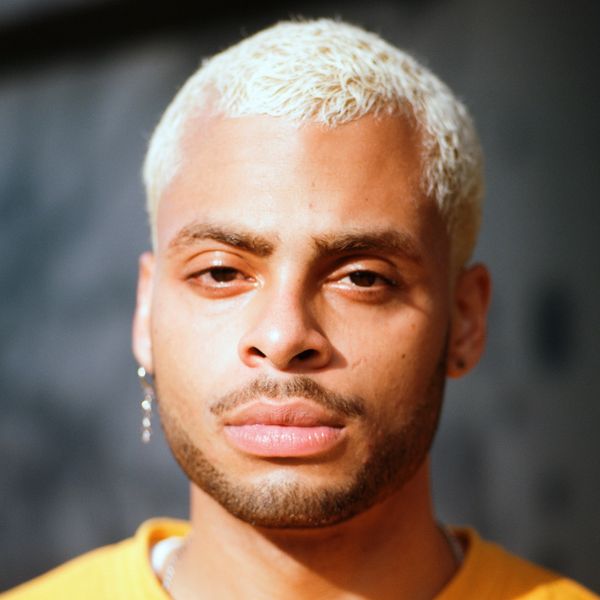 What the Hell Happened to Jovan Hill?

Though he's publicly no longer on the platform, Jovan Hill's presence on Twitter is ubiquitous. From his viral text posts to iconic catchphrases ("Let's do it baby, I know the law," anyone?) his impact on Twitter and, by extension, meme culture-at-large is undeniable. That said, it seems as if his online notoriety has rubbed some the wrong way — something catalyzed by his now-infamous New York Times profile — as he's faced a near-constant string of suspensions since earlier this year.

So it only makes sense that a seemingly constant chorus of questions surrounding his disappearance keep popping up from fans, promotional accounts, and celebrities alike. Unfortunately though, the answer isn't even clear to Hill himself — and, frankly, he's sick of the lack of answers.

"If they issued a statement, if someone emailed me being like, 'Fuck you, you're never coming back,' I'd suck it up," Hill lamented. "But it's like, you guys don't even give me anything. You don't say anything. Can I just know who hates me, because then I'll fuck off?"

Existing in this limbo is the most frustrating thing for Hill, who also hates that he has no definitive answers for his loyal following — many of whom have followed him to Instagram, though Hill says the visually-driven app just "doesn't hit the same as Twitter." Not only that, but many of them continue to @ Del Harvey, Twitter's Vice President of Trust & Safety, to little avail.

But it's not just Hill's followers the platform seems to be ignoring. According to him, a number of his influential friends — including Universal, Kehlani, and other big name creators like Michaela Okland — have also tried to reach out personally to several contacts at Twitter. (Editor's Note: Twitter also has yet to respond to PAPER's request for comment) However, Hill says they've been systematically ignored as well, even when they've been helped by Twitter employees in the past.

"One time, I asked about Jovan, and that's the only time she's ignored me," Hill's roommate and fellow content creator Jake Garner said about Harvey. According to Garner, while Harvey never responds personally, when he emailed her about his own suspension, he was back on the platform in a matter of minutes.

"He has more exposure than all of these other people and they all do get suspended in time," Garner added, before theorizing that there's someone "actively looking for his account." "It happens a lot faster for him though, especially if it's during office hours."

As an example, both Garner and Hill point toward the latter's @gayratactivist account, which was deactivated after a record-breaking 42 minutes. According to Hill, he's had a total of nine different Twitter accounts — all of which have eventually been suspended for seemingly no reason. And while he has his theories — amongst them some big-name enemies, automated bots reporting any new accounts, and Twitter's strict anti-spam policy — the lack of any definitive explanation continues to be a source of intense frustration.

Given the lack of response when it comes to his accounts though, Hill theorizes that there's a personal vendetta of some sort at work, especially since he's "done so much stuff for Twitter" and its community, as proven by the 800 million impressions he claims to have drawn to the site in a month.

"For me, being deplatformed, it definitely feels so targeted."

"How did they not know I exist if I'm in the New York Times talking about your fucking platform?" he asks, before joking, "Maybe I pissed off ? Jack, I'm sorry, girl. You're sexy. You're slaying, king. Love that new serum, but I didn't mean anything that bad."

On a more serious note though, Hill adds that while it's "all speculative at this point," it's "odd" seeing as how "even the worst tweets I've made don't touch Nazi shit."

"I'm not inflammatory. I don't instigate. I don't threaten physical violence like so many other accounts still active on there that actually have harmful impact," Hill says, adding that he likes to think of his account as a "beacon of positivity" that supports anyone struggling with mental health or LGBTQ-related issues.

"It's so weird that so many hate accounts can exist on there, and it's like, I'm the one who can't come back?" Hill said. "For me, being deplatformed, it definitely feels so targeted."

And while Hill sarcastically posits that, "maybe they're just not seeing the emails in some alternate dimension," he also can't help but be hyper-aware of the double standard at work when similar suspensions happen to his white friends' accounts.

"I don't want to say they're a bunch of racists, but it's starting to feel like it at this point," he said before pointing towards the way Twitter's also dealt with model Aaron Philip's handling of openly hateful trolls, noting that the way the platform addresses "Black people who get harassed is so odd."

He added, "They really don't care until it goes to this kind of level. I don't see why my emails don't work and everyone who's white does."

That said, Hill wants to make it clear that aside from the loss of income his suspension causes (though you can always help support him via Patreon), his biggest regret is not being able to talk directly with his ardent following anymore.

"I want to say I miss you guys so much. I really do," he said. "I'm so sorry I can't make the content we had so much fun making. I miss the replies. I miss bouncing off your idea. I miss your memes, the edits... I miss that shitty Periscope intimacy. I really fucking do."

However, he also isn't giving up — at least, until he gets an actual answer.

"Maybe we'll get it back, because I'm really trying so hard. I'm not trying to do anything crazy. I'm just trying to talk to my damn followers and vent," Hill continued, before concluding, "It's very vindictive, whoever hates me this much. I'm not sure what I did, but I'm so sorry to whoever I hurt. I really am. But, please, just like let it go. Please, baby. It's not that serious. Just let it go."