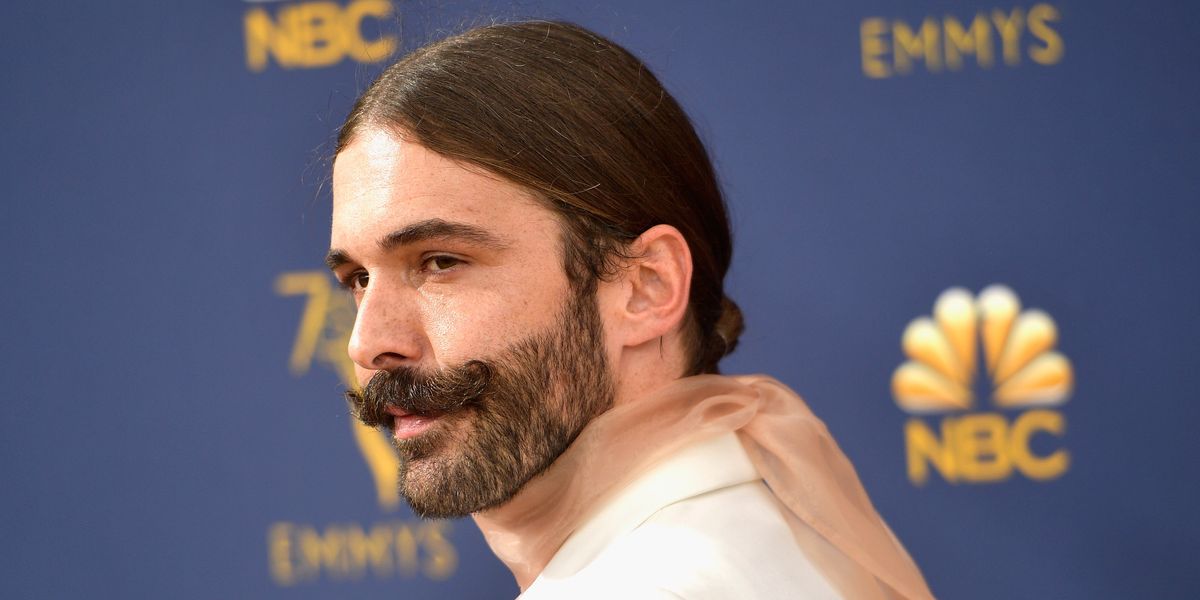 The original Queer Eye For The Straight Guy concept is that five gay men show hapless straight dudes how to live. Of course, on the new iteration, everyone's messy houses and lives are eligible for intervention. But generally, this is the lens through which we were introduced to the indefatigable cultural fantasia of Jonathan Van Ness.

Now, highlighting how rudimentary the original's notion of sexuality was and how Queer Eye has moved past it, Van Ness has revealed to OUT's Fran Tirado that he doesn't identify as a man.

While the entertainer says he prefers he/him pronouns, he told OUT: "The older I get, the more I think that I'm nonbinary — I'm gender nonconforming."

He continued: "Like, some days I feel like a man, but then other days I feel like a woman. I don't really — I think my energies are really all over the place. Any opportunity I have to break down stereotypes of the binary, I am down for it, I'm here for it."

In the introduction to the interview, Tirado clarified that Van Ness still likes he/him pronouns, but doesn't identify as a man, and is also happy with she/her.

The entertainer described how the stereotype of a gay man (like the one QEFTSG was founded on) made it hard for him to claim the term nonbinary. "I didn't think I was allowed to be nonconforming or genderqueer or nonbinary" he said. "I was just always like 'a gay man' because that's just the label I thought I had to be."

He also revealed that he's felt nonbinary for a long time: "I just didn't know what the name was. I've been wearing heels and wearing makeup and wearing skirts and stuff for a minute, honey. I just like didn't know that that meant — that I had a title."

Van Ness has always pushed notions of gender and sexuality, within the queer community and the mainstream. For the former, he's challenged femme-shaming (also a subject of the interview) with his diva public presence. For the latter, even as it becomes more common, simply rocking a beard and a dress on red carpet widens our understanding of the endlessly complex matrix of identity and presentation.

Now, Van Ness stands to be one of the most visible and powerful nonbinary people in the world, and he's ready to spread the gospel of gender fluidity.

The reveal has been met with a deafening response from the queer community, who are thrilled to see nonbinary representation at this scale. In particular, nonbinary folks like JVN, who choose to still use binary pronouns, are sharing their joy at seeing their complex stories recognized.

jonathan van ness has been my own personal hero ever since i started watching queer eye and now i connect with him… https://t.co/6vDdTMEqmY
— ANDY ✊🏼ACAB (@ANDY ✊🏼ACAB)1560212747.0

seeing yet another big name celebrity (this time jonathan van ness) come out as non-binary brings literal tears to my eyes
— buzzkill (@buzzkill)1560204310.0