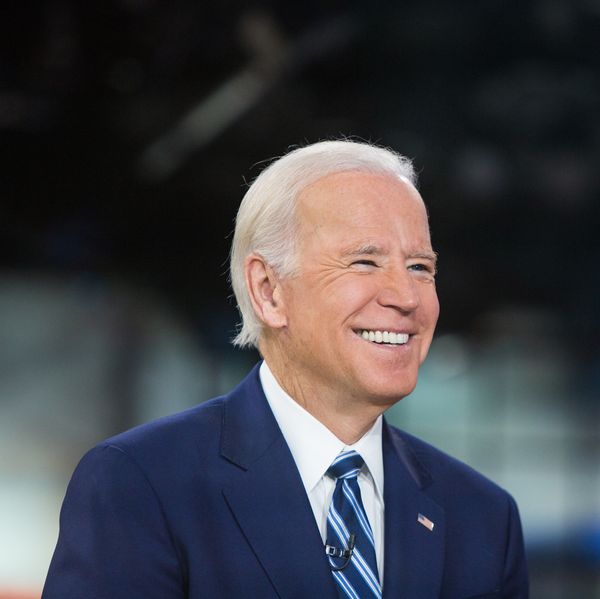 Former Vice President Joe Biden has long been an advocate for ending violence against women. Yesterday, while speaking to University of Miami students at an anti-sexual assault rally, the topic of President Donald Trump's objectification of women came up.

Biden didn't mince words, making it very clear that he thinks Trump is scum. He told the students that he would rather hit the president than debate him, saying, "They asked me if I'd like to debate this gentleman, and I said 'No.' I said, 'If we were in high school, I'd take him behind the gym and beat the hell out of him.'"

Biden was speaking at an event hosted by "It's On Us", an initiative started during the Obama presidency to put an end to sexual violence on college campuses. He went on to critique the argument that comments like the one Trump made about grabbing women "by the pussy" are merely locker room talk. He said, "I've been in a lot of locker rooms my whole life. I'm a pretty damn good athlete. Any guy who talked that way was usually the fattest, ugliest S.O.B. in the room."

Specific policy changes that end the backlog of untested rape kits, eliminate statutes of limitation to report rape, and ensure all assault survivors have access to adequate legal care regardless of race, class, or sexuality will likely do more for women and femmes who have faced sexual violence than the former Vice President traveling through time to beat anyone up. Still, the sentiment is certainly a welcome change from our current woman-hating political leadership.