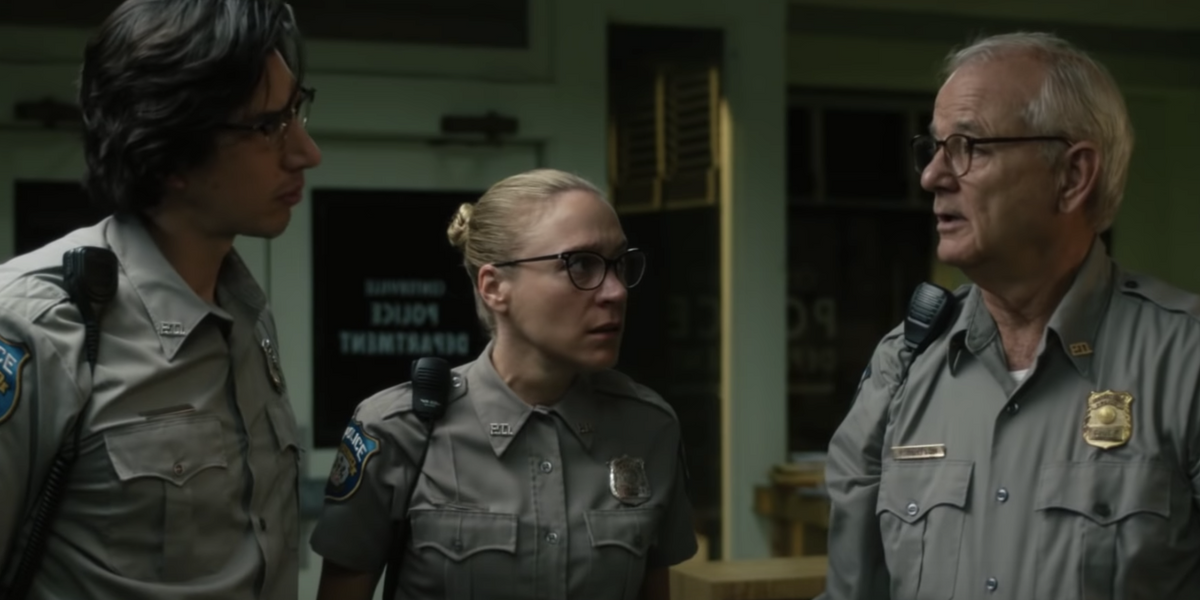 If we could literally dream up a movie trailer, it would be this first preview of The Dead Don't Die — an absolutely insane zombie apocalypse flick that pretty much stars half of Hollywood.

But who exactly is amongst the superstar billing? Well, for one, the film stars Bill Murray, Adam Driver, and Chloë Sevigny as three deputies in the town of Centerville who find themselves "battling a zombie horde as the dead start rising from their graves," per IMDb. And as Driver's characters says in the film's trailer, it looks like "this isn't gonna end well."

Written and directed by legendary cult favorite Jim Jarmusch, The Dead Don't Die also features the likes of Selena Gomez, Steve Buscemi, and Tilda Swinton as an off-kilter mortician. And in between appearances from Luka Sabbat, RZA, Caleb Landry Jones, and Tom Waits, it's set to be a hilariously surreal, thoroughly deadpan affair with a lot of swords, undead rockstars (namely, '70s rock icon, Iggy Pop), and zombie guts. Talk about all-around incredible.

The Dead Don't Die premieres in theaters June 14. Watch the first trailer for yourself, below.