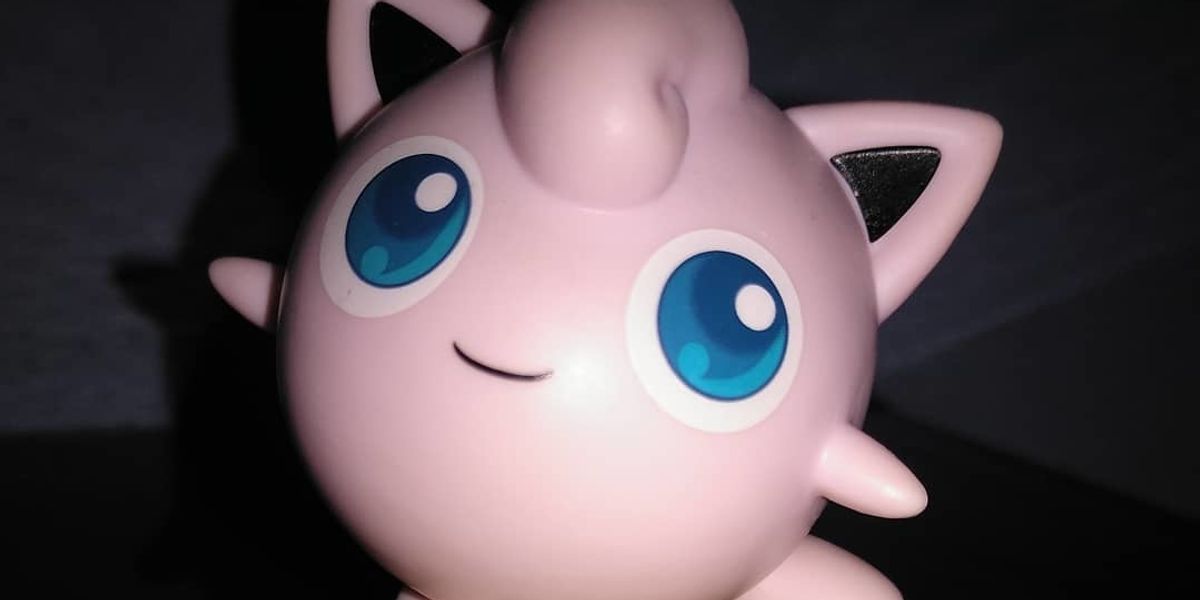 5 Musicians Who Should Score Jigglypuff's 'A Star Is Born' Remake

The internet is a wild and wonderful birthplace of conspiracy theories and dream collabs. On the heels of Detective Pikachu's electric rodent-centered narrative comes a great wish from the film's writers Dan Hernandez and Benji Samit: Jigglypuff should receive the justice of A Star Is Born remake of their very own.

Related | People Feel Like 'A Star Is Born' Was Robbed

The award-winning classic, made famous again last year by Lady Gaga and Bradley Cooper, was such a runaway success that the internet has already put in their bids for who should lead the next one. But also because Ally and Jackson Maine were such convincing opposites — Ally's singer-songwriter turned orange-wigged choreographed phenom to Jackson's tortured rock "genius" — it feels impossible to imagine Jigglypuff singing anything but "Shallow" and "Why Did You Do That?" Can you imagine?

Also, who did this:

Assuming the Detective Pikachu writers are given the green light to make our wildest, gayest dreams come true and send Jigglypuff on their much-deserved road to Oscar glory — to make up for the injustice of Gaga's awards-season robbery — we've gone ahead and put forward some early contenders to compose its surely iconic soundtrack.

We have also decided that Primeape, the scraggly-haired, beleaguered fighting Pokémon, is the Jackson to Jigglypuff's Ally. Scruffy zaddy Cooper and Primeape kind of favor each other, no? Anyway, no one will sleep on non-binary, femme superstar (yes, pronouns are they/them) Jigglypuff by this time next year if we have anything to do with it. You're welcome.

Ever the internet underdog (remember when she was unnecessarily murdered?), Momo, our Number One pasty-faced bird-human hybrid should totally be tapped to write the songs outlining the arc of Jiggly and Primeape's budding romance. Since Jigglypuff unfortunately doesn't have a nose, they will be tracing the outline of their permanent Jheri curl, much to Primeape's sexual delight! Primeape and Puff will also stake out a convenience store parking lot to bare their dark, tortured souls to one another in the form of song! Momo, who is blessed with a haunted gaze only a mother could truly love, can mine these feelings of being lonely and misunderstood innately. I feel that the Momo-produced studio versions of Jigglypuff's early duets with Primeape will sound like a mix of stormy witch house, death metal, and also, the soundtrack to Alfred Hitchcock's The Birds!

Related | Momo Tells Her Side of the Story In Exclusive Interview

No shade to Ms. Petras, who we adore, but isn't there something about her overall essence that just screams Jigglypuff bubblegum fantasy? Like Kim Petras, Jigglypuff is mystical, tenderhearted, and undeniably built for stardom. What would it be like if Jigglypuff squawked a version of Petras' new pop powerballad "Broken" (Jiggly's "Shallow") as their big breakout? Thankfully, it would be lighter — but no less "authentic!" —than the early stuff by Momo. The moment would undoubtedly herald their transition from Jiggly the acoustic realist to the SNL-headlining diva. Primeape is somewhere on the sidelines, talking shit, hating, and drinking.

Now that Jigglypuff has fully sold out (in Primeape's eyes) and become That Bitch, they are also enjoying the fruits of their success with many a bop, and nary a dud in sight. SOPHIE and her high-octane latex pop would be perfectly suited for the songs depicting Jigglypuff's fame at critical mass. Jigglypuff and Primeape can't get any privacy, unfortunately, and flashbulbs follow them everywhere they go, whether to the PokeMarket or to The Grammys. During which Primeape has a full-on meltdown and pisses himself before he accidently socks Ashley Frangipane aka Halsey in the face on stage whilst thrashing about and ruining Jigglypuff's big Grammy winning moment. There is also some sort of post-scandal interview with Diane Sawyer or somebody who does post-scandal exclusives. Cue the supercut of all the above happenings to Jigglypuff's squeaky-Styrofoam rendition of SOPHIE's "Immaterial" and/or a SOPHIE-produced remix of Lindsay Lohan's "Rumors." Can you imagine (a world like that)?

Now that Primeape has been put away — first to jail, as Halsey decided to press charges, then to rehab — a wounded Jigglypuff is trying to find the strength to write a proper comeback that makes a sad situation a little sweeter. Ariana Grande knows all about this, having written both Sweetener and thank u, next in light of her own struggles, plus we know she loves Pokémon. I can already picture Jiggly and Grande's therapeutic writing sessions, complete with gifted diamond rings from Tiffany's and pad thai. By the time Jigglypuff has gathered the strength to visit Primeape in rehab, they've already written their own "Sweetener" with Grande. In that touching scene between the two star-crossed lovers, Jigglypuff sings it a capella. As the bittersweet love song echoes through the rehab facility's halls, Primeape, other patients, and all facility employees fall asleep. The nerve! All hell breaks loose, as Jigglypuff graffitis the joint (the "7 Rings" narrative is complete!) and sneaks out undetected, ducking into a black car and dodging pesky paps.

How should this fantastical A Star Is Born tale starring Jigglypuff and Primeape end? We've decided that maybe Primeape shouldn't kill himself, because that was super triggering, but rather, it might be more interesting if he got caught up in some sort of money-laundering situation or had to deal with the IRS for tax evasion? That way, Jigglypuff gets to become something of a Gucci-clad mob wife and experience yet another pivot that will make for a probably terrible sequel. Or not! Cardi B, who I feel might also secretly love Jigglypuff, is the only person I can think of who can make their third act gangstress storyline come alive with wit, humor, and crowd-pleasing raunchiness. Think of Jigglypuff rapping Cardi's iconic verse in City Girls' "Twerk," or like, installing a stripper pole while playing a piano nude, rocking 4,000-inch platinum bundles with a la "Money." Don't act like you don't fuck with the vision.