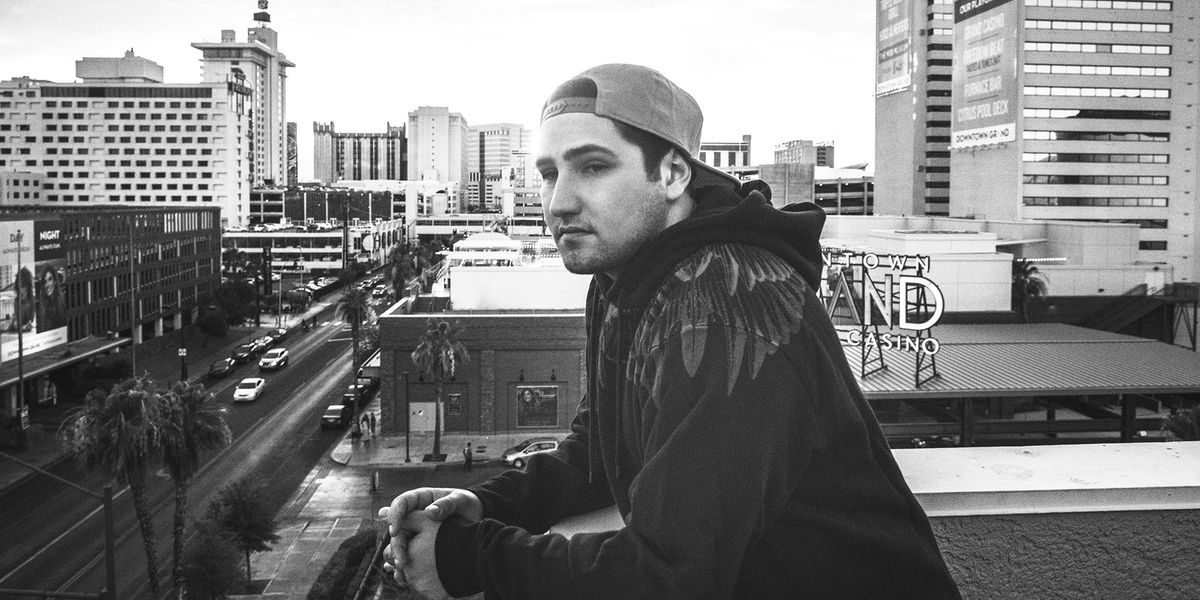 Jauz Won't Stop Until He's Made His Mark

When you think of Las Vegas, the glamorous casinos, five-star restaurants and iconic shows come to mind. But electronic DJ/ producer Jauz is the first to remind you that Vegas now belongs to EDM as well. He points to Tiësto, one of the first DJs to turn the city into a dance music mecca. "Man, he's probably been playing Vegas for 20 years now," Jauz, born Sam Vogel, says. "When Tiësto started, there was no [dance music] culture, and now electronic music is the thing to do in Las Vegas." It's the kind of claim that's easy to brush off as hype, but for someone whose moniker translates to "bullshit" in slang specific to his San Francisco high school, Jauz seems refreshingly free of it.

The DJ's fascination with music started at age five thanks to an interest in the Backstreet Boys. Jauz became a metalhead in high school, but when a friend introduced him to the glory of production software, all bets were off. His first productions were a natural progression from his metal obsession, thrashing whirls of hard- hitting dubstep that could alternately thrill or terrify you. When Jauz started putting remixes of hits like Ed Sheeran's "Sing" on SoundCloud, he captured the attention of superstars Skrillex and Diplo, who would become future collaborators. He began producing original music, and after some of these tracks, like the hypnotic "Feel the Volume," went viral, he started fielding residency offers at Vegas nightclubs Omnia and Hakkasan, where the trailblazing Tiësto still has a weekly residency.

In the past two years, Vegas has cemented a permanent spot in the DJ's heart, as home to his favorite shops (12:AM Run) and restaurants (Morimoto) and a spot to reunite with childhood friends who see him play whenever they can. But it was his first mainstage set at the city's premiere EDM festival Electric Daisy Carnival earlier this year that sealed the deal. "I just remember taking the [golf] cart, and you take a turn and you can finally see the stage. It was the first time in a year and a half that I was actually shaking."

Most importantly, his club shows have helped him grow as an artist and be able to handle even the strongest judgments. "It's definitely made me become a lot better of a DJ and performer, because instead of just going out there and doing whatever I want, thinking 'it's gonna be a great show no matter what,' I really feel like I have to put in that extra 20 percent to really think about how can I structure my show to make it interesting to people who don't even know what electronic music is, and also put my spin on it and tell my story." Slowly but surely, Jauz is converting critics into loyalists.