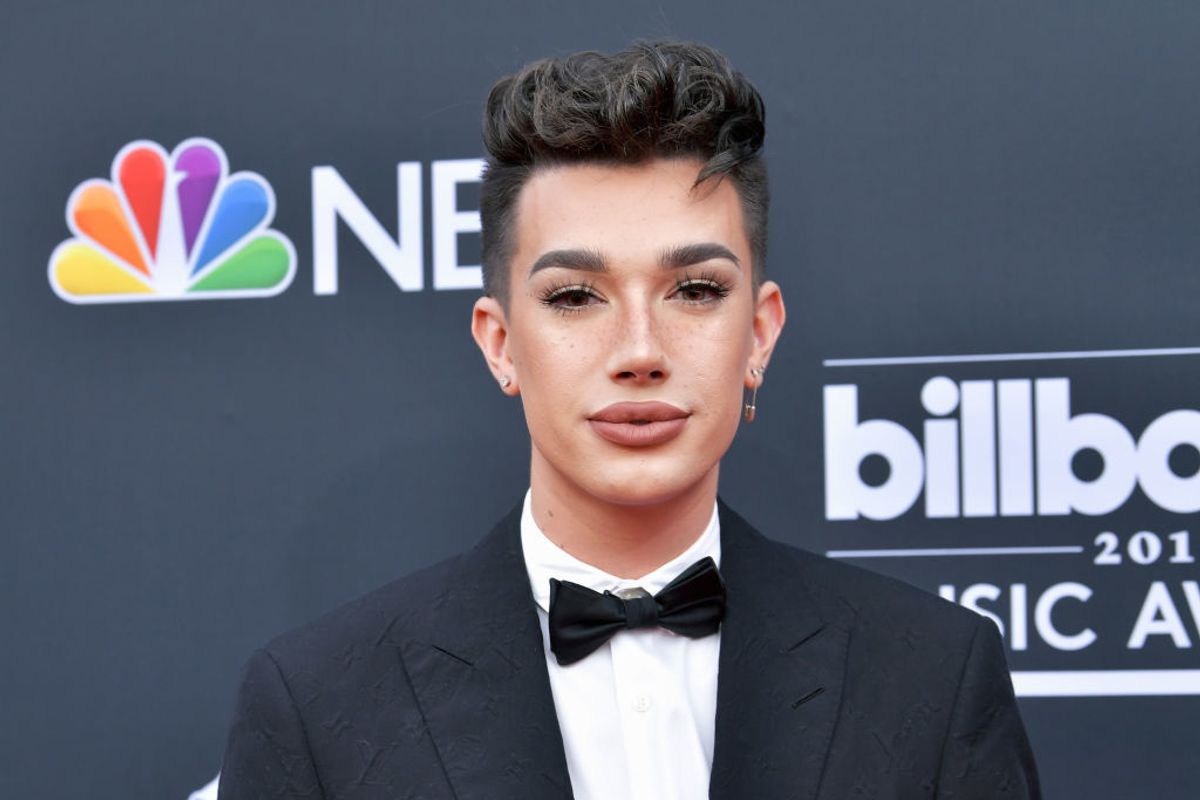 As the James Charles saga draws on, the young influencer has lost close to two million subscribers, and it doesn't seem to stop there. The dramatic drop started after YouTube beauty guru Tati Westbrook posted a video on Friday cutting ties with Charles and calling him out for his privilege, among other things.

"Fame, power and a fat bank account will change almost anyone. If you don't have people that will tell you to your face that you are doing the wrong things, you will change." she said. "I tried to be that person for you, James. I really tried. I don't think there's any getting through to you and I don't want to be friends with you, I don't want to be associated with you and I need to say that very publicly so that chapter can be closed."

In an attempt to repair the damage, Charles then posted an apology video of his own asking Westbrook to forgive him.

Unfortunately for the blogger, the internet continues to side with Westbrook. In fact, things seem to be so grim for the 19-year-old that there is now a full blown live subscriber count keeping track of the amount of followers Westbrook has gained versus the amount Charles has lost.

To recap, the drama started after Charles endorsed Sugar Bear, a sleep vitamins brand instead of Westbrook's own vitamin beauty label called Halo Beauty, which she saw as a betrayal. Although the internet sympathized with her, the vast dismissal of the influencer rests in a number of different problematic actions and statements on his part.

For one, Charles has been accused of "manipulating" straight men and being a "predator." In her video, Westbrook relayed an instance where he reportedly tried to "trick" a straight waiter into thinking he's gay.

"Oh my god! You tried tricking a straight man into thinking he's gay yet again, and somehow you're the victim." she said. "You know, it's really disgusting to manipulate someone's sexuality, especially when they are still emerging into adulthood and don't have everything quite figured out. You are using your fame, your power, your money to play with people's emotions. You're threatening to ruin them. You're threatening to embarrass them. And you're doing that to have them behave sexually in your favor, even if they're straight. And you know what? That's not okay."

Pop star Zara Larsson then called out Charles for sliding into her boyfriend's DM's, confirming his alleged habitual ways. "I'm cackling because he hit up my boyfriend in the DM's several times knowing damn well he's straight," she said after reposting a clip of Westbrook claiming Charles was a predator.

Twitter users chimed in substantiating the claims of both Larsson and Westbrook, with their own stories and videos that apparently showed Charles admitting to pursuing straight men.

"This isn't a #JamesCharles vs Tati thing, this is a predator vs prey thing. James Charles has publicly spoken about clout chasing several times, all while he has been using clout as manipulation behind the scenes to prey on and fetishise straight males. THIS. IS. NOT. OKAY." one user added.

To make things worse are his recent transphobic comments about transgender men where he seemed to have implied they were the same as cisgender women. After assuming complete silence for a while, the blogger issued an apology when he drew intense criticism for it.

"In attempt to explain the very complex concept of sexuality (& mine) in my vid today, I unintentionally implied that my trans brothers & sisters arent valid. this is NOT what I was trying to say. you are valid in your identity!! I apologize & should've chosen my words wiser," he said in a Twitter post.

in attempt to explain the very complex concept of sexuality (& mine) in my vid today, I unintentionally implied tha… https://t.co/cQK3A58z6O
— James Charles (@James Charles)1555104875.0

Charles then went on to deem his Met Gala attendance a big step for "influencer representation," equating the group to actual oppressed and marginalized people. The post continues to live on his Instagram with no apology in sight.

Despite the problematic nature of his previous comments, it's interesting that the only time Charles did make a genuine attempt at an apology was after he started to lose followers in bulk. Naturally, fans are now suspicious if his pleas are sincere or just an elaborate gimmick to garner sympathy and hold on to his subscribers?

Watch this space for further developments on the on-going drama.