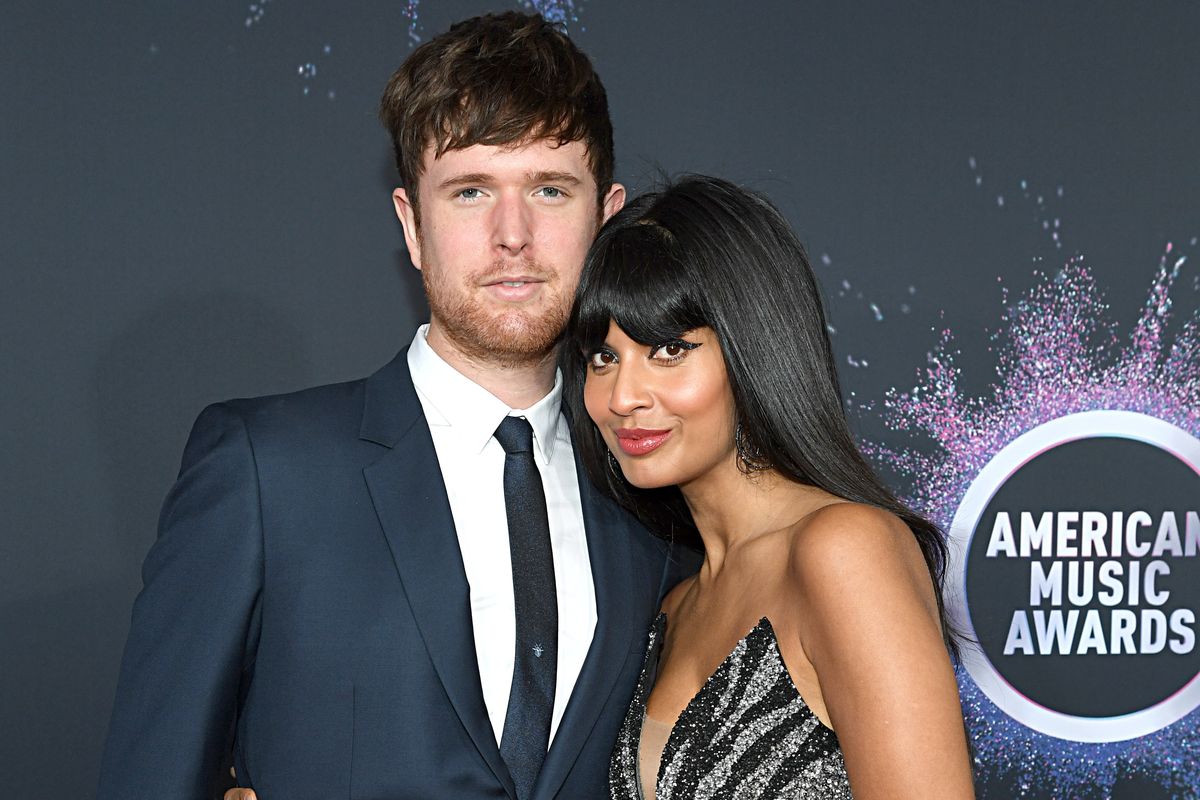 James Blake has issued a public statement defending girlfriend Jameela Jamil against a viral accusation claiming the actress has been fabricating her illnesses.

In a series of Instagram stories from earlier this week, writer Tracie Egan Morrissey alleged that many of Jamil's stories were inconsistent and indicative of Munchausen syndrome — a mental illness characterized by a person faking health issues for attention.

Needless to say, Jamil ended up responding to Morrissey's accusations via her own Instagram post, in which she dubbed her "some weirdo stalker" who "in her rush to bully and drag... forgot to read." And while it should've stopped there, Morrissey further escalated the situation by posting alleged screenshots of her DMs with Jamil via Patreon.

Some weirdo stalker started a viral conspiracy thread on my having munchausens apparently. She thought that because my car accident stories was “different” .... that’s because they were about two separate car accidents 13 years apart. In her rush to bully and drag, she forgot to read... 🤓 But after a few hours of feeling upset that I’m being gaslit and targeted for harassment... I sort of realized... oh. Ok. Some people have sad, empty lives. And doing this gives them some purpose. And I don’t have to do stuff like this because I have a purpose in @i_weigh and all our beautiful policy change and fights for legislation to protect young people. So now I think all of the accusations are hilarious and I’m starting my own rumors. Write your best rumor about me below!

In the wake of all this, Blake has finally decided to speak up against the "disgusting lies" surrounding his long-time girlfriend and hit back at those questioning Jamil's intentions.

"It's pretty disgusting to watch the woman I love just be dog piled on every day for such ridiculous things," he began, contending that Jamil has never brought "deliberate harm" to anyone. "She's just done her best as an ever learning human, as most of us are, to help other people with her privilege. She does this because she had such a difficult life. Because she doesn't want others to feel alone, gaslit, or ashamed the way she has."

Asserting that all of her illnesses were real and that he's witnessed their debilitating effects firsthand, Blake went on to argue that "her being attractive, tall, and successful doesn't mean she hasn't been sick."

"I am there for her swollen joints, her dislocations, her severe allergic reactions, her constant high fevers," he continued in his plea for people to stop judging her. "I was there for her concussions, her three months of seizures when the doctor gave her the cancer diagnosis, and for all her operations and their complications due to EDS. I can feel the lumps in her back from the car accident and see all the scars."

Later in his note, Blake also pointed out that while Jamil may be a well-known public figure, most of us "don't know what her life is, and has been."

"But I do, and I'm not gonna stand by and let some total strangers try to push my girlfriend over the edge to what… stop her from helping kids with eating disorders? Stop removing mainstream shame of talking about mental health?" he said, before concluding, "What are any of you even doing? And why are so many of you enjoying this? It's sick to watch, and I don't ever see men treated like this, the way we tear women limb from limb."

I would have spoken on this earlier but Jameela asked me not to. Please read x pic.twitter.com/edpC3BRwd8