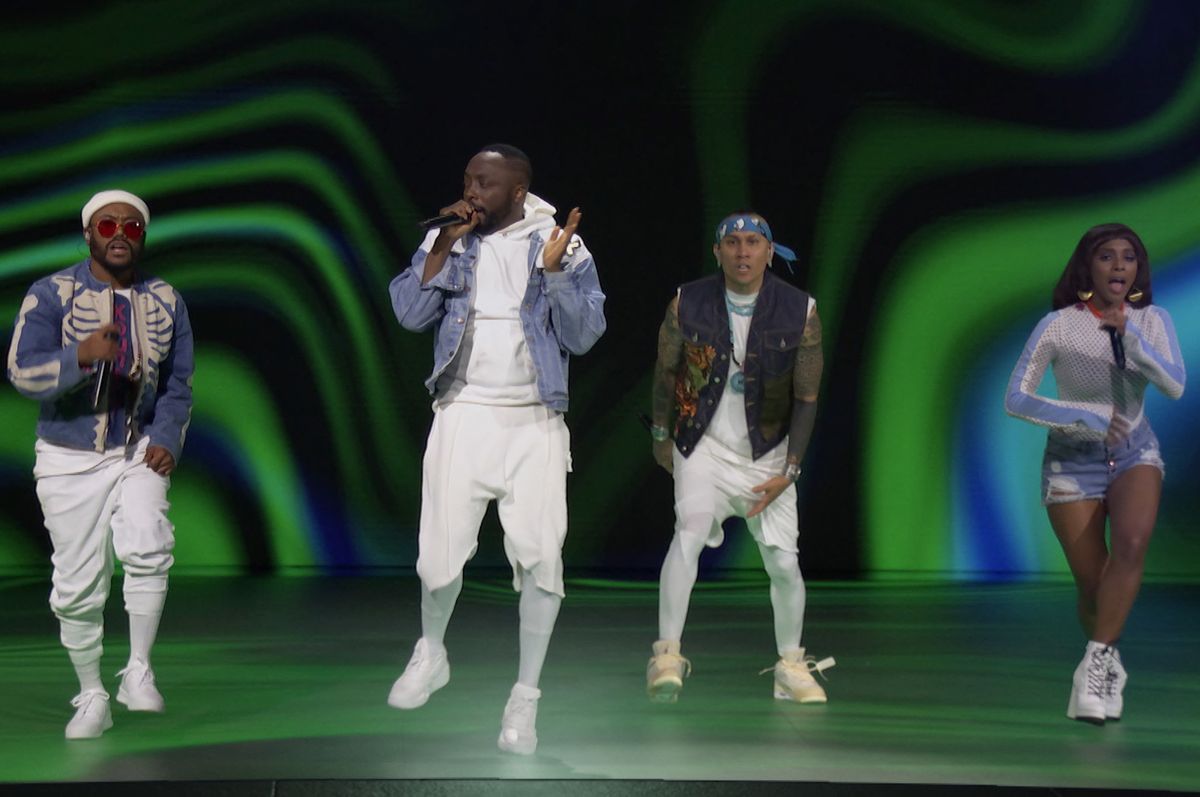 Who Replaced Fergie in the Black Eyed Peas?

The Black Eyed Peas gave an interesting (to say the least) performance to close out the 2020 VMAs. Performing "VIDA LOCA" and crowd favorite, "I Gotta Feeling," something was clearly different about the group. And no, not because of their light-up crotches, which frankly, deserve their own story.

The really important question is: who replaced Fergie?

Meet Jessica Reynoso, who goes by the stage name J. Rey Soul. She first got involved with the Peas when apl.de.ap selected her for his team on The Voice Philippines, where he is a celebrity judge.

J. Rey Soul was involved with the Peas' recent Latin-inspired album, TRANSLATION. She's featured with Ozuna on "Mamacita" and also appears on her own for "TONTA LOVE." When the Peas revealed this album, they also announced that Fergie was going to be stepping back for personal reasons.

"We love her, and she's focusing on being a mom," will.i.am said in an interview with Billboard. "That's a hard job, and that's what she really wants to do and we're here for her."

Though they miss their OG queen, this paved the way for J. Rey Soul to pick up the slack for a while. She's already performed with them in virtual gigs like the Macy's Fourth of July Fireworks Spectacular and The Late Late Show With James Corden, but her excitement radiated through her performance at the 2020 VMAs.

"Can't believe I finally got to be on this stage!" J. Rey Soul said in the post. "From watching back home in the 🇵🇭 to actually being nominated and closing the @VMAS show LIVE!!" After thanking all of the Peas, she finished the post with "We just getting started 😼🔥"