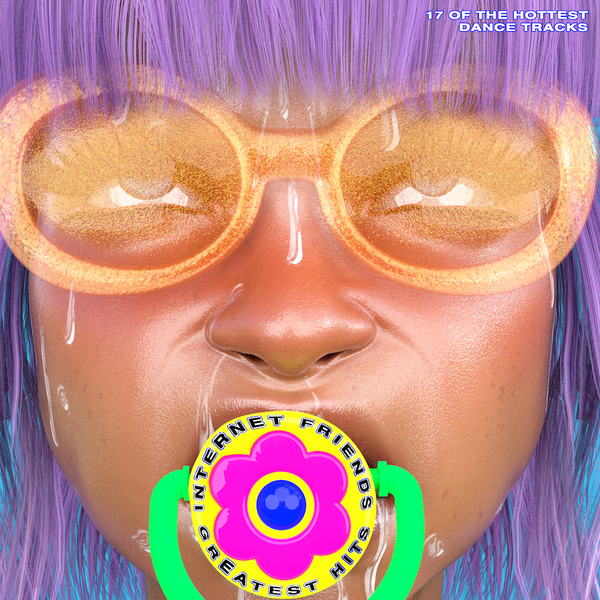 Chances are if you've been out partying in Miami recently, you've been to an Internet Friends party, and if you haven't, sorry —you're probably not cool enough!

The queer collective Internet Friends, headed up by Miami-based DJ and artist Gami, has been making waves in the nightlife scene over the past few years, notorious for throwing some of the most legendary raves around. The various multi-disciplinary artists in the collective each bring their own unique style and sound to the table at any given soirée, but there's always one constant: head-banging, eardrum-shattering, mind-blowing music. This constant is a given on the Internet Friends debut compilation, Greatest Hits.

The genre-bending energy on the compilation was a must for Gami, who organized its creation. "Internet Friends has featured mixes and other content in the past, but I wanted to end the year with something special, something close to me, which is the rave energy," Gami tells PAPER. "I've collected some '90s and 2000s CD compilations and would listen to them in car very often, 'cause I don't have an AUX cord, so this compilation is heavily inspired by those super kitschy CDs and vinyl I've collected."

"The venue, the energy and the music, it's super fun going back to our DIY roots. The warehouse is pretty massive," Gami says of the upcoming Internet Friends party during Art Basel, headlined by modern nightclub icon LSDXOXO. While Gami notes that sometimes at smaller venues it might feel like DJs or attendees hold back, the multi-stage December 6th party will be sure to kick off Basel with a bang.

Get your tickets here and listen to Greatest Hits, below.