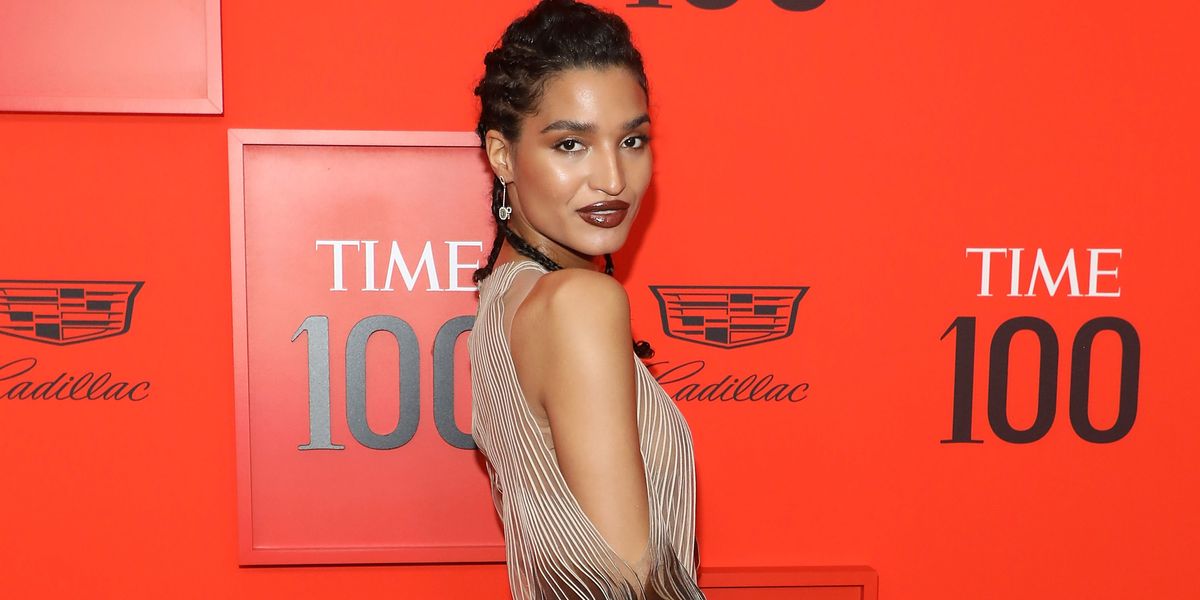 Indya Moore Opens Up About Being a Sex Trafficking Survivor

Pose breakout star Indya Moore revealed that they are a survivor of sex trafficking.

In their history-making cover (they are the first nonbinary trans person to be featured by Elle), Moore talks about how they turned to the internet at 16 in order to find female hormones.

Explaining that they met people on Facebook who promised that they could help "get the money that I needed to be a woman," Moore began taking directives from these people who were "basically, my pimps."

"I didn't understand what sex trafficking was at the time," they said, before later adding, "I was just a kid."

"They told me that all I had to do was play with these men who will come in for a moment to see me and play with me and then they'll give me money," Moore continued. "I stayed with them, and they had men come over and have sex with me." They also were told that they "needed to do it continuously so that I could afford hormones."

We don't always have access to the tools we need to break wall, break ground & Reconstruct space invading infrastructure that is designed homogenously & exclusively. so many of us use our hands, arms legs & feet, have died in the process too, Just to weaken these infrastructures enough so that people with tools and break them. I am so grateful for them- all the trans and gender non-conforming people who have attacked these walls, chipped and even broke part of and so much the infrastructure down with bare fist and foot. I am so grateful for everyone within the infrastructures who have chosen to listen, watched, stepped out to see the people around these structures that have been marginalized and locked out for having different experiences & have helped to break down these structures of priviledge and take that labor from those who die because of a lack of access, and fall short of visibility because of lack of access & safety... There is so much more work to do- so much more listening so much more intentionality, & vindicational work that must be done for marginalized people. ELLE: @elleusa Editor in Chief: Nina Garcia @ninagarcia Photographer: Zoey Grossman @zoeygrossman Stylist: Charles Varenne @charlesvarenne Hair: Hos Hounkpatin @hoshounkpatin Makeup: Vincent Oquendo @makeupvincent Manicure: Marisa Carmichael @marisacarmichael

Not only that, but after moving in with their then-boyfriend's family, Moore said they had to continue in order to help out with money and food.

Elsewhere in the interview, Moore also opens up about their time at Rikers due to an assault charge stemming from a fight with their boyfriend, being bullied, and taken off hormones. Read the entire piece here.