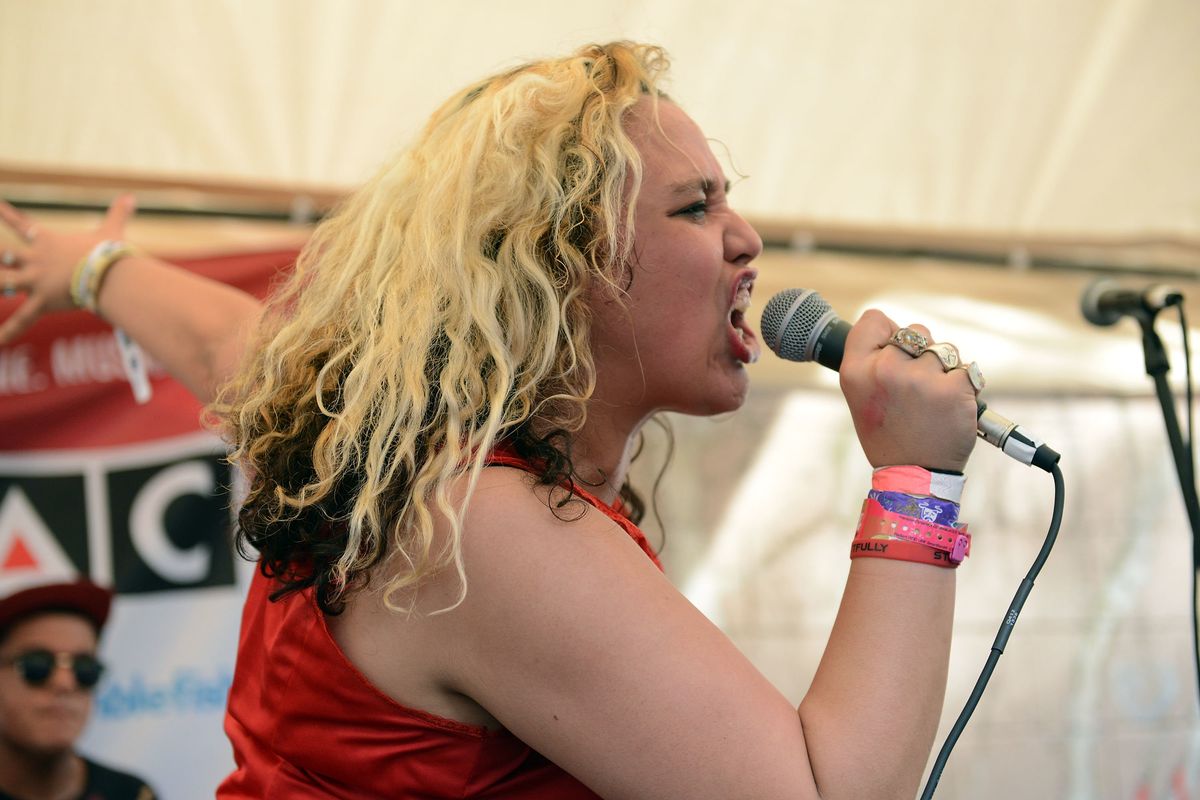 While mainstream acts will weather the storm of COVID-19 with savings and royalties, most indie musicians make a living from touring, thanks to Spotify's rate of $0.006 and $0.0084 per stream. That means with festivals and venues shuttered, your favorite indie bands are going broke. They need to pay rent, buy groceries, care for their families, and take time off their day jobs if they get sick, just like everybody else.

A coalition of indie musicians are organizing on their community's behalf. Punk band Downtown Boys and the organizers of the of No Music for ICE campaign have launched a petition demanding unemployment benefits for musicians during the pandemic. Addressed to congress as well as state governments, the open letter demands that unemployment and other COVID-19 relief benefits to be extended to self-employed workers (a category that includes most bands and musicians). Over 400 bands and artists, including Snail Mail, Soccer Mommy, Bikini Kill, Algiers, Girlpool, Fugazi, Neutral Milk Hotel, Angel Olsen, Passion Pit and Speedy Ortiz have signed on.

The petition points out that while COVID-19 has it many industries hard, "musicians, touring workers, DJs and other gig economy workers are hit particularly hurt" given self-employed people pay taxes on their income, but are typically "ineligible for unemployment, paid sick leave, or other benefits under our current system." The authors note that unions like SAG-AFTRA and IATSE (International Alliance of Theatrical Stage Employees, which represents technicians, artisans and craftspersons) are pushing for similar measures.

"We ask that you ensure the next Federal relief package includes the extension of unemployment and other benefits to all musicians, DJs, and all gig economy workers who have lost their income due to COVID-19," the letter reads. "Workers should be able to use any income — including 1099 earnings and demonstrable anticipated future income wiped out by COVID-19 — to apply for unemployment and other benefits."

Musicians were already in financially risky positions, the petition stresses, thanks to inadequate and increasingly reduced funding for the arts.

"According to a 2017 survey… the median income of a working musician was $21,500, far below the median US income of $31,900. Most musicians are forced to work second jobs, often elsewhere in the gig economy," authors argue. "Public funding for the arts offers little assistance to US musicians. The NEA (National Endowment for the Arts) provides $8 million of funding for music among a US population of 321 million people, as compared to France, which dedicates $307 million to its 67 million people, or England, which gives $227 million for a population of 43 million."

It looks likely the coalition will get at least some of they're asking for. We won't know what red tape might exist till it goes into effect, but the White House and the Senate have reached a deal, and are now just waiting on the House to pass a $2 trillion coronavirus stimulus package that reportedly includes unemployment insurance for gig workers, furloughed employees and freelancers who are usually ineligible, reports NBC. It also is presumed to include the direct (one-time cash payments) of $1,200 for Americans making under $75,000 a year.

The music world has also been working hard to take care of its own. Artists made four million in sales on Bandcamp last Friday, when the streaming service waived their profits for 24 hours. Musicians and venues are organizing crowdfunding campaigns and livestream shows to try to bring in cash for bands and laid off music workers. Meanwhile, Spotify is enabling a feature for artists to fundraise directly from fans and matching donations to artists organizations like MusiCares, PRS Foundation, and Help Musicians up to $10 million, though they're being called out for taking one-time actions, instead of making their streaming model more artist friendly.

Hey @Spotify just an idea but instead of getting us to donate why don't you pay artists fairly in the first place https://t.co/1cOeHVUrKU
— Gemma Surrage (@Gemma Surrage)1585163251.0

hey @spotify, while every musician in the world can't play shows, maybe you would like to dramatically increase the… https://t.co/mmbdC7yFZR
— Stars (@Stars)1584482124.0