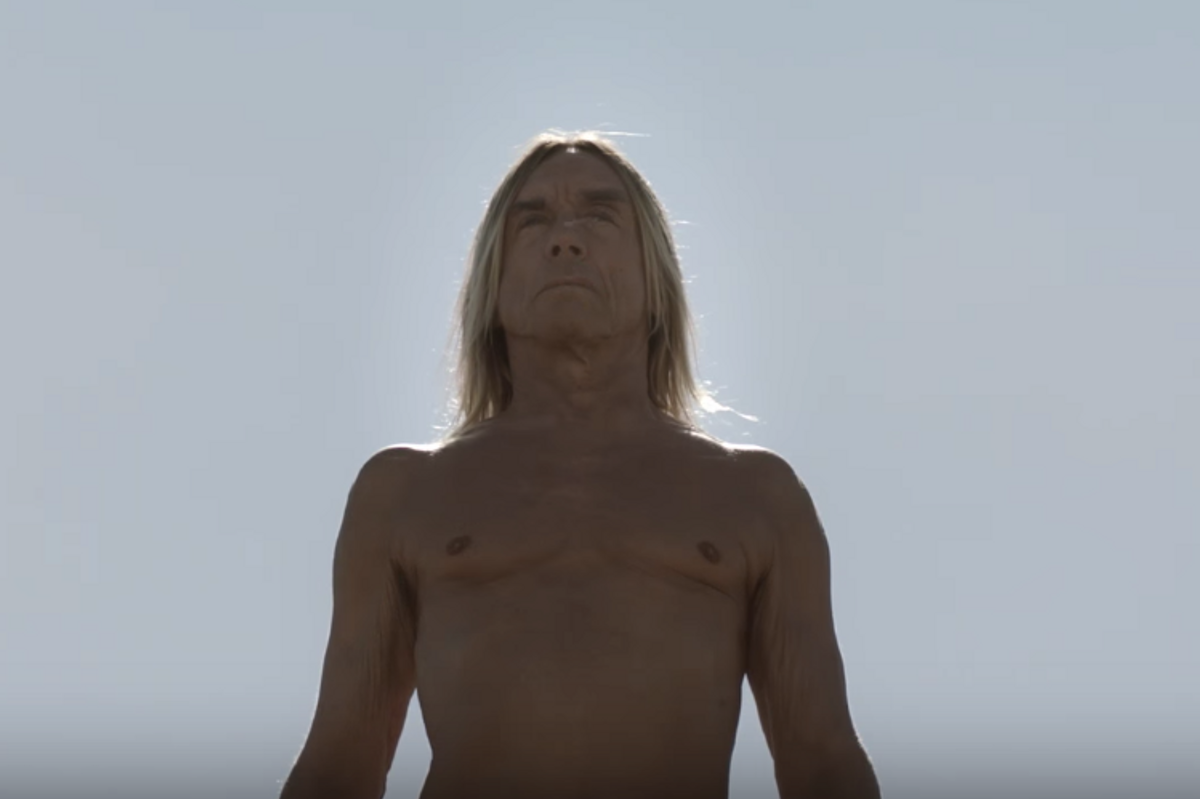 Chronically shirtless rock god Iggy Pop turned into an omniscient angel for Sophie Blondy's French art house fantasy film Starlight, in theaters on May 9th. (The film has been in production since 2013, but only just got a release date).

In the film, Iggy plays an angel overseeing the bitter jealousies and passionate love affairs of a group of circus performers living on the edge of the North Sea.

"Each performer rehearses and performs new numbers, but this fragile balance will quickly shatter to unveil their real nature and their most obscure feelings," the film's official synopsis says. "The circus will then become a place of romantic lust where each will use their powers to satisfy their desires."

Iggy Pop is no stranger to the silver screen, having appeared in Terrence Malick's Song To Song, Toby Tobias' Blood Orange, and even Star Trek.

Watch the trippy, beautiful trailer for Starlight below: