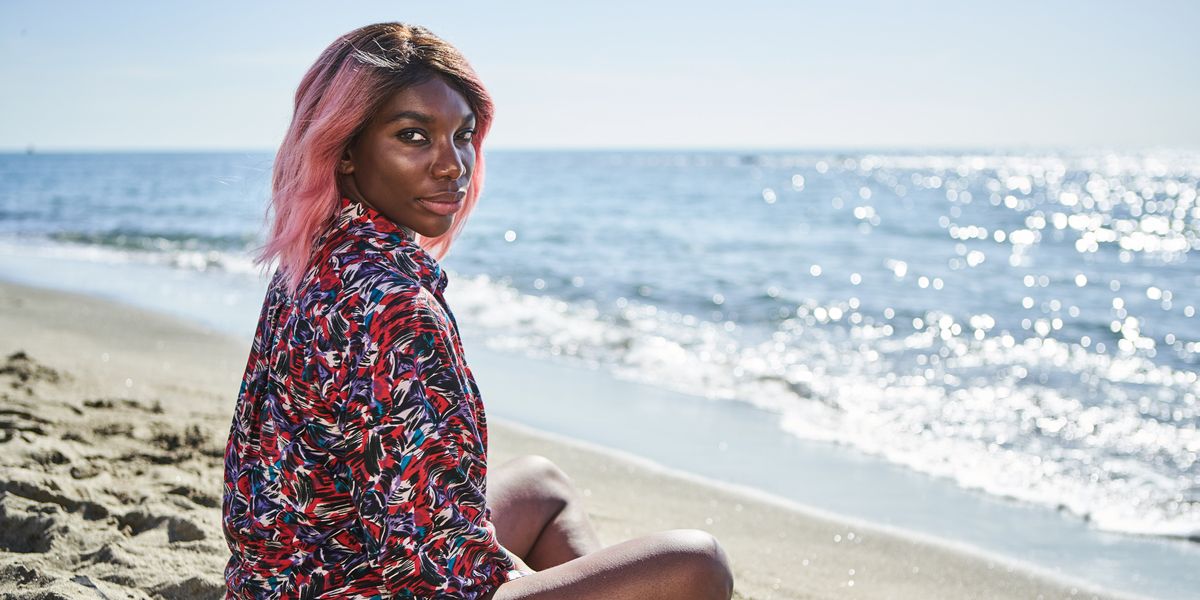 How 'I May Destroy You' Challenges Our Perceptions of Sexual Consent

Within the moral universe that HBO's I May Destroy You is set, consent is not simply about those one-on-one interactions which either confirm mutual sexual interest, or lead to infringements of personal liberty and bodily autonomy. This isn't to say Michaela Coel's drama muses on the "grey area" of sexual consent — that introduction of doubt which those who sexually violate rely on to escape accountability.

Rather, it moves the concept of consent beyond what may be litigated between two parties. The series expands and interrogates consent to make clear how it shapes our lives through a series of written and unwritten social contracts, and also how social contexts may enable, constrain or even make dangerous the very idea of permission.

That is what makes I May Destroy You so uniquely complex: it deliberately jars the typical parameters of our sexual-political discourses to move beyond dichotomies of good and bad, or perpetrator and victim.

Episodes 9 and 10 are distinct; alongside episode 5, which documents the immediate aftermath of Arabella being stealthed by Zain, neither episode introduces a new incident of sexual boundaries being violated. Instead, they reflect on and relitigate past events and transgressions.

In episode 9, "Social Media Is a Great Way to Connect," our complex, imperfect protagonist Arabella has returned from Italy, where she travelled in an ill-fated attempt to reunite with her semi-requited lover Biagio, who rejects and threatens her with a gun. Arabella had projected an impression of safety from her distant lover, which she had hoped to regain by rekindling with him — but having been rebuffed, she attempts to replace this feeling of security with the presence of online strangers.

Situated in a digital community of sexual violence survivors, Arabella emerges as a Queen Bee, having developed a social media cult following after her public exposé about Zain reaches viral attention. Arabella finds that she has inspired copycat exposures, which have manifested as even more compromising disruptions of perpetrators' personal lives. "Here's my rapist's home address," writes one of her comrades on the timeline. In a phenomenon called "doxing," the private, identifying information of perpetrators is published online. Since these men have sexually violated others by failing to establish consent, the hurt party seeks to jeopardize the perpetrators' safety and social value.

Despite Arabella being decorated with heroic splendor after exposing Zain, we are not invited to make any kind of judgement of doxing from her legion of social media fans. Rather, this retreat into the comfort of an all-licensing social media fanbase and the behaviour it enables come to highlight the way Arabella struggles to process her rejection from Biagio, her stealthing by Zain, and having been roofied by an as yet unknown assailant. Arabella begins to eat herself alive, but under the false pretence that she is being nourished by her own flesh. And in this way, Arabella attempts to regain control over her life by policing who she does and does not consent to have social access to her, not realizing that her permissions and restrictions may be doing herself, and those around her, more harm than good.

When Arabella is out Halloween costume shopping with her best friends Kwame and Terry, she is approached by one of her social media fans, a Black man who remarks on how Arabella's story has emboldened him to seize control over his own victim narrative. He discusses how people are enabled and constrained from speaking about pain due to the power dynamics enforced by sexual exploitation. In his case, he is a Black man who suffered child sexual abuse from a straight white man. But what Arabella doesn't register is that her position as an anti-rape advocate on social media, inviting others to share their most traumatic experiences, has led to those around her being unwillingly exposed to unfiltered, explicit details of sexual assault.

This is emphasised by Kwame who says, "This echo chamber is freezing, I'm cold," reflecting his discomfort at hearing of the man's sexual abuse, as he himself is recovering from recent sexual assault. Arabella is so accustomed to the freezing cold that she greets frostbite like an old friend. What does consent mean in this context? In typical circumstances, a stranger unloading the depths of their trauma would be considered a violation of boundaries. However, Arabella encourages this, seeing herself as a blank canvas for other victims to furiously slash their art brushes on to like a Jackson Pollock. What she does not see is how much of these splatters misfire or deflect on to those around her, namely Kwame, who has not given his consent to be exposed to triggering content.

During a paint-and-wine evening, Arabella is infuriated to hear about Kwame's hookup with Nilufer, a white woman who fetishizes him for his race. Nilufer ended up feeling violated as Kwame had not disclosed that he was gay before having sex with her. The incident is worth reflecting on because the very idea of non-disclosure of sexuality before intercourse being tantamount to "rape by deception" does, arguably, feed into biphobic assumptions about men who have sex with men.

As a gay man, I would argue that non-disclosure of sexuality or being trans before engaging in sexual intercourse should not be considered a form of sexual assault – even if the other party claims that they would not have consented had they been aware of this. Ultimately, someone's sexual history does not confer harm onto another person when they have safe intercourse with that person, and so I had hoped that the implication that Kwame had violated Nilufer would be challenged.

What's key here for reframing consent is also in how Arabella rejects Kwame from the personal social environment she has constructed. She accuses Kwame of having sex with Nilufer under false pretenses, and in line with her crusade against sexual abusers she rebukes the very idea that she accepted a person like him to have intimate proximity to her. Despite Kwame attempting to speak on how Nilufer had effectively "forced" him to have sex with her, she refuses to accept that Kwame could ever be a victim in the way that she has been — even going as far as to say "being vulnerable doesn't mean you can make other people vulnerable, doesn't mean you can put other people through pain." Ironically, Arabella violated Kwame's boundaries and had not established consent when she locked him in a bedroom with her friend, Jamal, at Terry's party, with the expectation that they would hook-up. No sexual violation of Kwame took place in this instance, but the betrayal of consent was performed by a meddling friend who was projecting a fantasy within the social world she created.

Further false pretence materializes in episode 10, when Kwame is on a string of Grindr hook-ups and finds himself in the company of a subdued Tyrone who, despite his Grindr profile stating "Fun_Now97," is not interested in the instant sex Kwame had been seeking. Instead, Tyrone desires a more romantic setup with food and mojitos. Kwame is irked by this, having been invited to Tyrone's home under false pretence, making clear that he was only there for "dick." But Tyrone is not cast as any kind of major deceiver, and is instead used as a foil to Kwame's sensuality, eventually drawing out what is presented as Kwame's desire for "real," emotional intimacy.

Tyrone inviting Kwame over with a hidden intention is arguably false pretence, as this is not the scenario Kwame had consented to over Grindr. I May Destroy You moralizes this depiction of hook-up culture, which presents the experience as a means to escape pain, rather than a worthwhile pursuit of pleasure. But the drama does communicate how sometimes we consent to that which may be bad for us and decline that which may be good.

Arabella's social world, as she constructs it in real and digital life, forces us to challenge this idea of giving consent as always being positive. Though she eventually reconciles with Kwame, the fact that she is willing to eject him while inviting a legion of online strangers means she is choosing to shut out her organic social networks in favor of an unregulated, uncontrolled digital economy.

But how much of a choice is this, really? Arabella's therapist questions how much consent she really gives to making herself so open on social media, when interrogating her dependency on apps and whether or not she can bring herself to delete them. This takes place after Arabella's indulgence in her social bubble reaches a fever pitch as she struts through London in her Maleficent Halloween costume. After a stranger compliments her on her horns, she angrily snaps back saying, "It's really amazing that you think your opinions should just be heard."

Evidently she is eager to assert her own boundaries, but as she walks through Carnaby Street and opens up her social media she is all-consumed by the influx of messages she receives. Her face floodlighted by magenta and blue light, Arabella's silhouette is sharpened and contoured while the London streets fade around her. Messages on her phone range from "please keep speaking the truth" to "I love you queen" to "show breasts" to "you need to talk to someone" to "you need fucking therapy." Arabella is enraged by the more violating comments, particularly the suggestion that she was simply jealous of Zain's career.

Eventually, she is mentally and physically frozen as, within a cold echo chamber of her own design, frostbite finally threatens to tear her apart and she goes to her therapist to de-thaw. Despite this having been Arabella's chosen medium for self-medicating her trauma, we are made to question how much control we really have over ourselves when we surrender to social media sites that can invite any stranger to comment and speculate.

On social media, what do we give ourselves permission to consume and not consume, and how effectively can we ever even expect to enforce this divide?

The beauty of Michaela Coel's series is that it challenges whatever assumptions we've held about sexual consent, how the dichotomy of "good" and "bad" and "perpetrator" and "victim" can often be false, and who is left behind by our mainstream narratives surrounding consent. But the meta-narrative around what consent itself is, which stretches the concept beyond the bedroom, the dance floor or the street, is perhaps its most genius feature yet.

Stream every episode of I May Destroy You on HBO and HBO Max.