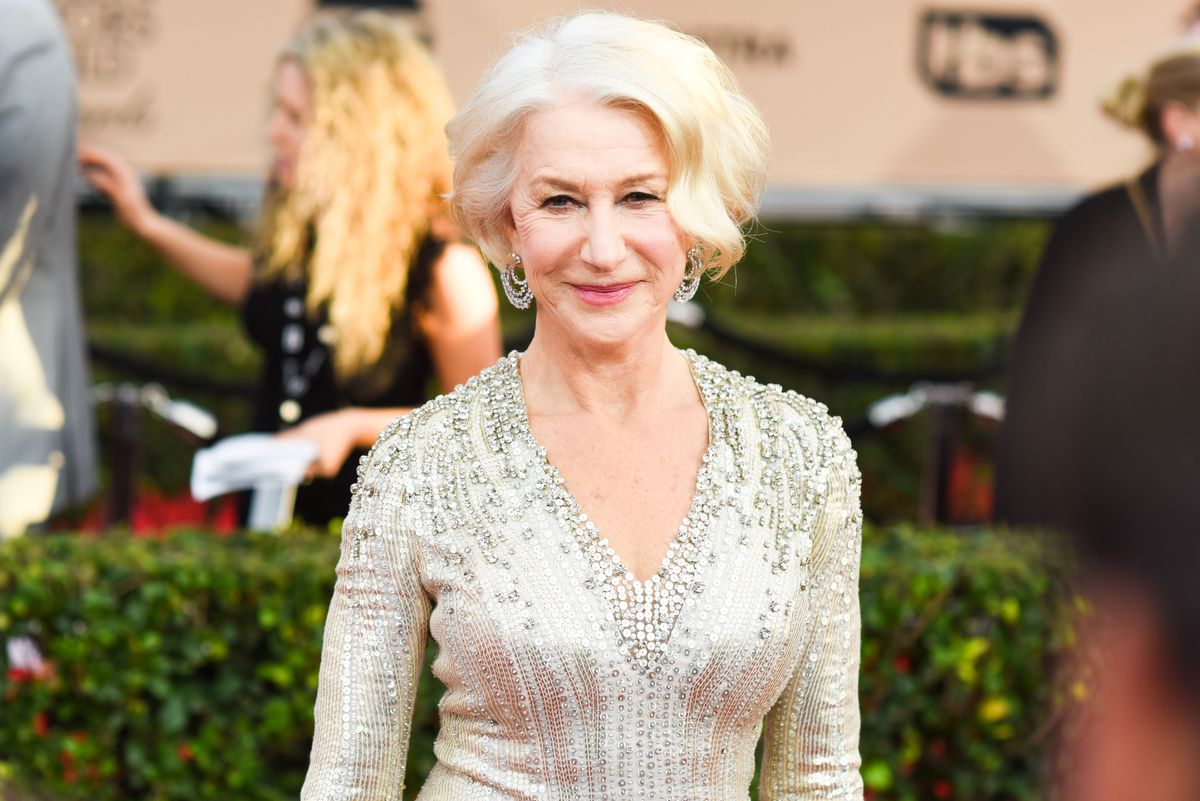 Helen Mirren isn't the badass female icon we deserve, but she is the one we need. At 72-years-old, Dame Mirren has had plenty of time to learn and observe, and she shared the advice she wishes she could give her younger self with Allure for the magazine's September cover story. This includes saying "fuck off" more as a younger woman, and to stop being "so bloody polite."

"In those days, you had to," the Emmy, Tony and Oscar winner told Allure. "It's hard to explain how difficult it is to overcome the culture. You become a voice in the wilderness. No one wants to listen."

She added that throughout her teens and twenties, she was uncomfortable in her skin. "It was the time of Twiggy, and I did not look like a twig," she said. "My cheeks were too fat, legs were too short, breasts too big." She's not unaware of her reputation for sexiness, saying, "I could see why — when I got far enough back from my young self — they called me sexy in those days. I fell into the cliché of sexiness: blonde hair, tits, waist, which I hated at the time because it was not fashionable. You had to be thin and have a cigarette and only wear black. And I just never fit into that look."

Mirren's experience just goes to show how different body types and features always cycle in and out of style. The next time someone declares your type out of fashion, follow Mirren's advice and tell them to fuck off.