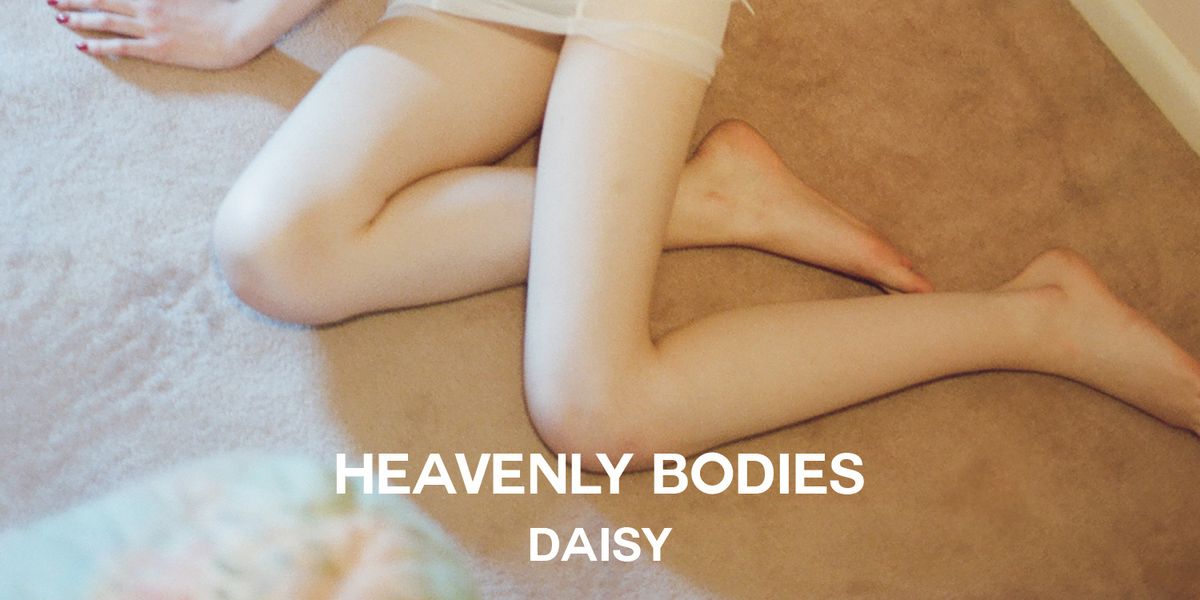 Renee Warne and Gibson Fox are the dynamic Australian duo behind DAISY, their ready-to-wear line that incorporates farm life, femininity, and sex. The brand has exploded overseas within the past few months, landing a spot states-side in Opening Ceremony and building a fan-base that includes several members of the Kardashian empire.

The couple have launched their third Daisy collection, their A/W 17 line titled Heavenly Bodies. Warne and Fox credits their inspiration to historic killers like Dahmer and Manson, which is realized in gorgeous flouncy nightgown silhouettes, black and red color palettes, and leather. In the wake of Heavenly Bodies' July release, Paper caught up with Warne about love, the couple's muse Hannah, and poetry.

You two are a gorgeous couple! How did you meet, and how did your relationship morph into this business partnership?

It feels like forever ago. We met through friends. It's strange that we clicked because we're such opposites. Gibson is really open and I'm very anti-social. I think we strike a balance between the extremes. It's the same when we work together, we're yin and yang. We wanted to make a life where we could spend all of our time together--before DAISY we were styling & shooting for magazines or other designers. At some point we realized we'd rather be working on something of our own.

What initially inspired you to create a ready-to-wear line? What are three words that you feel represent the brand's overall aesthetic?

My wardrobe has always been chaotic, like I have split personalities. I think it's because women have many different roles to play and femininity is so diverse. Our aim with DAISY is to bring all those elements together into one vision.

I love that; those seem like the perfect words to describe Daisy. Your first campaign for Pure Country was stunning, the photos, the styling and the model, Hannah, really grabbed my attention. How did you choose Hannah to be the face of your vision?

One of Hannah's first shoots was with us when she was 16. We've always been close, probably because we came up at the same time and everything felt new for us all. We love shooting together. We're already on the same wavelength without saying anything. She brings DAISY to life.

All of your collections have a very romantic feel, however they are also very sexy at the same time. Do you feel it is important for girls to express empowerment through fashion?

I love that our generation has the freedom to dress however we choose. Eroticism in day-to-day dressing has been taboo until now. I think girls are exploring it like new territory and pushing the old boundaries. It's an exciting time to be part of something new. Our freedom of expression was hard-won, so we better make the most of it!

What was the inspiration behind your newest collection Heavenly Bodies?

Heavenly Bodies comes from the period in true crime history when killers like Jeffrey Dahmer, Charles Manson and Richard Ramirez were sensationalized and transformed into icons. We were really interested in their life stories; a lot of our color palette and set is influenced by their apartments and places like Ronald DeFeo Junior's Amityville house -- the sheet sets, curtains, blood on the nightgowns. We've also been thinking about life after death, ghostliness and transcendence.

When will your new collection be available for purchase on your site?

Select pieces are available to shop now, with more dropping throughout July. Keep up with our Instagram for new releases!