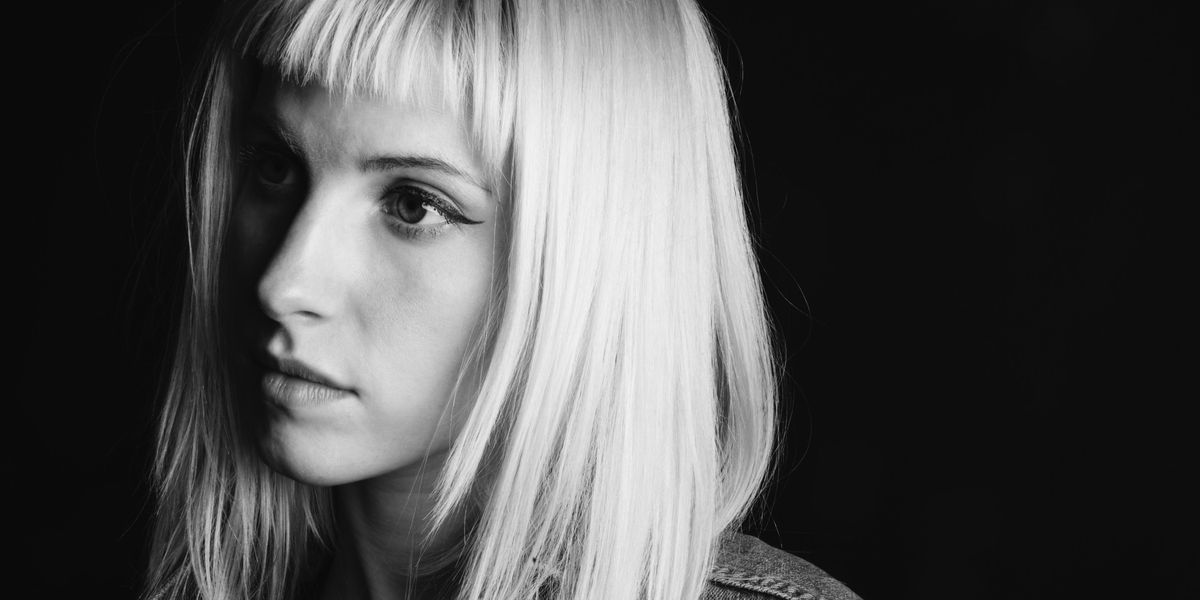 Hayley Williams on Mental Health: 'I Didn't Laugh For a Long Time'

Lifted off Paramore's latest album After Laughter, the band's current single "Rose-Colored Boy" speaks to the social expectation to be happy — a pressure that adds shame to sadness, which lead singer Hayley Williams describes as a "toxic cocktail." In an exclusive op-ed for PAPER, Williams reflects on mental health and a dark moment when life fell from underneath her.

I've put this essay off till the very last possible day. Anytime someone asks me to write something for them my first question is always, "When do you absolutely have to have it by?" It's not that I don't enjoy writing, but these assignments give me such a strange and creeping anxiety. It's happening right this very second, as the words are coming out of my fingers. Sure, I think I'm a pretty good writer, but it's not like I'm Sylvia fucking Plath! What am I freaking out about? People will see it, they might even read it, and if I'm lucky they'll get something from it.

No. If I'm honest, in my head, it's more like this: People will see it, they might even read it, and if they don't get anything from it then maybe it's a reflection of my worth.

In the summer of 2015, I was an engaged, yellow-haired 26-year-old. There was a Grammy sitting on my kitchen counter and boxes everywhere from the move I'd made back home to Nashville after a few weird years in LA. I was going to get married that September, slow down some, plant a garden, have a kid, make another Paramore record. Everything was finally going to be perfect and I was going to live happily ever afte— Oh.

Just threw up a little bit.

Imagine a little girl, dancing and twirling on a sidewalk in a loud, colorful dress. Eyes closed, laughing. 100 feet above her, someone's pushing a piano (just go with me, here) out of their apartment window and it's got nowhere to go but straight down. Well, I was the little girl.

Taylor York and I were supposed to start writing for what would be our fifth album and I remember for the first time in a long time, I actually had an idea I wanted to send him. I almost cried when I found the lyrics in my phone the other day:

"Sanity, why must you make a fool of me/ You been a friend to me, now I think we're enemies/ When I fall on my knees I hear you laughing/ When I call on your name, you don't come."

We never finished it, but that little verse was the first hint my subconscious gave me that I wasn't okay. I wouldn't get any others until after the piano fell, right on top of me.

I woke up from that crash with one less bandmate... another fight about money and who wrote what songs. And I had a wedding ring on, despite breaking off the engagement only months before. A lot happened within a short time. But then I didn't eat, I didn't sleep, I didn't laugh... for a long time. I'm still hesitant to call it depression. Mostly out of fear people will put it in a headline, as if depression is unique and interesting and deserves a click. Psychology is interesting. Depression is torment.

We wrote and wrote and I never liked what I put to the music Taylor sent me. His stuff sounded inspired. My parts sounded, to me, like someone dead in the eyes. I didn't know the person behind those words. Probably because I never before allowed her to come out and say how she really felt. I never cared to get to know her. How could the same lips that said, "I do," sing the words, "You want forgiveness but I can't give you that." Or the same person who once tried to be so bubbly write lyrics like, "I don't need no help, I can sabotage me by myself."

But writing kept me alive. Forced me to be honest. Made me have empathy for Taylor in his struggles with mental health. It helped me understand that emotional wellness and physical health are actually related. It helped me realize that I shouldn't have ever married my ex and that love is not something we can just extract from one other. Writing opened my heart to healing as Zac Farro bolted back into mine and Taylor's daily lives like lightning. Now every night on tour, I turn around and there's my brother back on the drums again. No more denial. No more walking across traffic like the old lady in the cartoon who doesn't even notice the wreckage behind her when she's barely made it to the other side.

This is what I call "Life with AL" — short for After Laughter. It's a little dumb, but it helps me mark this time as a significant turning point in my life. Like a Saturn return. I'm noticing similar movement in my friends' lives too. More presence and awareness. More tenderness. I'm alive to both pain and joy now. I have my old laugh back, as my mom says. The one that takes over my body and sends me out of myself for a few seconds. And only a couple years ago, I had hoped I'd die.

So there's my essay. What a yapping idiot I must seem to people who don't know me from Adam.

Who's Adam? Is he related to AL?

But here's the thing: one hour ago I was afraid to write this for fear it wouldn't be "enough." All I could do was write about something I care about. Expression is survival. You can do it however you please. Write, draw, create something with your hands. Tell somebody you love them. Take a drive, roll down your windows and yell something like, "MY LIFE IS SO SHIT RIGHT NOW!" Or, "WHAT DO YOU KNOW? I'M ACTUALLY FINE TODAY!"

These are just things to try if the crying and dancing doesn't work.

And so you can't say that my essay didn't help a little bit... and then I won't tell myself I'm worthless.