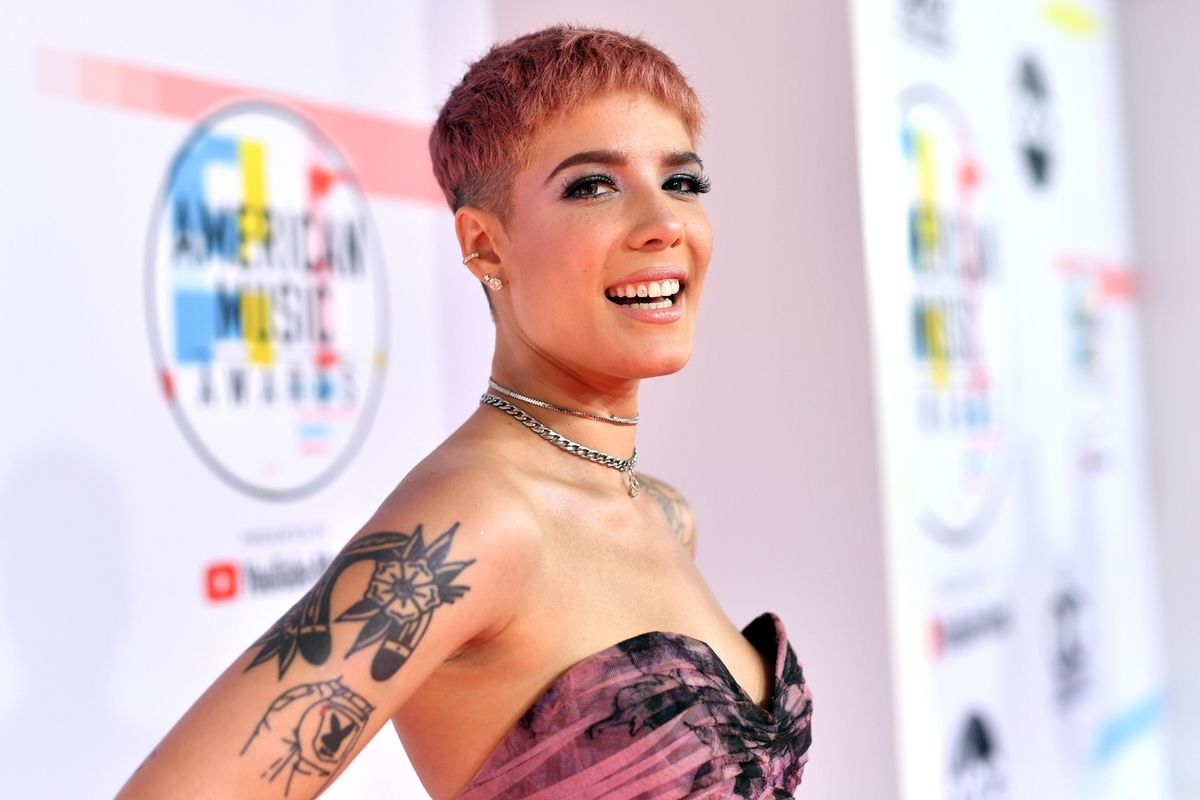 Halsey opened up about the homophobic backlash she faced after her performance on The Voice last year, as well as the "heinous" rape threats she received over the appearance.

Recently, the openly bisexual star spoke to The Times UK about the homophobes who attacked her "Without Me" performance choreography because it featured some intimate moments between Halsey and a female dancer.

Because while Halsey initially responded to the furor with a tweet about being "very proud to have pissed off the homophobic viewers at home who missed the message," it turns out things were a lot scarier behind-the-scenes.

Very proud of the emotional performance i did with @JadeChynoweth on @NBCTheVoice tonight. And also very proud to have pissed off thw homophobic viewers at home who missed the message. Thanks for watching. 🖤🦋

"People were going, 'What is this lesbian garbage on my TV?' Yet there are performances by other artists that are way more sexual," Halsey told the publication. "But all hell broke loose."

According to her, after the performance aired, homophobic trolls ended up leaking her email and phone number, which led to people "texting me things like, 'I'm going to rape you straight.'"

That said, despite going through such a horrifying, terrifying experience, Halsey told The Times that she prefers to focus on the positive impact that her performance potentially had on millions of young kids.

"Here's what's important, though — the young people sitting on the couch next to that angry dad, that angry mom, hearing them spewing hatred," she said, concluding that these people were the ones who mattered to her. "[It was for] the kid that's scared to come out needs to see that on the TV."