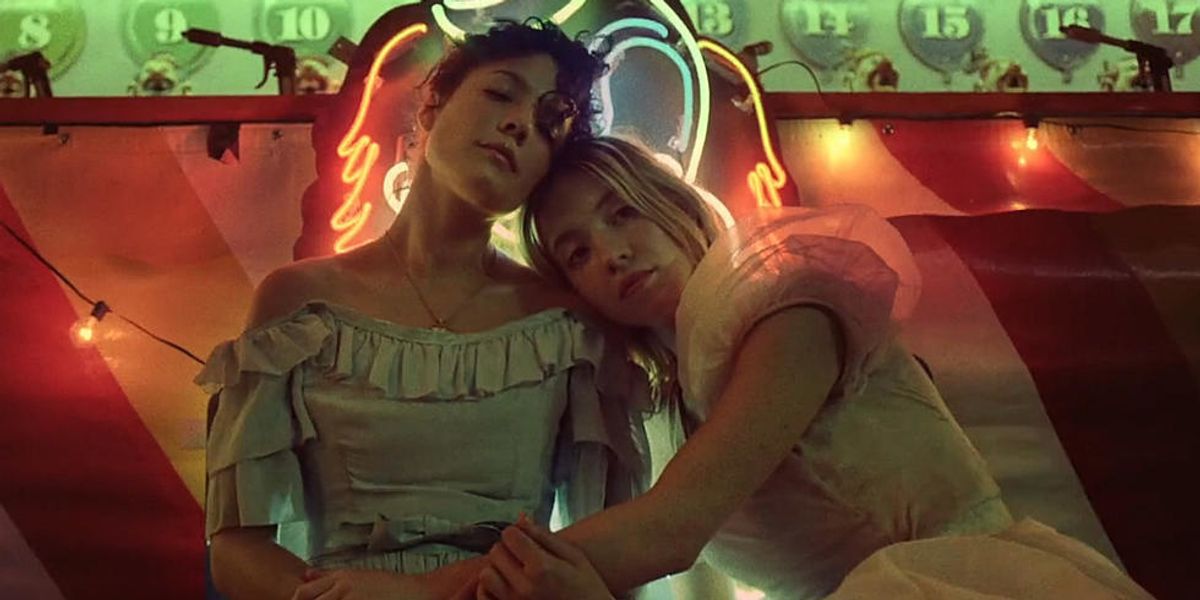 Halsey would be a Euphoria stan. She was apparently such a big one, she tapped the show's star (and PAPER Person) Sydney Sweeney for the video for her new single "Graveyard."

In the Anton Tammi-directed visual, the duo dressed like The Shining twins twirl around in Euphoria-esque moody lighting, twirl around a carnival grounds identical to the iconic one in the TV show, where, spoiler alert, a) Nate humiliated Maddy in front of his family, b) Maddy and Cassie got loopy on molly, and c) Kat lost her virginity... among other things.

Sydney and Halsey run all over the carnival doing an intense, interpretive dance, and the whole thing appears to be in Halsey's imagination. There's lots of face-stroking and moments where their soft dewey cheeks are very close together and it seems like they'll definitely kiss at the end, but then... they don't. A choice! Ah well, Halsey's curly bangs look amazing, and it's worth watching for them alone.

Plus if you're a Euphoria addict and can't wait for Season 2, this will help tide you over.

"Graveyard" is off of Halsey's new album Maniac, which is out on January 17.