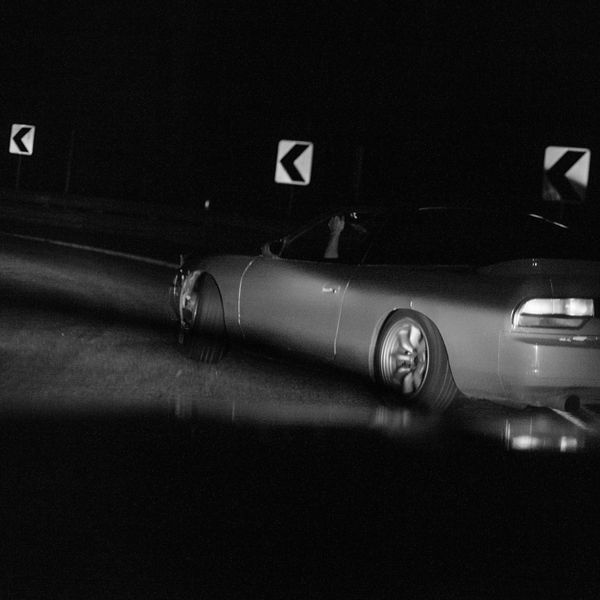 GRRL Kicks It Into High Gear

If you could synthesize the entirety of underground dance into one comprehensive index of anything and everything that's ever been cool, it would probably look something like GRRL's Twitter feed. Anyone who follows the Durham, North Carolina-based DJ/producer already knows that GRRL's content is prolific and their taste, impeccable. From geeking out over the sound design on Travis Scott's latest record to hyping up the most obscure cerebral techno like it was the latest Cardi B single, GRRL's enthusiasm for music is unrivaled by even the most discerning of audiophiles.

As a producer, GRRL has been able to take their Wikipedia-like knowledge of all things club and channel that into some of the most meticulously crafted bangers you'll hear this side of the Atlantic. (Speaking from experience, their tracks will shatter a chandelier and leave bits of ceiling in your hair). Combing elements of Hard Drum, Jersey Club, DnB, House, Garage, and Grime, GRRL's drum-driven productions are technically remarkable and emotionally exhilarating.

It's no coincidence that cover art for their debut album, is a grainy image of sportscar drifting through a curve; Pay Attention is fast. Inspired by the adrenaline-pumping cinematics of the Fast & Furious and Initial D, the record practically whips by at a Formula 1-like pace, cycling through its mammoth tracklist like checkpoints in a Forza game. Buckle up, because this album is not for the faint of heart.

Ahead of the release of Pay Attention, we slid into GRRL's DMs to better understand what makes the Internet's savviest curator tick:

What made now the right time to release an album?

The initial concept for this project was me exploring concepts that I was obsessed with when I was younger and that are still really inspiring to me currently. There were a few different iterations in the beginning, but I ended up refining it down to things like Fast and Furious: Tokyo Drift, Initial D, and PS2 racing games like Midnight Club, Need For Speed, and DT Racer. The project wasn't even an album when I started working on it in, like, 2016. It started out as a single, then an EP, and then I kept adding tracks and then it became a proper LP.

It is a truly mammoth tracklist. When did you realize It was finished?

It took a while for me to get to the point where I was happy with the tracklist. It's a project I'd been chipping away at for a long time, so I ended up with a lot of material for it. There was a pool of around 35 songs that wrote for the album. Some of them got recycled for other projects, and other tracks — like "Kendang" and "Redlight" and "Nightclub" — I released as standalone singles. All the tracks that made the final cut were the ones that I felt were the most vital and contributed to the aesthetic and sound I was working towards. There were a lot of notes and genres I wanted to hit, and I feel like the final tracklist pretty much covers all of those.

Did you approach it more so like building a DJ set or did you have a particular narrative in mind?

The concept of the album is that each song scores a vignette or scene. Sometimes it's very literal — like with "Chase Scene" or "First Stage / Mountain Pass (Intro)" — and sometimes the songs are connected — like with "Rival" and "Showdown" — but it's all very nebulous. I think it's more fun when you can imagine what imagery is attached to the music. I did try to make it feel like it had a distinct beginning, middle, and ending though.

Is it true you made a Tumblr for the album?

Yeah! I think it's way easier to make music when you're working to some kind of image or color or texture, and that Tumblr is just a big collection of images and music and video that related to the project or inspired it directly. Before I made that Tumblr I basically was collecting images and making notes on my phone but then I lost the phone and all the notes and I was like, I can't physically lose a blog.

Curating has always been one of your biggest strengths, it makes sense that would be a part of your process.

Where does the racing game inspiration come from?

I absolutely love them! Racing games are basically where my obsession with music started. Like, Wipeout on PS1 is where I heard acts like The Prodigy, Photek, and Source Direct for the first time. I was introduced to Tiesto through the PS2 game DT Racer. I really really love the curatorial aspect of some racing game soundtracks like Midnight Club or Need For Speed Underground. It didn't always work, but the broad mix of genres like rap and techno and drum and bass was and still is very inspiring to me. It still feels very forward-thinking to me

If you had to pick one, what is your favorite racing game soundtrack?

If I had to narrow it down, I think the original Wipeout soundtrack would take No. 1, the OST for Ridge Racer Type 4 would be No. 2, and the soundtrack for the original Midnight Club would be No. 3, because it's basically all Dom and Roland and Surgeon music. Can't go wrong with that.

I noticed that you've recently been posting a bunch of shirts you've found on Depop. What's that about?

That came from me looking for visual references for projects and also using Instagram and unhealthy amount. There are so many amazing designs for, like, random old band shirts and promotional movie tees. It's truly wild. I'm, like, properly obsessed with that at the moment.

What percentage have you actually broke down and bought?

Not nearly as much as I post, but quite a lot. Like, I've recently been trying to find old North Face and Nike ACG jackets in all the primary colors. Trying to find a pink one next!

I would be remiss if I didn't mention our mutual love of Code Lyoko...

It is truly criminal that people don't mention Code Lyoko in the same breath as, like, Avatar: The Last Airbender and Batman: The Animated Series! It is an aesthetic triumph. And the theme song totally bangs!