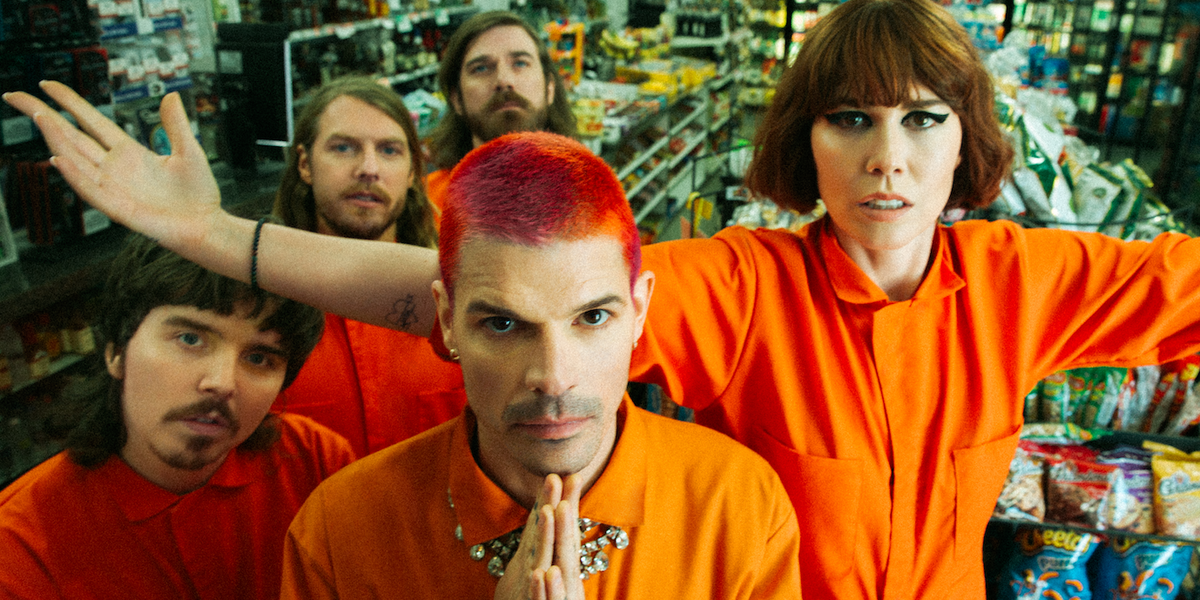 Growing old is a genuine fear for many, but aging is inevitable. As Los Angeles alt-rock quintet Grouplove drives home in their nostalgic new single, "Youth," making the most of right now is ultimately what matters most. Today, the alt-rockers premiere the shimmering music video for their song, featuring Twin Peaks star Grace Zabriskie. The track is lifted off Grouplove's upcoming fourth album, Healer, out March 13.

"I tried to tell you/ Life is gonna pass you by," Hooper sings, as Zabriskie watches young people interact. "Stay in this moment/ Or you'll find yourself running out of time."

Hooper and Zucconi first met Zabriskie when they were neighbors in Silver Lake. "We made this video with all our homies from the 'Deleter' video and feel so fortunate to have it starring our dear friend, the incomparable Grace Zabriskie," Grouplove says. "There is nothing like collaborating with friends — the trust and camaraderie elevated this song to a level we are so proud of. Hope you enjoy it and feel the love."

Zabriskie and Hooper, who is also a painter, first connected through art. "When Hannah and Christian moved into the neighborhood where my boyfriend Philip and I have lived for over 20 years, we were all too busy to get more than barely acquainted for a while," Zabriskie says. "It might have taken longer, but my daughter Marion, a painter, was visiting us when the moving van arrived. She spied large paintings on canvas, unframed, going into the house [...] she darted across the street to introduce herself."

This bond between the band and iconic actress has proven to be mutually inspiring. Zabriskie continues, "We became familiar with each other's work, but maybe more to the point, life had some tough patches to deal with on both sides of our little street. I'll never know exactly how I helped them, and they'll never know how they helped us. But we all did manage to help and console one another in those ways that sooner or later turn out to be what people mean when they talk about 'silver linings,' I guess."