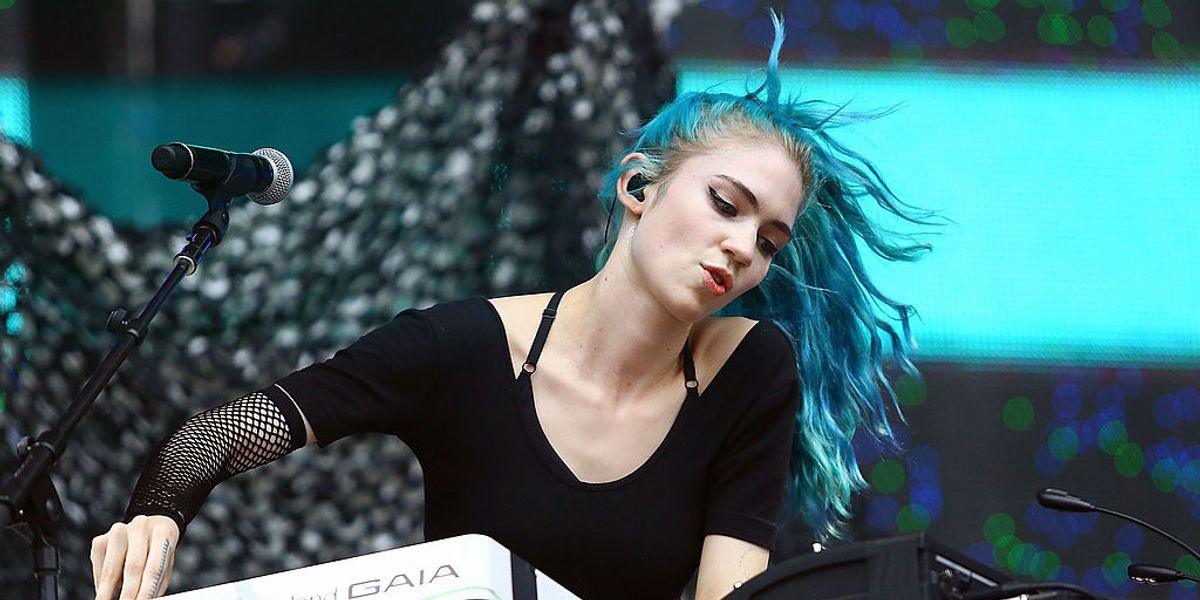 The artist formerly known as Grimes (technically, she's 'c' now) is aware that people are mad about the Elon Musk thing. But rather than buckling under pressure to break up with the controversial tech entrepreneur, she's doubling down on it. She's leaning in to being canceled. In a new and rather Kanye West-esque interview with Crack, c explains she's comfortable being labeled a villain. She even compares herself to Marvel's Thanos.

"If I'm stuck being a villain, I want to pursue villainy artistically," she told the magazine. "If there's nothing left to lose, that's actually a really fun idea to me. I think it has freed me artistically. The best part of the movie is the Joker. Everyone loves the villain. Everyone fucking loves Thanos. Let's make some Thanos art."

So what does that look like? c conceptualizes her upcoming record Miss Anthropocene as an "an evil album about how great climate change is," elaborating that listeners might be more motivated to listen when they're not being preached to: "The way I figure it is that climate change sucks and no one wants to read about it because the only time you hear about it is when you're getting guilted. I wanted to make climate change fun. Miss Anthropocene has got a Voldemort kind of vibe. She's naked all the time and she's made out of ivory and oil. It's going to be super tight."

Don't come for me, Twitter, but… I'd 100 percent listen to this. Sometimes, especially when, say, Donald Trump is the literal leader of the free world, you have to approach pressing environmental issues with some head on nihilism.

Unfortunately, we might be waiting a while for c's "fun" climate change concept. She told Crack that she's taking her time on the album, and a shorter EP will likely come first.