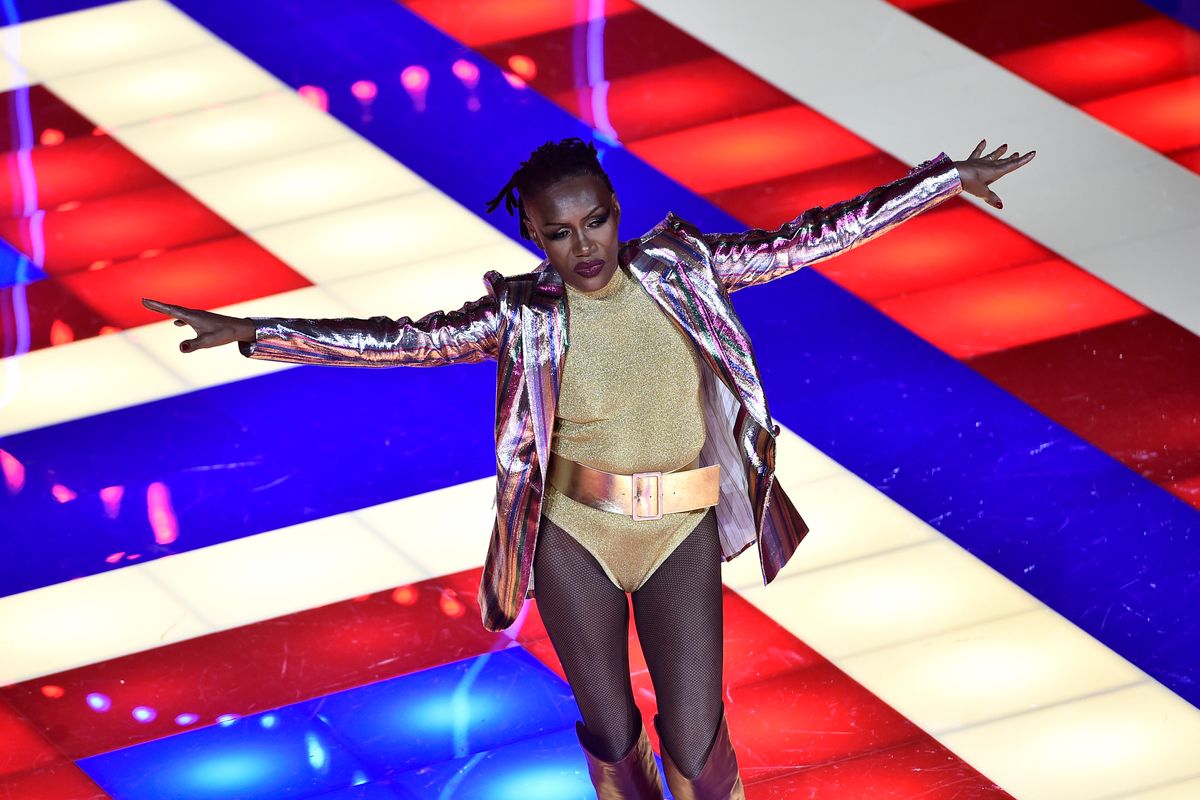 NYC has unveiled their 2019 headliner: queer, androgynous cultural force of nature Grace Jones. Jones will perform at Saturday, June 29's Pride Island party (formerly Dance on the Pier), the second night of the multi-day Pride weekend festivities at Hudson River Park's Pier 97. The crowd will be warmed up by Brazilian drag star Pablo Vittar and Teyana Taylor — who is one of Jones' many young disciples (she paid homage to Jones in her PAPER cover shoot as well as Kanye's "Fade" video). The line-up also includes pop artist Amara La Negra, NYC DJ Johnny Dynell, as well as DJs Abel and Morabito. The headlining performer for the Sunday, June 30 concert has yet to be announced.

The selection is a testament to how Jones, at 70, remains a force within music, art and culture's boldest corners. Jones recently walked in Tommy Hilfiger x Zendaya's stunning Paris Fashion Week show, which cast only Black models, stunting across the stage to her own song. We have Jones to thank for many of music's contemporary rule-breakers. Aside from Taylor, she's cited as prominent influence of folks like Rihanna, Grimes, Gaga, Annie Lennox and Santigold to name a few.

"I couldn't be more excited to perform in front of my LGBTQIA+ friends and the community that's supported me for so many years during WorldPride 2019 | Stonewall 50," says Jones. "Saturday's Pride Island lineup will be a celebration of everything that the community stands for and will go down in illustrious history."

Last year NYC's Pride Island was headlined by Kylie Minogue. Previous headliners include Ariana Grande (who's currently at the center of a debate about straight allies' role in Pride), Fergie, Nelly Furtado, Patti LaBelle and Tegan & Sara. Pride takes place this year from June 1 to June 30, with special events commemorating the 50th anniversary of the Stonewall riots.