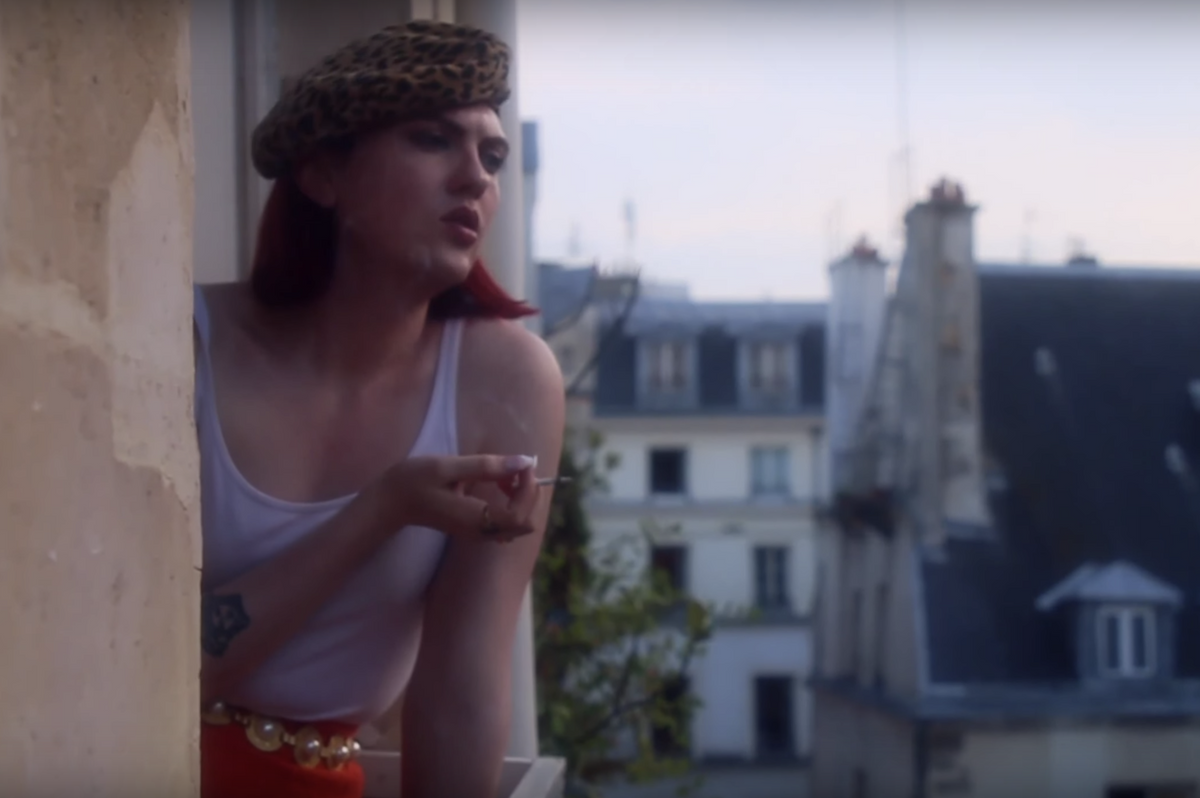 Goldie Luxe Has No Time for Regrets

The title card for Brooklyn-based singer Goldie Luxe's new short film/music video combo, "Perfume & Cigarettes / The Language of Flowers," is a small glimpse at the entire arc of the visual itself; a hand dangles a cigarette, blasé to the smoke unfurling around it, while a classically-designed perfume bottle puffs out gusts of fragrance. The design is classy, classic, but conveys a sense of mystery and longing through a nod to a more noire aesthetic. "Perfume & Cigarettes" is all of that, with a sentimental cherry on top — its star, Goldie Luxe.

Directed by James Emmerman, and creative directed by Ian Crane, the story that unfolds over the six-minute musical short film is one of love and loss through the hazy lens of nostalgia and found footage. On top of the storytelling, accompanied by Luxe's ability to fuse of pop ballad tropes and cabaret styling, the scenes are beautifully shot and imagined; Luxe's fashion sense, in particular, is a brand of elegant that makes the rusty Brooklyn settings look comparatively avant-garde.

"We shot and edited over the last year, in both New York and Paris," Emmerman tells PAPER. "Goldie, Ian, and I decided to go the narrative route for this video to really communicate the feeling of fleeting love, as well as the process of growing into one's own and becoming comfortable with yourself."

Luxe looks no more comfortable than at the climax of the video, which happens to also mark a clear shift in the tone of the film and song. After driving aimlessly through a rainy evening, Luxe is transported to a new state of mind, backed by a wall of flowers and leaves. She sings about beauty and love, but the focus is not on a relationship with a partner anymore — she's strong, poised, and taking in the Paris skyline.

"I wrote this song watching the sun rise, thinking back on the crazy and beautiful night I had just had," Luxe says of the track. "I knew in that moment that it would be something that would stay with me for the rest of my life. I was smoking a cigarette and it occurred to me that life is made of these small moments. Sometimes a relationship might be flash in the pan but be extremely meaningful."

Whether its a flash, a pause, or something more, Luxe is powerful in the presence of love and beauty, no more evident than when she sings into her microphone against the backdrop of a barren indoor-outdoor club space. While it would usually be filled with drinks, bodies, and of course, cigarettes, it's just her. She's aware of this, telling PAPER, "Just like a cigarette can last a moment but affect you later on, or a whiff of perfume can instantly pull you back to a memory of being in your lovers arms, life is a series of perfume and cigarettes."