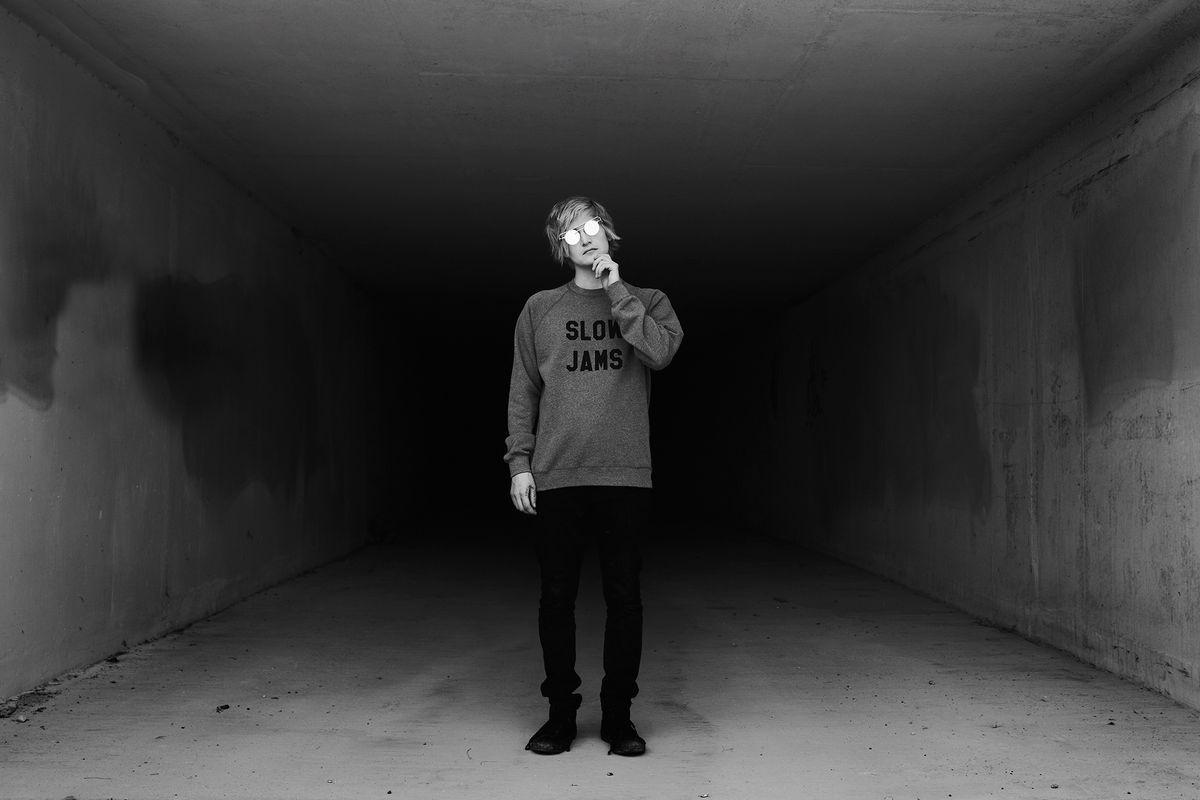 Jacket by DRKSHDW from Feature LV

Just as he describes his pet snakes, Ghastly is "deceptively chill." Even as one of the most in-demand DJs in the country, the 27-year-old remains unruffled by his swift rise, making him anything but the "demanding DJ diva" type. Perhaps his lowkey nature comes, in part, from the fact that he grew up miles away from the clubs of LA or Las Vegas on an Arizona goat farm. Or from the fact that the road to success wasn't easy. After leaving home and moving to LA, Ghastly, born David Lee Crow, bounced from job to job while living in his van on Venice Beach. American Apparel even red him after discovering he was homeless. "I was not a good employee," he says. "I got red from every single job, and the ones I didn't get red from, I quit. I'm an asshole, I prefer not to do what someone tells me to do. It's like a freedom thing." That pursuit of freedom was something that propelled Ghastly toward the LA club scene, where he began as a promoter before working his way up to headlining DJ in just three years, all the while writing as much original music as he could in his off-time and refining his brand of bass-heavy trap-cum-dubstep. It wasn't long before he was getting co-signs by the biggest names in the business (think: Skrillex, Diplo and DJ Snake) and booking a residency in Las Vegas at Marquee at The Cosmopolitan. Vegas, he says, is its "own different realm" and a place where "people cut loose" and Ghastly and his peers can experiment with new sounds and styles. "There are songs now that would never exist if artists were afraid of losing their fans by doing something different," he says. And it's clear his versatility is only helping to expand his fanbase. Though he considers his impact on fans and the dance scene in general is a "blessing," he says he'll never feel like he's truly arrived. "There's no endpoint, you just go as far as you can."