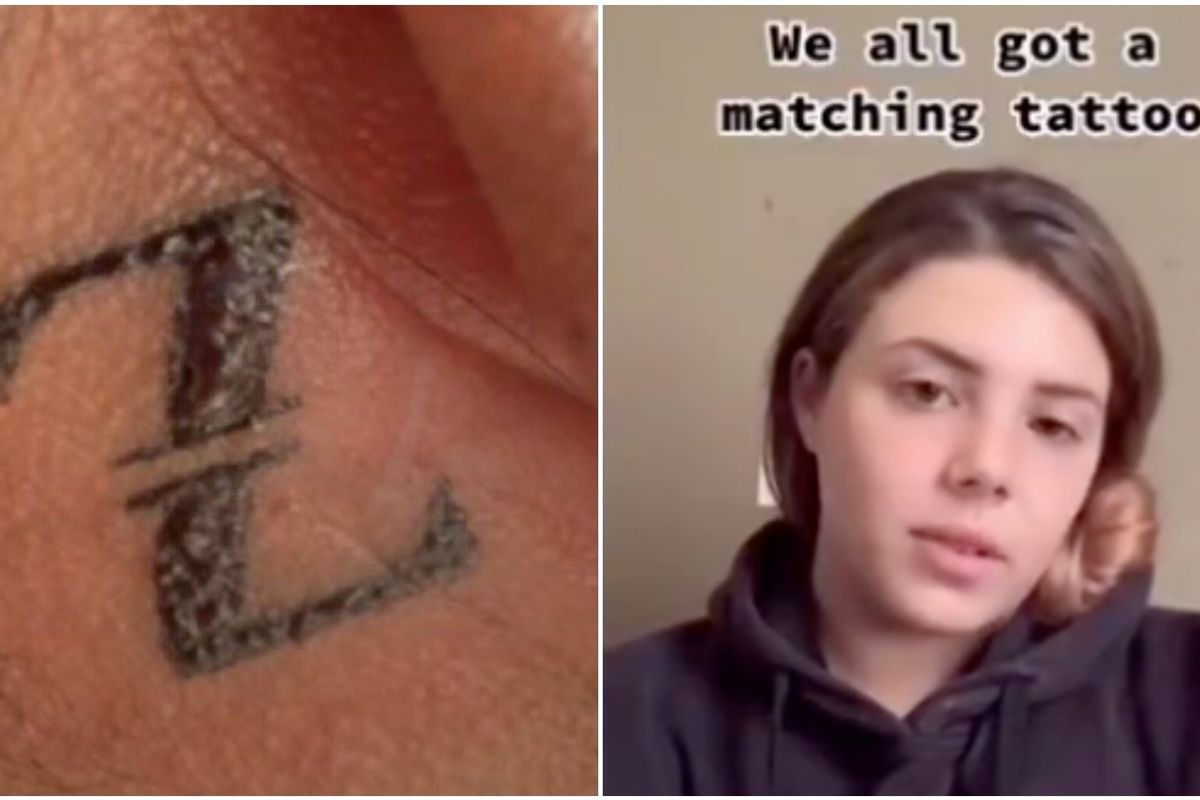 Participants in the "Gen Z Tattoo" trend have come under fire for using a design that looks like a Nazi symbol.

Last week, TikTok user @smoothavacados proposed that members of Gen Z should get matching tattoos — consisting of a capital Z with a horizontal line through it — as a generational "symbol of unity" and "rebellion."

Initially, many embraced the idea by getting the tattoo done. However, as other internet users later pointed out, the design bears a disturbing resemblance to a well-documented Nazi symbol known as the Wolfsangel — a problem that has since sparked ample online discussion via the #GenZTattoo hashtag.

"Not the kiddos on TikTak getting a Nazi tattoo thinking it stands for gen Z omg," as one commenter said, while another viral tweet "begged" other Gen Zers to "PLEASE please please don't get the gen z matching tattoo."

Not the kiddos on TikTak getting a Nazi tattoo thinking it stands for gen Z omg pic.twitter.com/mLWQ7YvYPB

In the wake of the controversy though, Dexerto reported that @smoothavacados deleted her original post. She also eventually followed up with an apology video, in which she explained that she didn't know about the symbol's origins and reiterated that her intention was to bring "the whole generation together" under the message of "love and unity."

@smoothavacados then went on to mention that she has been "writing my Zs like that since elementary school," before revealing that both she and her boyfriend have received death threats as part of the backlash. Additionally, she also said that she would be removing merch that utilized the symbol from her Etsy store.

UPDATE: TikToker who started Gen Z Nazi tattoo trend apologizes and says she did not know it was a Nazi symbol, adding that she always wrote her Zs that way. She also says that she is getting death threats. She will be taking down the merch she had created with the symbol. pic.twitter.com/q8Vi1K66ad

According to the publication, she has since followed up with another video summarizing other possible Gen Z tattoo designs.