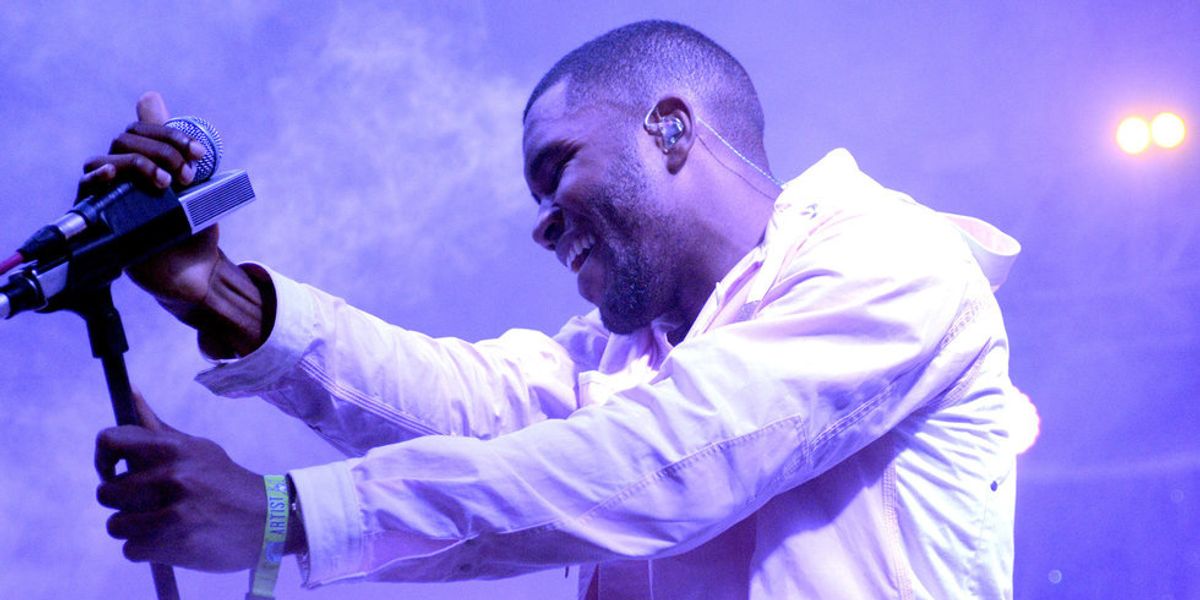 Social media, including its stars, has been scratching its head after Kanye West, the rapper famous for claiming on national television "George Bush doesn't care about Black people," repeatedly declared his support for Donald Trump — and they're not letting it die.

Multiple celebrities and Kanye-collaborators have denounced his statements, and now Frank Ocean has also taken a brief respite from his Tumblr hiatus to also poke fun at Yeezy. He started with a screenshot of the moment West made his Bush declaration next to a shocked Mike Myers, then turned up the heat a little.

Referencing West's tweet about Candace Owens, the right-wing activist, Ocean announced his support for Michelle Wolff (the comedian who roused the White House correspondents' dinner with unapologetic jabs at Trump).

The comeback is subtle and decidedly liberal, just like Ocean himself. If you're still confused as to how West can support Trump without agreeing with his policies, watch him clarify in an interview with Charlemagne, below.