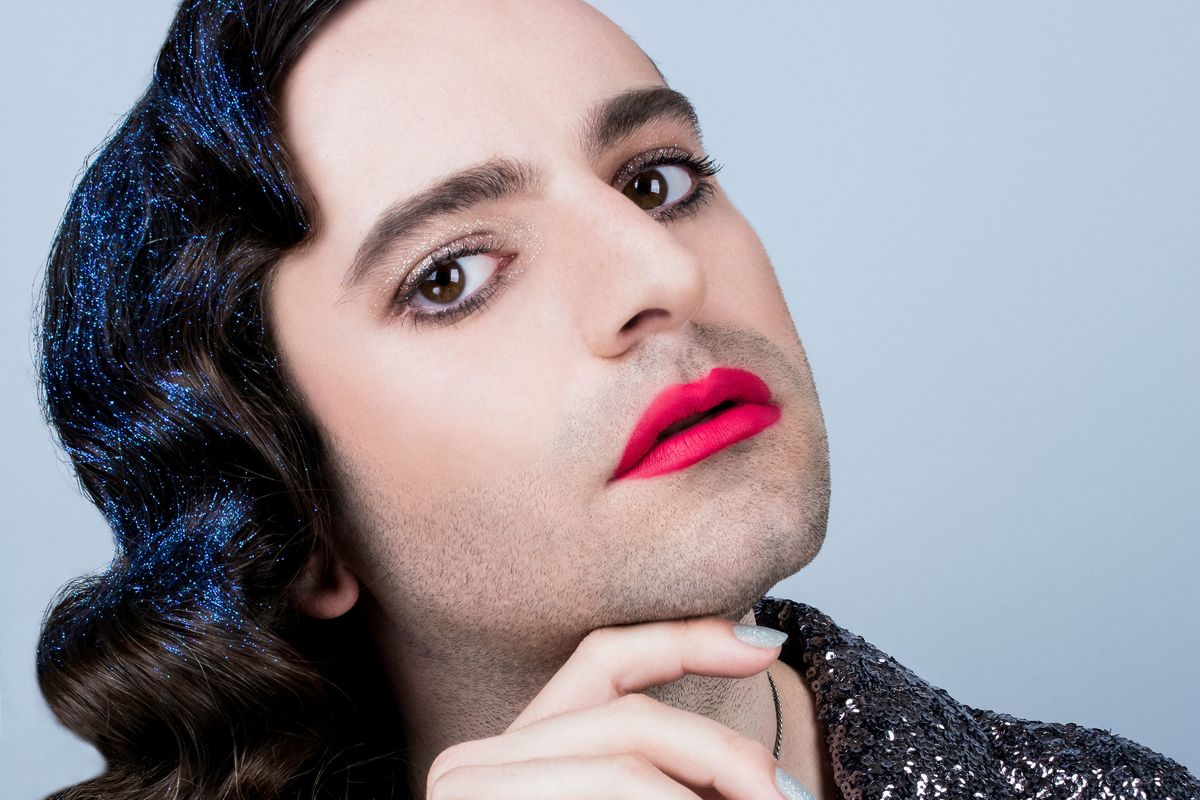 Jacob Tobia is often skeptical of brands rolling out gender neutral collections. The genderqueer influencer — an activist, writer, producer, performer, speaker, and more — points out that all too often, the community isn't even involved in the making of the products. Unsurprisingly, the results aren't usually representative of what the community truly wants — often, Tobia says, it's a "gender neutral, grey sweatshirt hoodie future, like some 1984 bullshit."

But Fluide, a new cruelty-free makeup brand created with all gender identities and skin tones in mind, is inherently not that. Opening the initial samples, which came with postcards of folks systemically underrepresented in the beauty industry, Tobia says, the line felt "celebratory, and glam, and vibrant and engaging and beautiful. And it feels like my community; it feels like the people I know."

Immediately they took up the invitation to collaborate, and soon after Tobia became the face of the Uncuffed Collection, featuring three liquid lipsticks in shades of red, pink, and orange. Gushing about the line on social media — none of it they're paid to say, Tobia stresses — came as natural as the photoshoot felt.

"We did it at [co-founder] Laura [Kraber's] home in Brooklyn, and I got there and it just felt like doing a shoot at a family friend's house," Tobia says. "And that is something that, even in terms of how fashion shoots are supposed to feel — fashion shoots are notorious for being awful and abusive and not considerate to people involved — and this was just the opposite of that. So everything through and through just felt really good."

Tobia describes Kraber as "an allied mom who knows how to do the business side of things," and the other half of Fluide, Isabella Giancarlo, as "a gender nonconforming, cool Brooklyn kid" who's very much a part of the community. The partnership is especially exciting, they add, because it's a stellar example of allyship for non-binary, GNC, and trans people in the beauty industry.

"There are trans business people out there, but in terms of the beauty space, I think that what's really important is for allies who have the wherewithal and the know-how to step up and help us actualize our visions, and that totally is the vibe with Fluide," Tobia says. "It's really like, we want to create something that will work for the community, and they sort of stepped up and did it."

And kicking off with glitter, nail polish, and lipstick is telling — Tobia says (and who doesn't agree?) that those the "hottest and most adored things within GNC and genderqueer beauty trends."

"I really do feel like the heart of this collection is so good, and it's such a step forward, and I just want them to be a rocketship to huge success. And I want them to do a giant campaign with billboards one day and give everyone else a run for their money, because I think Fluide is doing something that no one else has figured out how to do," Tobia says.