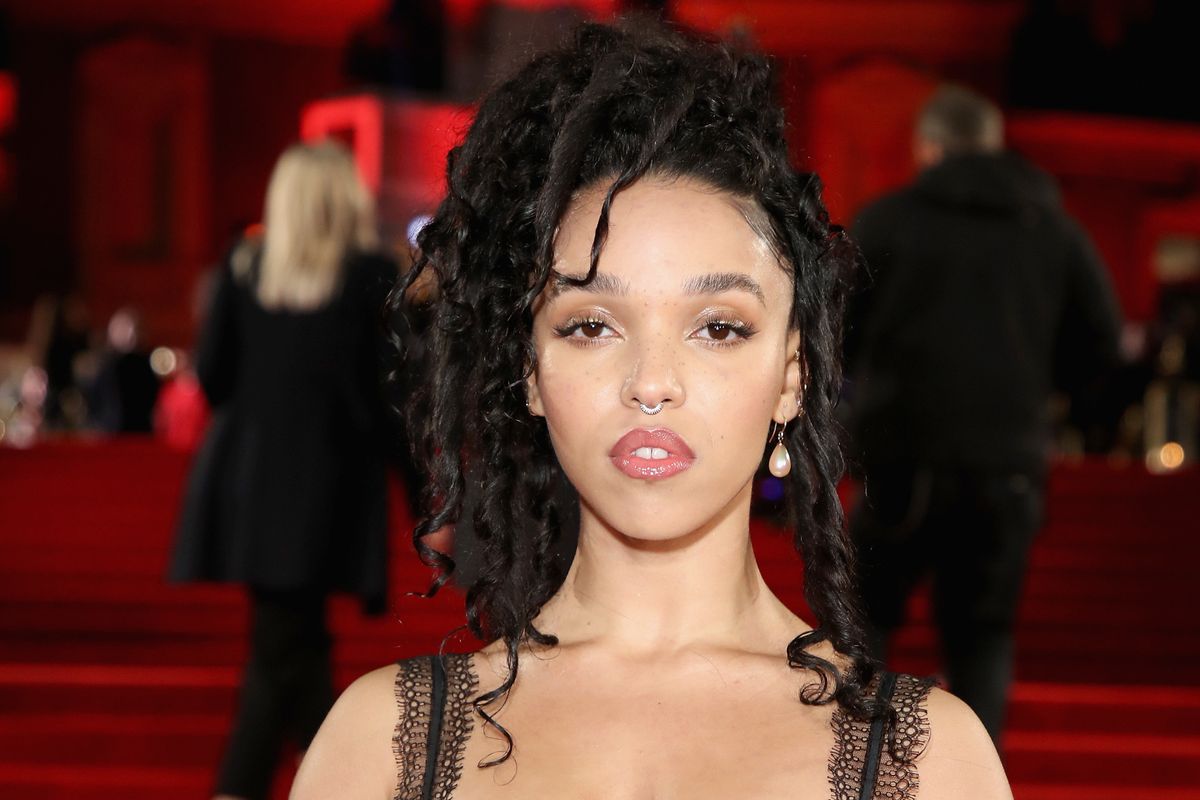 FKA Twigs Sparked a Debate Over the Politics of 'Skinny Legend'

Experimental artist and pole dancing master FKA Twigs has responded to fans making unwanted comments about her body online, and as an unintended consequence, sparked heated a debate about the politics of the term "skinny legend."

As documented by the r/popheads thread on Reddit, FKA responded to a fan who commented "You're so skinny I stan a skinny legend" on one of her pole dancing videos. The artist is also a talented pole dancer, and has spoken frequently about how the sports helped her recover from a series of serious surgeries.

FKA gently informed the commenter that she doesn't appreciate being labeled with the term, which she finds "problematic" and "plays into something that makes me uncomfortable endorsing."

She said, "I have always prided myself on being toned, strong and grounded physically, not skinny or thin. as an athlete, it's just not a reflection of my body goal or type and it makes me feel sad when i'm called that."

Beside finding it personally unsavory, she implied that the term is bodyshaming: "all body shapes are beautiful and the focus should be on being healthy in the skin you are in."

Many fans applauded her comment, but others argued that FKA misunderstood the meaning of the term "skinny legend." Debates over whether or not the term is offensive and fatphobic, or an ironic inside joke, have flourished on FKA's post as well as on Reddit.

"@fkatwigs it's really derived from stan twitter. A skinny legend DOES NOT associate with weight or anything to do with the body." wrote on Instagram user. "It means something that is "iconic" and "cant be stopped" which is why Beyonce, Mariah Carey and Ariana Grande are referred to as this. Internet culture is complex lmao."

A fan on Reddit defended the term by comparing it to, "that bitch," which on-the-surface, or out of context appears offensive, but is meant as a compliment. The Daily Beast, in a deep dive on the meme, concluded: "A skinny legend can be any weight, any size, any gender. The phrase is used as a term of endearment by stans who worship particular celebrities."

However, despite the term's ironic context, some argue that the meme endorses fatphobia despite its ironic inversion. Another Reddit user wrote: "All of y'all acting like there isn't a reason that skinny is a positive stan twitter word. Just because it doesn't mean you're calling someone actually thin doesn't erase the context of 'being thin is good' which therefore implies 'being fat is bad.'"

Despite the disagreement, folks from both camps seem to agree that the user whose comment on FKA's insta sparked the debate was misusing the term. The user appeared to be sincerely commenting on FKA's body (prefacing "skinny legend" with "you're so skinny") rather than using it refer to her icon status — undermining the memes send-up of obsession with celebs bodies. However, "Skinny legend" is often used (or misused) in this sense, as memes often are when they escape from their own insular Internet sub-cultures.

Whether or not "skinny legend" should be retired, FKA understood the intent of the comment on her post perfectly.