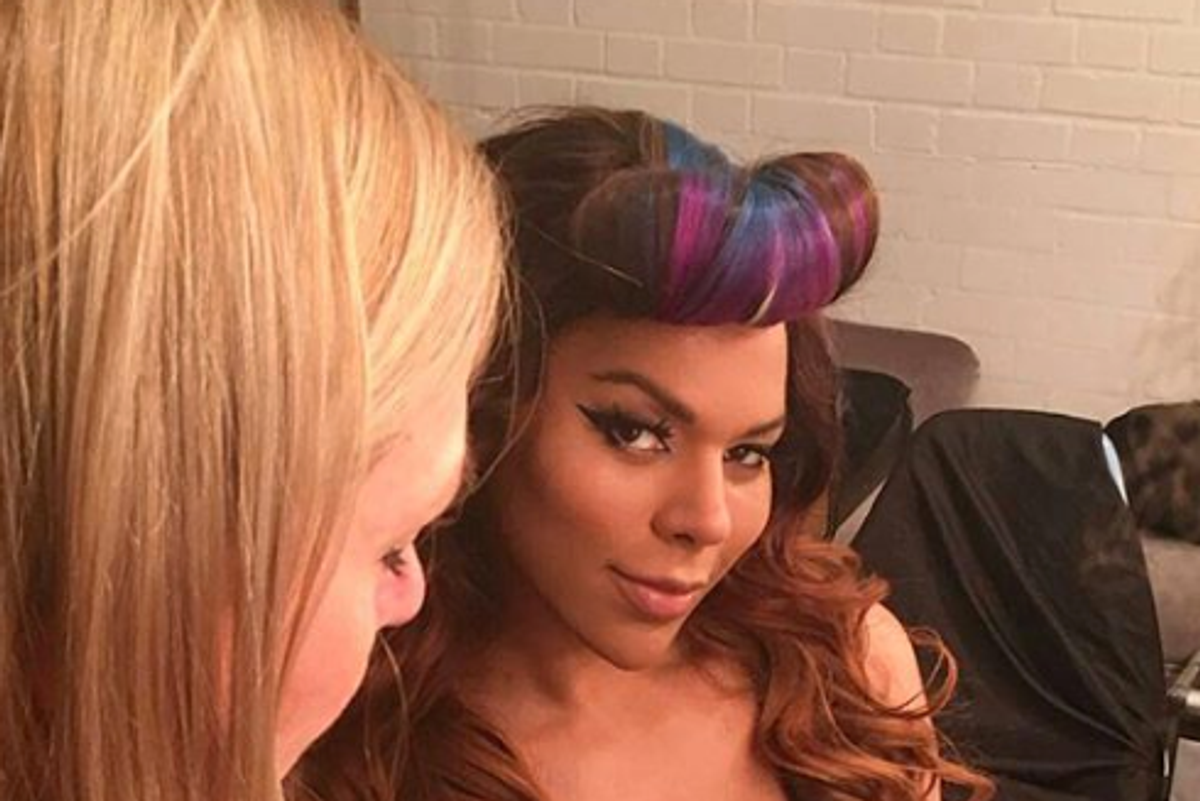 Less than two weeks ago, the stunning trans model and activist Munroe Bergdorf made headlines when she was dropped as one of the faces of L'Oréal's new diversity campaign, and the resulting mayhem was compounded by the fact that her inclusion in the initiative as the brand's first ever trans face had been announced only days prior. Though her firing would have been worth discussing regardless, it was her cause for dismissal that sent the internet into outrage.

In a tweet, L'Oréal explained their reasoning, citing, "Comments by Munroe Bergdorf are at odds with our values and so we have decided to end our partnership with her." The "comments" in question came from a Facebook post that the model had made in response to the horrific occurrences in Charlottesville, Virginia. Apparently, Bergorf's opinions about the continued legacy of white supremacy and racism in America didn't line up with L'Oréal's mission to "champion diversity."

Immediately, Twitter made a case for Rihanna to sign the model to her new Fenty Beauty line. Though the Bajan princess has yet to respond, at least another company has. Taking to Instagram yesterday, Bergdorf announced that Illamasqua had recruited her to be one of the faces of their next campaign. In the accompanying picture, Bergdorf looks at the camera with a sly smirk as she sits in a chair getting her makeup done. It's almost as if she's saying, "Ha! What now, L'Oréal?"

Check out her announcement below.