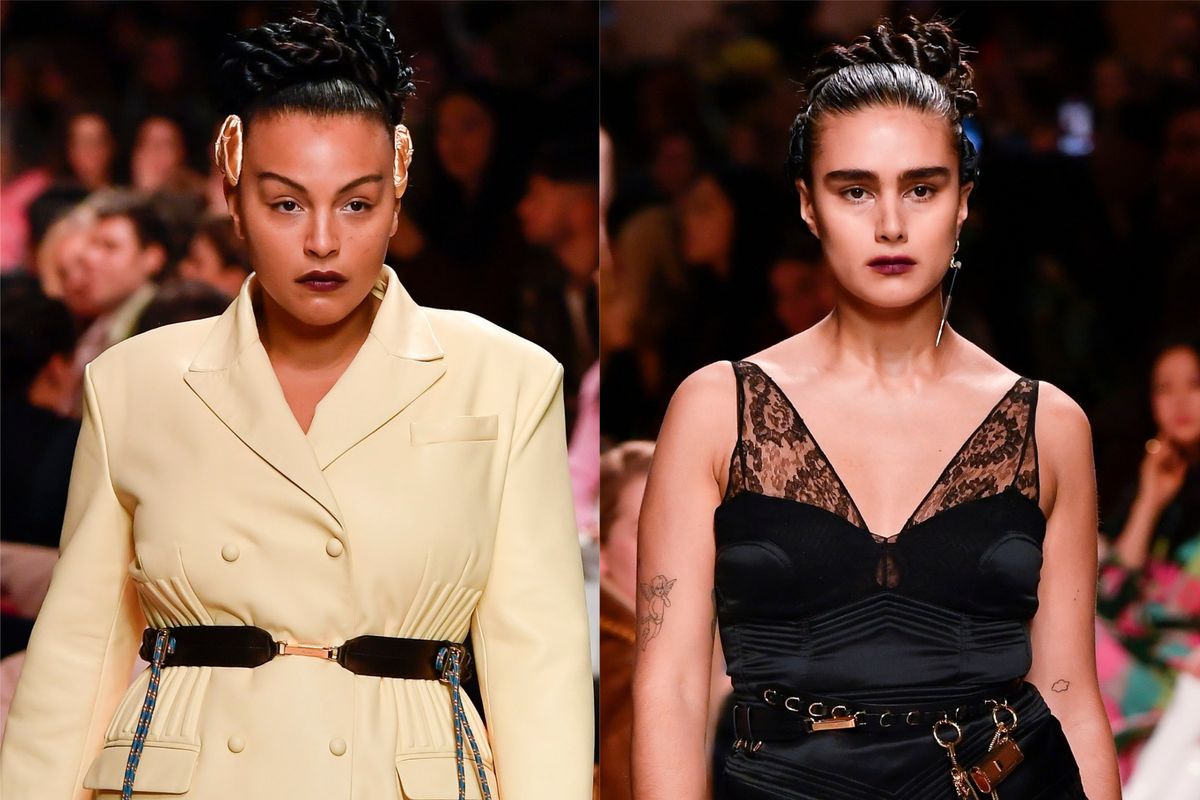 While some luxury brands remain hesitant to cast anyone bigger than sample size on the runway, others have made great strides in recent seasons. According to the Fashion Spot, the number of plus-size models cast for Spring 2020 were 86 — the highest number it's been since they first started tracking.

However, Milan had the lowest number of plus size models last season among all the four fashion capitals, with just two curvy models featured on the runway that whole week (both were for Marni). Which makes it refreshing to see brands like Fendi take steps to become more size inclusive.

The brand's Fall 2020 show in Milan yesterday featured Paloma Elsseser and Jill Kortleve on the runway, making it the first time Fendi casts plus-size models for its shows. "I would simply like to express my gratitude for this monumental moment," Elsesser wrote on Instagram. "This means the world to me, but most importantly to those who have never seen themselves on a runway in Milan."

Kortleve likewise shared her gratitude after walking her first ever Milan runway show. "Sometimes I feel like my life isn't real," she posted, adding that she's "thankful for all the opportunities I get and all the people that believe in me and help make it all happen."

Elsesser and Kortleve are some of the most in-demand plus-size models in the industry, with the latter having the most castings overall last season among her curvy peers. (Seven, according to the Fashion Spot.) She's already walked for Molly Goddard in London, and Michael Kors and Rag & Bone in New York. Kortleve also walked for Jacquemus in Paris last month, while Elsesser booked Eckhaus Latta during NYFW and Ganni for Copenhagen Fashion Week.