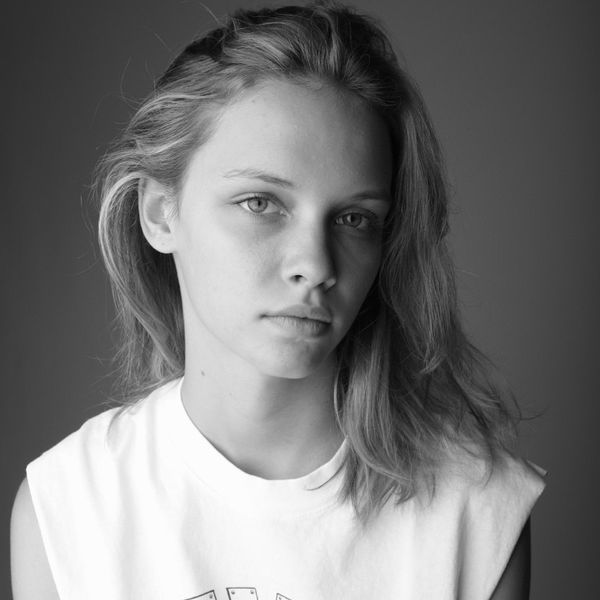 Each generation has its reigning model-turned-musician. The 1960s had Nico, the 1970s crowned Jane Birkin and the 1990s through the early aughts followed Karen Elson. Now, in 2020, rising artist Faith Lynch is looking to join the ranks.

Related | 4 Models Rising Through the Ranks in Fashion

You probably already recognize Lynch. The IMG-signed 20-year-old has been in the public eye since a chance 2015 scouting at a Wiz Khalifa concert and has long walked for high fashion labels, like Brandon Maxwell, Miu Miu and Jeremy Scott. Last November, Lynch traded in runways for recording studios and released her debut single, the Rich Skillz-produced "Whisky," depicting an all-too-common addictive, toxic relationship.

"I chose the name 'Whisky,' because like the alcohol, the story can be sweet, but it's also extremely harsh," she says. "The relationship I'm describing is a lot like the way that whisky goes down."

As a burgeoning songwriter, Lynch's primary focus is connecting her experiences with those of her audience. "Whiskey" proves no exception. Lynch sang, recorded and filmed the track all with her past in mind.

For the song's Matt Easton-directed video, Lynch drives a convertible through the wilderness of upstate New York, burns a flower and fights with a lover, before driving away, leaving him in the dust of her memories. Amid that narrative are nostalgic flashbacks of the relationship's happier times.

"I wanted to be relatable to any audience, any young person who knows that it's right to leave or doesn't know how, but can relate to the stress of it all." She says. "Understand that it's not always a good thing to hold on and try again."

Her biggest inspiration, both musically and lyrically? The late Amy Winehouse. "She was always able to tell stories that you'd remember and relate to," Lynch says. "Her voice was so powerful. She's someone I have looked up to my entire life. I'm also inspired by jazz vocalists, such as Nina Simone, Etta James and singers like Adele. I want to be powerful and sound as strong as those people made me feel."

While Lynch prepares to release her official EP this spring, she's continuing to explore her own artistry along the way, "I want to keep challenging myself, pushing my vocal range, the poetry in my lyricism, and to keep telling stories that people can relate to," she says. "My sound is not set in stone, so I want to keep exploring."