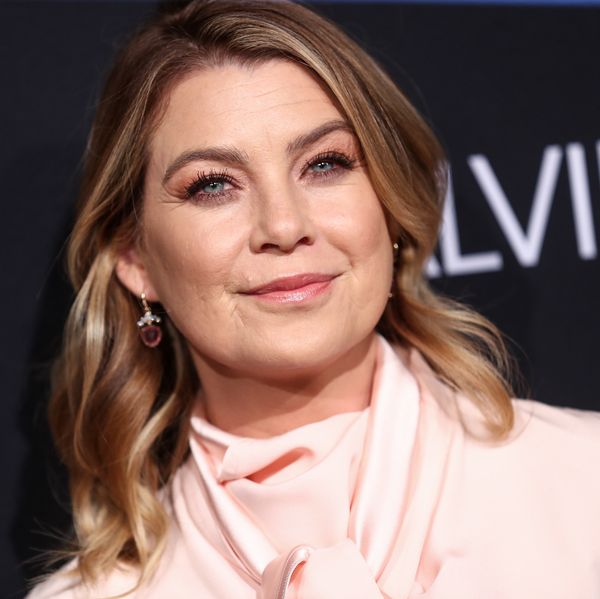 Everything Ellen Pompeo Says In This Interview Is True

Ellen Pompeo, the star of Shonda Rhimes' long-running medical show Grey's Anatomy, tends to break the fourth wall when she talks to the press. Earlier this year, she provided The Hollywood Reporter with one of the most honest and fascinating interviews ever given about life as a high-grossing TV actress. Yesterday she did the same thing again, this time during a panel discussion for Net-A-Porter's Porter where she appeared alongside Gabrielle Union, Gina Rodriguez, and Emma Roberts.

Pompeo was likely by far the most highly paid actress in the group, and what made the interview so interesting was how happy she was to broach every hard-to-talk-about topic — sexism, racism, pay disparity — from the perspective of someone who has more privilege than others.

She explained how white women could help lift up their co-stars of color. And also gave the rare admission that celebrities have it much easier than working class people when it comes to addressing these kinds of issues.

"Women with normal jobs are in very different situations than us, so I feel very out of touch and arrogant even to talk about my fight for my pay," Pompeo said. Rodriguez agreed, noting that being a Latina actress on TV puts her in an even stranger position where she "can't help but feel already so gracious to do what I do, and culturally I was raised to be so grateful to get here."

Discussion moved towards the disparity of pay between TV talent and TV executives, with Pompeo making the point that women were often told to accept lower salaries for more creative projects where they would be more likely to win award show gold. She's tired of it. "I don't care about a red carpet, I don't care about a statue, I care about sending my kids to college," she said.

"And for people of color, when has an award ever paid off financially?" asked Union. "Fuck your awards, pay me."

Pompeo gave an example from her personal life of walking out of a political event hosted by a friend after realizing only white people were in attendance. She also spoke about meeting with directors and bringing up the issue of non-diverse film and TV crews. Then she literally called out Porter for not having people of color on set.

"As Caucasian people, it's our job, it's our task, it's our responsibility to make sure we speak up in every single room we walk into," she said. "This is not okay. We can all do better. It's our job because we created the problem."

As Pompeo herself noted, doing this is "fucking hard." But the whole panel agreed that things were changing for the better, especially now that women actors are talking to each other and comparing notes behind the scenes.

Watch the whole interview, below. It's worth 25 minutes of your time.