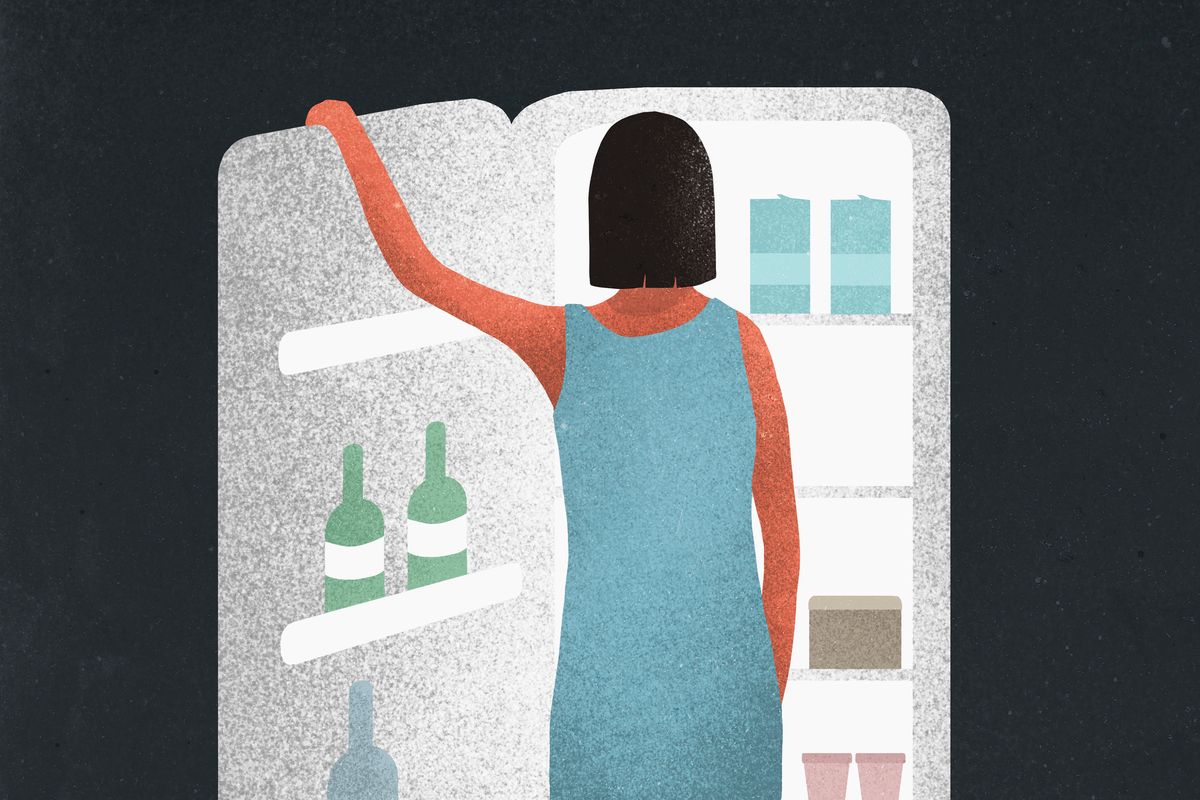 In recent months, the coronavirus pandemic has thrown every aspect of normal life into disarray. Most people in the world are dealing with a brand new situation that's left us anxious for ourselves and our loved ones while managing massive disruptions to normalcy. Lockdown means many of us are spending pretty much all of our time at home, which isn't great for anyone's mental health. And while the full impact isn't going to be clear for a while, we do know that the fear, loneliness, and anticipation of grief is only going to intensify over the coming weeks.

Everyone who was already struggling with pre-existing mental health issues is particularly vulnerable during this next weird, unprecedented period in history. But for the 30 million people in the US with eating disorders (as well as millions more others across the world), a pandemic poses a set of very particular challenges.

Self-isolation is likely the biggest of these. "Eating disorders thrive in isolation," points out Kerrie Jones, Clinical Director and Co-founder of day treatment centre Orri. "When we are cut off from loved ones and day-to-day routines that help us to feel safe and in control of our recovery, the 'voice' of the eating disorder can seem amplified." People isolating with roommates or family members don't have it much better: per psychologist Mona Hansen, "for those living in close proximity with others for long periods, there will inevitably be stress points in relation to food and meals."

One of the biggest concerns for anyone self-isolating is food, and a certain degree of stockpiling in order to avoid public spaces as much as possible has become the norm. Hansen points out that this means those with Selective Eating Disorder won't be able to readily access their "safe foods" – meals that they feel comfortable eating, and Jones adds that the scarcity mindset and imposed restrictions "may exacerbate overwhelming feelings of being out of control."

Catherine, 32, has an eating disorder that manifests as cycles of starving and binging. Mass stockpiling has made recovery difficult: "There's nothing on the shelves, there's no delivery slots, and what I have needs to really last. I can't even think about the fact I can't access my safe foods for a while."

Catherine usually considers her eating disorder to be under control, but this disruption is sending her disordered thoughts and behavior into overdrive. "At first I was just concerned about how I should be rationing food to make it last longer, but now I'm just too full-on scared to eat anything at all," she says. "There are fresh things in my fridge that I just can't make myself touch. Which is backwards."

If someone is struggling without access to their safe foods, Jones recommends trying to find alternatives. She says it's imperative to keep in touch with your treatment team if you have one. Dr. Bryony Bamford, the Clinical Director at The London Centre for Eating Disorders and Body Image, agrees: "Where it isn't possible to obtain your safe foods, make a list of possible alternatives. Try to stay as close to your safe foods as possible, e.g. buying a different brand or variety of food."

Eating disorders are often tied to a need for control, but recovery also requires rules: "Routine is particularly important in recovery as it helps people to feel structured and in control," says Jones. Set meal times often help us to stick to healthy habits, but self-isolation threatens those routines. Clara, 27, was diagnosed with EDNOS in her early 20s. She's found herself triggered by not being able to stick to her schedule. "One big way I coped with the anxiety was to exercise, and now that I can't go to the gym, it's been difficult," she says. Bamford affirms that it's important to find a new routine, maintaining structured meal and snack times: "as much as possible try to keep your old routine going," even if it looks different to normal: "Talk to friends electronically as much if not more than you would usually do; if you used to do an art, yoga or music class once a week, look to do this online. Structure is crucial."

While loneliness and the disruption of everyday routines are triggers for many sufferers, everyone is different. Jessica, 26, has battled with restrictive eating patterns since she was a teenager. She says that self-isolating, and the consequent slowing down, has been good for her: "It has allowed me to see things from a different perspective. Health is so so important right now. Eating right, well, and often is so important." Charlotte*, 22, who has bulimia, has had a similar experience. She thought that buying meals for up to two weeks would force her to spiral, but because she's been self-isolating with a friend, she hasn't been able to. "I would hate for her to notice that I'm binging and worry about me," she says, adding that the reassurance we're all in this together has forced her to be kinder to herself.

Many people have been struggling with the inability to see their regular therapist face-to-face, but there are options, such as teletherapy over Skype or Zoom, which Hansen says that there is strong scientific evidence in favor of. She does think that cutting millions of people off from their social support systems could have a huge mental health impact, especially as relationships with the people we are quarantined with become strained. There are ways to reconnect, however: "As a lot of social contact occurs in an incidental way, it will be important for some to make active efforts to communicate with people". Jones adds that if someone is still struggling to access online therapy, she recommends "reaching out to those in your life who reinforce positive, recovery-focused behaviors and asking them to hold you accountable."

The most important thing to bear in mind, whether it's you or a person close to you struggling, is maintaining closeness alongside distance. Bamford says that connecting with friends and family online is imperative to combat loneliness and maintain normalcy, and that "bottling up negative feelings will only serve to strengthen your disorder." Many will worry that burdening their families in these times will worsen their anxieties, which is why it's important to reach out to fellow sufferers. If you need support outside of your usual networks, the National Eating Disorder Association and UK charity Beat have specifically tailored COVID-19 advice. Jones also recommends following recovery-oriented social media accounts.

Most importantly, trying to maintain some structure in your recovery while forgiving yourself is of utmost importance: "if it is particularly hard right now, it is not their fault and they are not a failure," she says. We deserve to feel safe, and an event like this on such a mass scale is always going to make recovery difficult. Being kind to yourself is an important start.