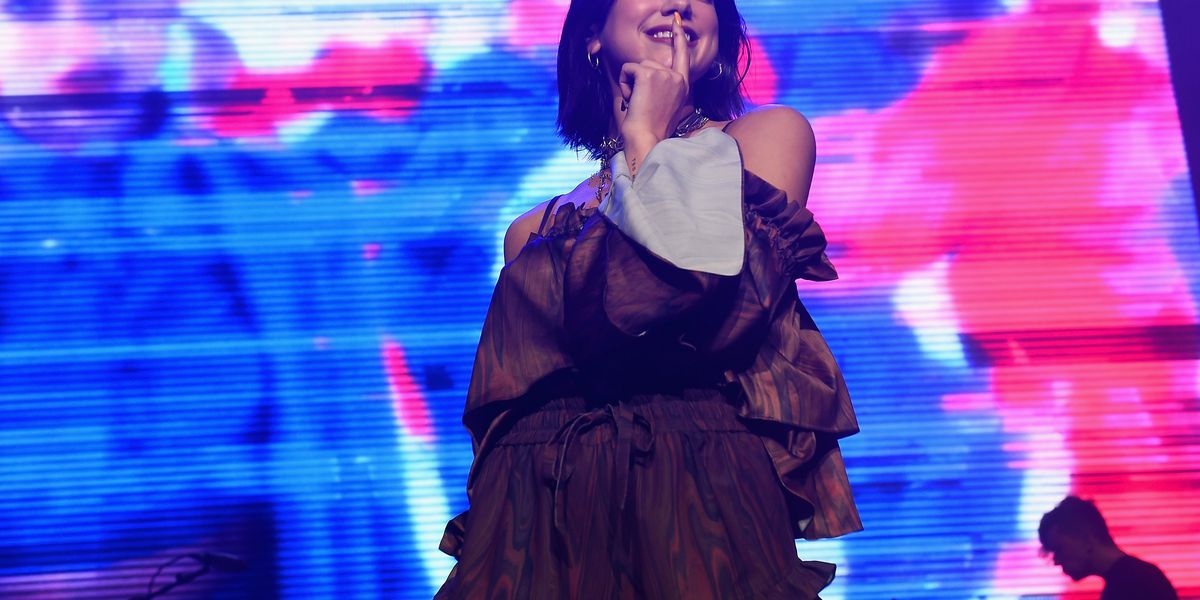 On Saturday, Dua Lipa announced on Twitter that her father, Dukahjin Lipa, has created a music festival called the Sunnyhill Festival.

Sunnyhill is a neighborhood in Kosovo's capital, Prishtina, where the pop singer's parents grew up. The British-Kosovan artist also responded to a fan tweet, saying, "Its always been home to me and thats why its the name behind the foundation and festival."

Dua tweeted out a long message, detailing how her father had always dreamt of putting something like this together—not for his daughter or himself, but for giving back to their home country and promoting its culture. "He had an idea to create a festival in Prishtina, Kosova with lots of international and home acts to really help put Kosova on the map culturally," she says. "Sunnyhill festival is coming this summer to Germia Park and 25% of all ticket proceedings are going to SunnyHill Foundation to aid the youth of Kosova in creative arts."

Other acts in the lineup include rapper Action Bronson, pop artist Stanaj, and London hip-hopper Col3trane. The "main act" is still under wraps, but some are speculating it might be DJ Calvin Harris.

Sunny Hill festival is coming this summer to Germia Park!! I'm so excited to head down a few days prior to the festival to do some work with the charity and visit my hometown! Tickets are available via https://t.co/r4GPkhHW8r !! SEE YOU THERE! 💥💥💥proud of you @dukagjinlipa pic.twitter.com/DOnFo70ZzH
— DUA LIPA (@DUALIPA) June 16, 2018

The festival is a three-day affair, from August 10 to 12, with tickets currently on sale on the Sunnyhill Festival website.

DUA LIPA on Instagram: “Happy Fathers day to the OG @dukagjinlipa we love you xx”