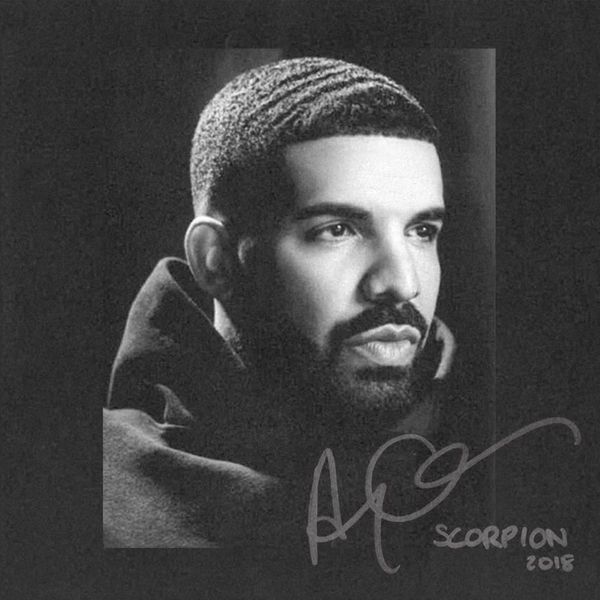 What Will Drake's 25-Track Album Bring?

The moment we've all been waiting for has (almost) arrived. It's Drake's fifth studio album, and the only music he has actively promoted since 2016's Views.

Related | How Much Would You Spend on Drake's Handwritten Lyrics?

In between formal projects, the rap superstar has dropped truly stellar full-length non-albums. Between Nothing Was the Same and Views was If You're Reading This It's Too Late. After Views and prior to his latest dropping at midnight, Scorpion, came More Life. Neither of these projects received a music video, or any hype in the lead-up, although they were mutually such massive, stand-alone successes it's easy to believe we might be up to Drake's eighth album.

This project's roll-out has been bigger than ever. Perhaps considering Views received average reviews, Drake seemed to want to do everything right this time around. Merch was sent out to famous friends and a scorpion chain inspired by the zodiac was revealed. Three singles were released, "God's Plan," "Nice For What" and "I'm Upset" (the former two, ushered in with accompanying videos, went straight to number one), followed by a tour announcement. Everything, it seemed, was going very smoothly...until it wasn't. Pusha T dropped a scathing diss on his album Daytona, seizing an opportunity to counter Drake's not-so-veiled insults thrown the rapper's way on More Life. Drake responded with "Duppy Freestyle," and sent Pusha an invoice from his label OVO for supposedly reigniting the G.O.O.D Music's president's relevance, only several weeks out from his own major release.

Then came Pusha's crushing, and final, blow. In full soap opera fashion, the rapper's "The Story of Adidon" alleged Drake had a secret love child with porn star Sophie Brusseaux, who Pusha claimed Drizzy was intending to reveal in an Adidas campaign, coupled with a photo of a post-Degrassi, teenage Drake in blackface, which Drake was forced to clarify. Then, as quickly as it arose, the beef was done. Pusha T said so, Kanye West said so, and Rap-a-Lot Records CEO J. Prince appears on Sway In The Morning to tell the world Drake is sitting on a comeback targeting both Pusha and Kanye that he's promised never to release. It's a song, J. Prince said, that would have "hurt families" and "ended [West's] career." A takedown of epic proportions.

Enter: the billboards — Drake's favorite (literal) platform in which to reveal release details to fans. We've learned that the album has two sides à la vinyl, and consists of 25 tracks. What we don't know is who is featuring, leading fans to fabricate their own ideal lineup of artists to grace the record(s). Each track is also titled obscurely enough so as not to give away it's subject matter. So will Drake broach his storied past with Pusha? Might he confirm his son? What direction will each track take? We have some guesses.

1. Survival — Drake sends love to MoviePass
2. Nonstop — How frequently Drake texts a new crush
3. Elevate — Drake's shadowy foray into sorcery
4. Motionless — Drake has found himself at a Tibetan monastery, extols the virtues of silent meditation retreats.
5. God's Plan — Been there, done that
6. I'm Upset — Been there, done that
7. 8 Out Of 10 — A former flame once told Drake he's only an 8, and he's never forgotten it
8. Mob Ties — Drake compares OVO to the mob, because both enjoy carbonara and an oaky Tuscan red
9. Can't Take A Joke — Drake tells J.Lo he didn't even want to date her anyway
10. Sandra's Rose — Drake shoots his shot at Sandra Bullock
11. Talk Up — Like "Hotline Bling," but more so a deep dive into how constant phone use can be detrimental to our hearing
12. Is There More — Sequel to the Stacie Orrico classic "More to Life"

SIDE B
1. Peak — Rhymes with Meek, features Meek Mill
2. Summer Games — It's heating up and Drizzy is feeling frisky enough for a round of petanque
3. Jaded — Drake's decides he's too grown for college girls
4. Nice For What — Been there, done that
5. Finesse — Drake shoots his shot at Bruno Mars
6. Ratchet Happy Birthday — ¯\_(ツ)_/¯
7. That's How You Feel — a ballad pleading for Rihanna and/or J.Lo to reconsider
8. Blue Tint — an ode to those aviators that make him feel like Lana Del Rey wearing high tops in the summer
9. In My Feelings — Self-explanatory
10. Don't Matter to Me — Drake takes aim at Internet astrologers offering Scorpio horoscopes he does not agree with
11. After Dark — Drake finally delves into his issue with women drinking glasses of champagne on the dance floor and hanging with friends he hasn't seen before
12. Final Fantasy — Drake ignores J. Prince's advice, finally comes for Pusha T, Kanye
13. March 14th — His son's birthday