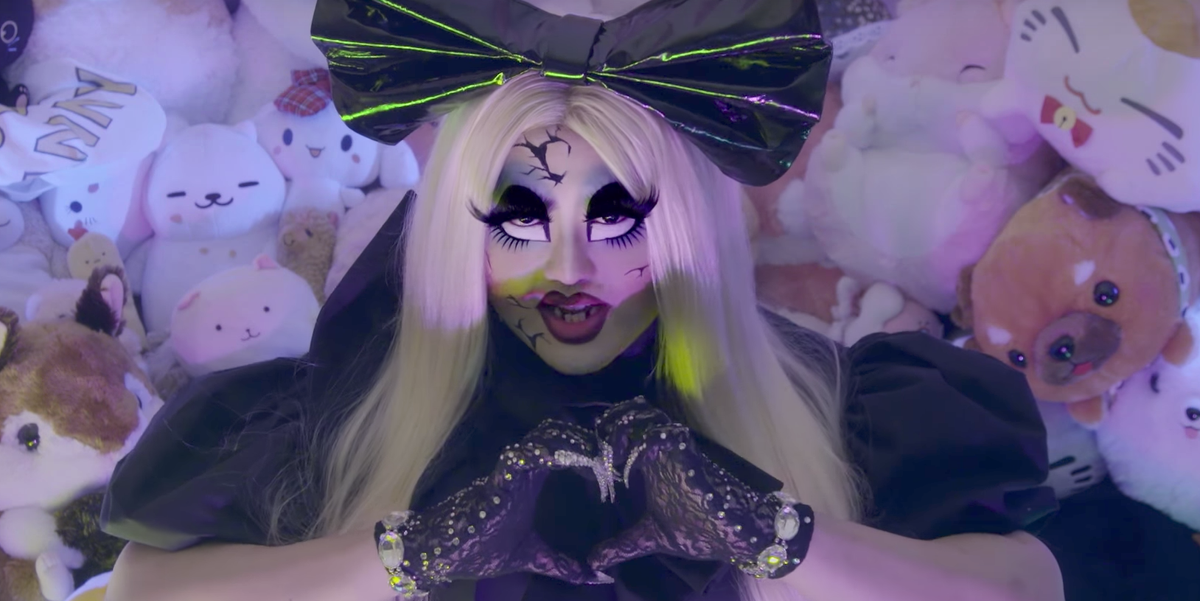 Drag queens are having a huge moment right now. Between nabbing their own Viceland TV shows, starring in global high fashion campaigns, and appearing on upcoming tracks with some of the hottest musicians out — not to mention that RuPaul's Drag Race is nominated for four awards at this month's Emmy Awards — it's a really good time to be a "shape-shifter" (as RuPaul calls them).

The trend continues as Kim Chi, a runner-up from season 8, stars in Danny L Harle's new video for "Me4U." The track was released in April and has become a mainstay for every PC Music playlist in the months since, but it takes on a whole new life now with this inventive accompanying visual. Zooming in on Kim Chi in spooky makeup painted to look like cracked skin, the popular drag queen — who is, naturally, pressed up against a wall plastered with plushy Japanese stuffed animal toys — lip syncs in her fun, quirky way while digital bubbles float around her. At one point, Harle himself appears to pluck away at the piano, but there is no question that this show belongs to Kim Chi.

Watch the lip sync queen below.