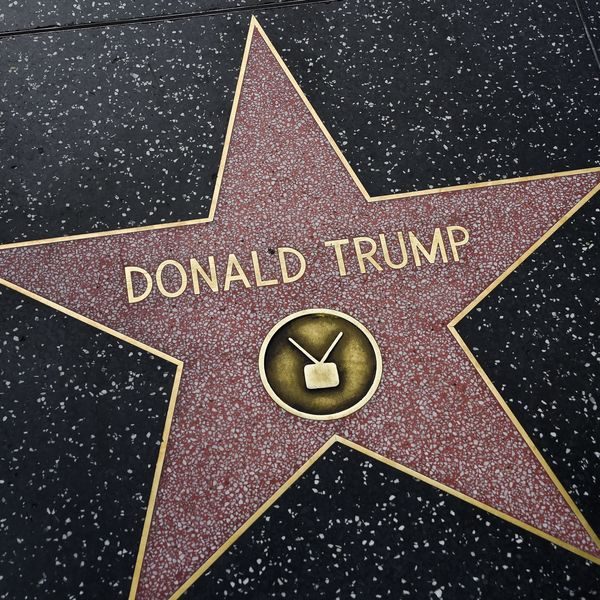 In these days of rampant xenophobia, racism, sexism, and homophobia, it is specific policy change and voter turnout that will change things. But, in the meantime, it's also nice a nice break from the daily political horrors consuming the news to hear that Trump's Hollywood Star was smashed to smithereens.

On Wednesday morning, a man destroyed Trump's star on the Hollywood Walk of Fame using a pickaxe. The police responded to a call that happened at 3:33 am PST. The man responsible is in custody. His identity is unknown.

A video taken at the scene shows that the star is completely destroyed. Pink dust is is strewn across the sidewalk.

Trump was awarded the star in January 2007 to honor his work on NBC's The Apprentice. The star has been subject to vandalism before, too. In the past, people have stomped on the star, have put stickers over it, and have spit on it. It was also previous smashed by James Otis, a man who dressed up as a construction worker and broke it apartusing a pickaxe and a sledgehammer in October 2016.