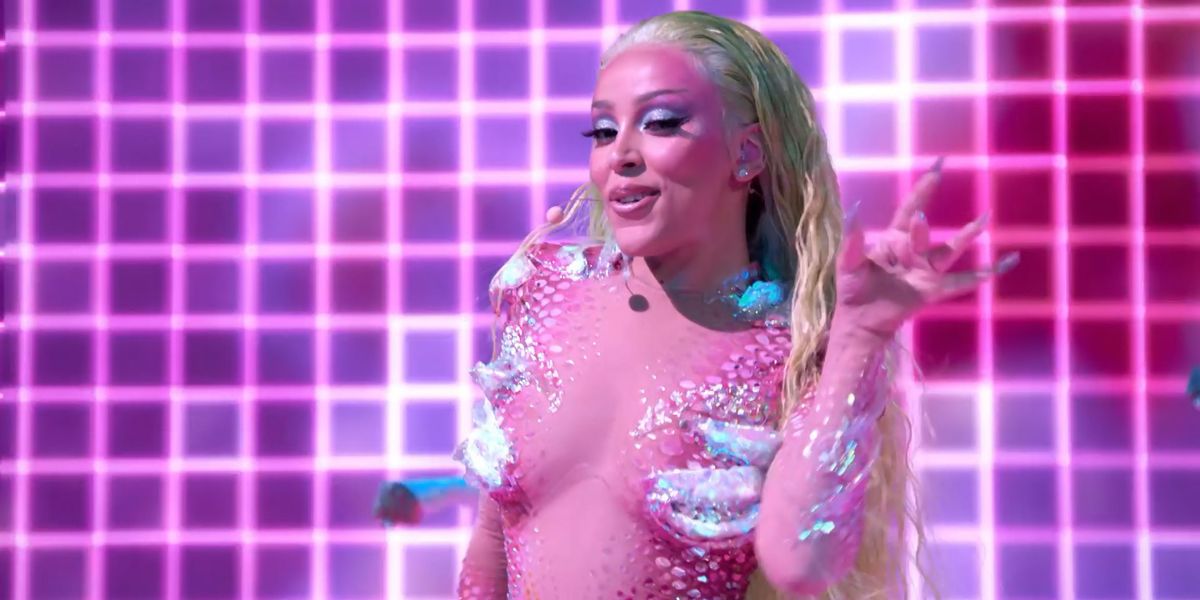 Doja Cat Traveled to Space for Her Wild VMAs Debut

Reporting live from planet Doja! The legendary rising Cat performed both "Say So" and "Like That" at the 2020 MTV Video Music Awards. If you're familiar with Doja, you know that her "performances" aren't just that, but instead slips into new dimensions and realities that reveal some seriously freaky stuff. This double header was no different, making her debut as wild as anything you've ever seen.

Before delving into her two massive songs, Doja played the part of Something Quirkier, an MTV News journalist that paid homage to the network's former show that first aired in 1987, introducing viewers at home to what was about to go down. After nasally announcing her performance, she emerged from a pink bubble on an alien surface, singing "Say So" while dancing with an array of tentacle-wearing supporters.

It got even wilder from there after Doja teleported herself and some backup dancers to a futuristic dance floor that existed in the middle of space for "Like That." All of the alien creepiness from the previous song disappeared and, in its place, existed a serious testament to twerking. Doja and her dancers shook their bodies in unison until the song ended, enabling Doja to finally smile and catch her breath.

Doja was nominated for Song of the Year, for "Say So," Best New Song, again, for "Say So" and PUSH Best New Artist.

Check out Doja's epic performance up above.