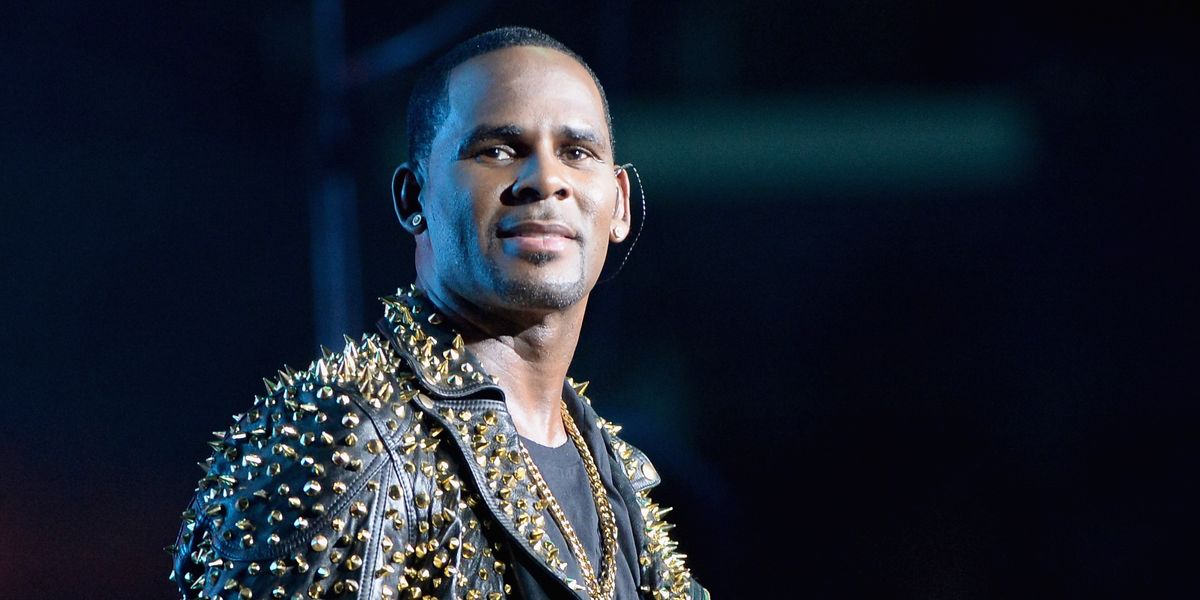 UPDATE 5.30PM EST: R. Kelly has responded to the accusations in a new Buzzfeed article that verifies via multiple sources the singer is running a "cult"-like environment in his rental properties where he "holds" young women.

Kelly's lawyer Linda Mensch released a statement on behalf of the singer, which reads as follows:

"Mr. Robert Kelly is both alarmed and disturbed at the recent revelations attributed to him. Mr. Kelly unequivocally denies such allegations and will work diligently and forcibly to pursue his accusers and clear his name."

Three sets of parents and R. Kelly's former employees all gave reporter Jim Derogatis similar accounts of Kelly's treatment of the young girls he houses. Kelly has been charged in the past with 14 charges of making child pornography — a case that arose after DeRogatis launched an investigation into Kelly's sexual exploits after receiving a videotape of him allegedly having sex with a 14-year-old girl in 2000.

The RnB singer was acquitted then, but considering how many witnesses came forward to corroborate the same story throughout Derogatis' investigation, it's unlikely he'll get off as easily this tim around.

Buzzfeed has conducted an investigation into Robert 'R.' Kelly's personal life after several parents have alleged the RnB singer — who has been accused of sexual assault dozens of times in the past — is holding and controlling their daughters as part of his "cult" of young women.

Three of Kelly's former employees gave the outlet similar accounts, confirming that Kelly has six women (some minors) living in rented properties in Chicago and Atlanta suburbs. According to the report, the "Ignition" singer requires the women to ask permission to eat and use the bathroom; they are trained by an older resident how to please him during sexual encounters — all of which he records to show his male cohort. He also controls their appearance, when they sleep, bathe and what they eat. The former members of Kelly's inner circle allege the girls are required to wear sweatsuits so as to not be attractive to other men and will be punished physically and verbally if they are seen to be so much as "too friendly" with a male cashier.

Former assistant Cheryl Mack says "[Kelly] is a master at mind control. ... He is a puppet master."

The investigation centers around the parents of an unnamed "aspiring Florida singer" who Kelly backstage at a concert in Atlanta in May 2015 when she was 15. Kelly promised to help her with her music career, but it wasn't long before they were communicating in secret and she was being flown to visit him at various shows. She has now been living with Kelly for the past two years, in what the parents describe as a "cult." The parents claim their eldest child is "brainwashed" and have spoken with both the FBI and police in two states.

Buzzfeed obtained audio of R. Kelly's conversations with the then minor, in which he remains disengaged when she mentions her music, clarifying he's "more interested in developing [her]". He orders each of the women to call him "Daddy" and they are his "babies."

Kelly, now 50, has settled "numerous" lawsuits with young women for sexual misconduct, he was also married to Aaliyah when she was just 15 and wrote her song "Age Ain't Nothing But a Number." In 2013, the Village Voice's Jessica Hopper interviewed the Buzzfeed writer and former Chicago Sun-Times journalist Jim DeRogatis, who first reported Kelly's many accusations of sexual assault. The lawsuits, as told her, were "stomach churning."

"I think in the history of rock 'n' roll, rock music, or pop culture people misbehaving and behaving badly sexually with young women, rare is the amount of evidence compiled against anyone apart from R. Kelly. Dozens of girls — not one, not two, dozens — with harrowing lawsuits," he said.

"The videotapes — and not just one videotape, numerous videotapes... You watch the video for which he was indicted and there is the disembodied look of the rape victim. He orders her to call him Daddy. He urinates in her mouth and instructs her at great length on how to position herself to receive his "gift." It's a rape that you're watching. So we're not talking about rock star misbehavior, which men or women can do. We're talking about predatory behavior. Their lives were ruined."

Because the women's whereabouts is accounted for and thus not technically missing the law is unable to press charges. If, after all of this, you still have any doubts as to the kind of person Kelly is, watch this: