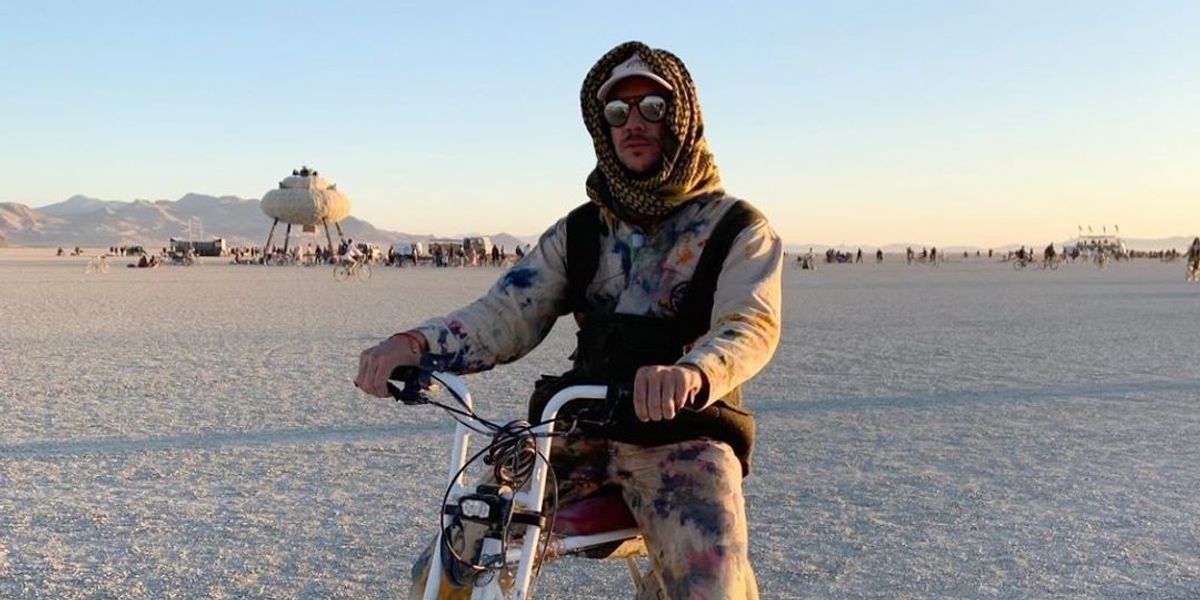 Diplo Was King of Burning Man 2019

EDM lord Diplo has shared photos of his experiences at the kooky billionaire rave that was this past weekend's Burning Man festival, and we are now all free to enjoy them within the safe confines of our office cubicles, thousands of miles away from Silicon Valley idiots snorting too much cocaine-laced sand and accidentally running directly into the flames.

There's so much to unpack, but what you need to know first up is that Diplo arrived in the desert barefoot, in a Popeyes-sponsored private jet, gym-honed arms full of chicken sandwiches. Yes, those very same chicken sandwiches currently sold out across the country, and now, much like Burning Man tickets ($1400 for presale), available to VIPs only.

Upon arriving in the desert, Diplo donned Tusken Raider garb and cruised around on of those desert bikes with big wheels. He posted footage of himself performing to a crowd of approximately three disinterested people, something of a callback to his 2014 appearance at the same event, when he and Skrillex ended up going slightly viral after their set bombed and they were booed off stage. He also shared videos of some other, more successful performances during the festival, as well as a condensed playlist of favorite tracks.

Then there's this confusing video about a cow:

In his final post, Diplo posed with Paris Hilton (a fellow Burning Man regular) and another DJ, Blondish.

He's wearing Louis Vuitton logo overalls (actually the work of custom designer Peskystuff) and looks appropriately wasted. Burning Man is one of the world's great, if relatively neutral, evils, but Diplo makes it look moderately fun, and I would actually go, I guess, especially if Popeyes were involved.