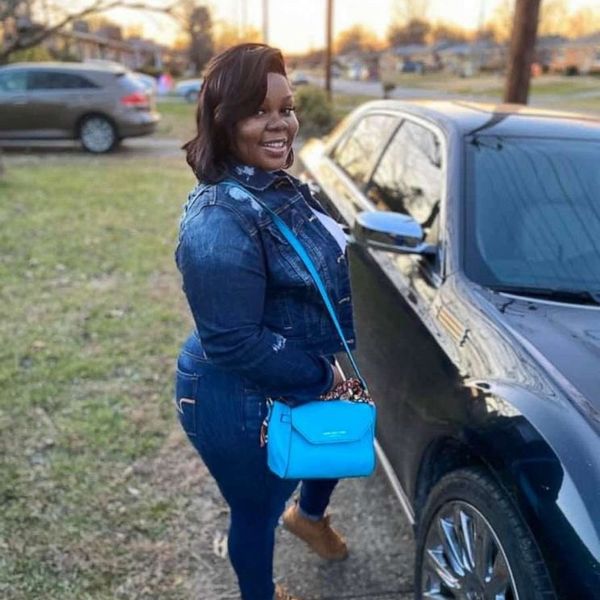 On Her 27th Birthday, Demand Justice for Breonna Taylor

Breonna Taylor's name has been written on thousands of pieces of cardboard and tagged hundreds of thousands of times online over the past week. Despite this, her death in early March at the hands of Louisville police, when she was shot eight times in her bedroom during a botched drug sting, has occupied little of the national conversation compared to the similarly senseless death of George Floyd. There's no bystander footage forcing people to bear witness to her pain: unfortunately still a prerequisite for mainstream media coverage, and for Americans to believe police brutality exists. The relative quiet around her death is also emblematic of how Black women's pain is ignored, or never seen in the first place. Even less has been said about Tony McDade, a Black trans man killed by police in Tallahassee, Florida.

The recent attention Taylor's case has gotten, however, has made all the difference. For weeks, an internal "public integrity" investigation was the only action being taken against the three officers — John Mattingly, Brett Hankison and Myles Cosgrove — responsible for her death. Still, none of the officers have been fired, arrested or charged: they're on administrative leave. Now Taylor's family has filed a lawsuit against them claiming charges of "battery, wrongful death, excessive force, negligence and gross negligence," according to CNN. The FBI has also opened an investigation into the circumstances of Taylor's death.

Scrutiny is on the legality of the "no-knock" warrant that allowed police to enter Taylor's home without announcing themselves, resulting in the warning shot Taylor's boyfriend Kenneth Walker fired believing there was an intruder, which police say justified their fatal shots. (Initially, police arrested and charged Walker with attempted murder of a police officer. Charges have since been dropped.)

The Louisville Police has also announced "reforms," like mandatory body camera usage. However, similar reforms were already in place in Minnesota when George Floyd was killed, and Louisville police already violated them when officers fatally shot a Black man named David McAtee in an attempt to disperse a gathering on June 1. Not a single officer had activated their camera, resulting in the resignation of former Police Chief Steven Conrad. Also at the local level, Louisville Metro Council's Public Safety Committee voted unanimously on Wednesday to approve "Breonna's Law," a regulation that would mandate all officers have to wear body cameras while executing "no-knock" warrants.

Taylor would have turned 27 today. She was an EMT first responder, who went by "Bre" to her large, tight-knit family. Her aunts Bianca Austin and Tahasha Holloway are grateful people know what happened to her. "But we don't want this at all," Austin told NPR. "We want her back."

As the protests continue, here are ways you can demand justice for Breonna Taylor and support her family.

Her aunt Bianca Austin is running a GoFundMe to cover funeral costs and support the family as they continue their lawsuit and fight for justice. Citizens have fundraised millions for George Floyd and Ahmaud Abery's families: make sure Taylor's family gets the same support. Donate here.

A petition on Change.org already has over four million signatures. Add one more to demand charges be filed against John Mattingly, Brett Hankison and Myles Cosgrove, that Taylor's family be paid damages, and Kentucky Governor Andy Beshear appoint a special prosecutor to investigate the LMPD, and federal legislation to ban "no-knock" warrants. Sign here.

Another petition called #JusticeForBre is also circulating. This one also demands the officers' arrest and the Mayor's action, as well as full transparency by LMPD. Sign it here.

Pause your day and read about Breonna's life.

As strange as it sounds, posting actually matters right now. We're all relying on social media for real-time updates on policy action and what's happening in the streets, so while we're glued to our phones, force people to think about Breonna's life and case. Especially if you can't attend the protests in person, remember her and spread the calls for action today using hashtags #BreonnaTaylor and #JusticeForBre. There are several easily sharable graphics and portraits, that you can use to share action steps.

Today Breonna Taylor should have turned 27 years old. In honor of her birthday #SayHerName. Click the link/look at… https://t.co/OwhXusjzmf
— Black Visions (@Black Visions)1591376750.0

Kentucky Governor Andy Beshear, Louisville Mayor Greg Fischer, Commonwealth's Attorney Thomas Wine and Kentucky Attorney General Daniel Cameron all need to hear from you, demanding they do everything they can to secure justice for Taylor. The petitions circulating can serve as a phone and email script. The Action Pac's website StandWithBre.com also has a handy feature for making calls through their website, or see their contacts below.