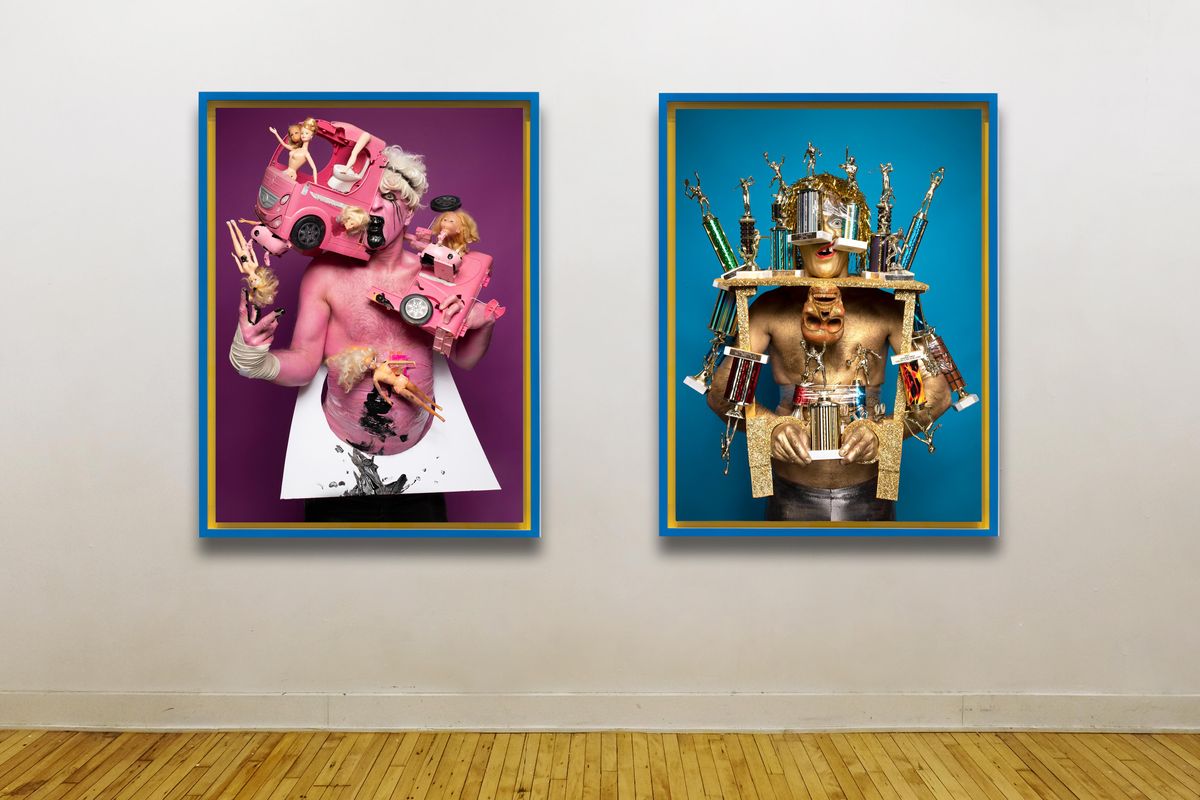 For the next 10 days, David Henry Nobody Jr. is releasing images from his latest collection of bizarre, body-incorporating artistry for the public to see online. Describing exactly what it consists of, though, is near impossible. Let's just say this: you'll realize the value of everyday household items in ways that you've never thought possible.

The pictures, which can be viewed online over at Unit London, depict Nobody literally becoming a part of his materials. In "Mudslide Into Nobody," he's wearing a replica of ground on his upper body while in "Gateway to my Grid," he holds various grids in blue skin paint. If you're hungry, check out "Pretzel Logic" which features Nobody holding racks of pretzels while a Barbie head sits at the very top.

Speaking to Unit London, Nobody explained how some of the pieces came together. "I collect and scavenge strange props that catch my eye in my day-to-day life," he said. "For example, I found an abandoned, filthy Barbie Winnebago on a street in Brooklyn some years ago; this would eventually become an absurd car wreck on my body in the piece 'Self Portrait As Barbie's Bane.' The dolls in this piece are also part of a larger, surreal hoarding-like collection of strange props that line the walls of my studio."

He continued, "The collision of the Winnebago with Nobody is the clash of the inner world of self and outer worlds of consumerist experience, whose boundaries are made both viscous and even Dionysian through my work. My characters are pleasure seeking, unwitting self-saboteurs assimilating into a cookie cutter gone wrong."

According to a statement from Nobody, these artistic pieces — which he describes as "Resemblage" (a mixture of "resemble" and "collage") — are inspired by what he sees. "My experiences watching the Trump presidency and the public's reaction to the Virus show that the spin or recording of something can often be more important than reality," he said. "In a world becoming harder to decipher between reality and 'fake news,' facts and science can be denied."

10% of the profits of Nobody's exhibition will be paid forward. He revealed that they will go to The Campaign Against Hunger, the New York organization that gives food and resources to vulnerable citizens.

Check out Nobody's online exhibition, here, and go behind the scenes, below.