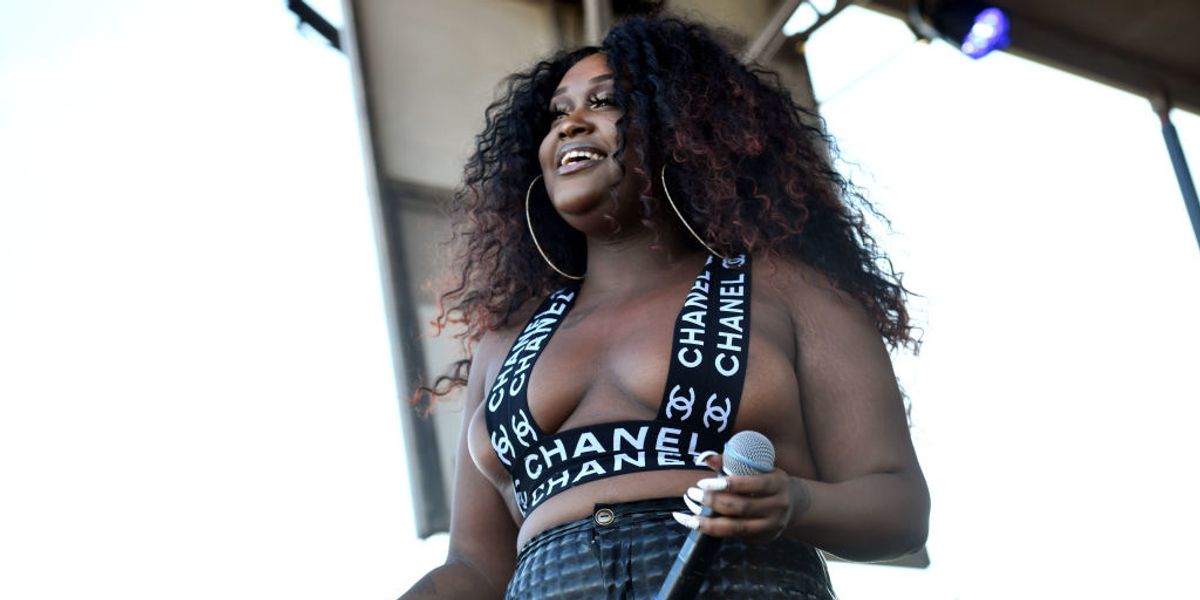 What Were Those CupcakKe Tweets on Shawn Mendes and Camila Cabello Really About?

It's been a shocking weekend for CupcakKe fans.

First, CupcakKe garnered attention on Twitter with controversial tweets about Camila Cabello and Shawn Mendes. She subtweeted the former Fifth Harmony member writing, "Your 'fav' that use to be in that lil pop group is racist but WBK," and later with the descriptor, "The one that's dating the fine gay guy." She followed those tweets with another one more clearly directed at Cabello writing, "Yes sis …. I f*cked your man … & I did it on purpose since your racist ???? & that's the TEA‼️ let's tell the world become I grab the receipts."

In a raw Instagram Live video posted hours ago, the rapper, covered in a bed sheet, tearily announced she's retiring from the music industry, removing her music from all streaming platforms, and leaving social media. She addressed her tweets, saying that this announcement is not just a response but the reason for the drama. "Recently, the past night, and today, I just been sporadic. It's because I wanted to get as much attention as possible to let y'all know that I will no longer be doing music. And all of my music will be coming off every platform," CupcakKe said in the video.

With a history of dealing with mental health issues publicly, this latest rollercoaster of events is a cause for alarm for many fans. The Chicago rapper has been open with fans about her struggles, and tweeted to let them know she was okay after a suicide scare that led her to be hospitalized in January, writing, "I'm finally getting the help that I need to get through, be happy, & deliver great music."

There's a lot left unknown about how CupcakKe is doing now, but here's a rundown of what she shared in her 18-minute Instagram Live video:

She's worried about her music "corrupting the youth."

She explained that it was a video of a young, possibly 13-year-old, girl dancing to her music that caused her to rethink her music. She also mentioned feeling uncomfortable with her tours being all-age due to the explicitly sexual content of her music. "I just decided that's it, I don't wanna do music no more."

We don't have news yet for what exactly this means for those with tickets to the remaining 17 shows, but the rapper says she won't be continuing on with the tour.

She has a gambling addiction.

In the video, CupcakKe opened up about a gambling addiction that led her to lose $700,000 in a casino last September. She says the experience opened her eyes to the true intentions of those around her, "I learned who my friends were and who weren't, you know, who aren't."

Those Shawn and Camila tweets were all for attention.

"Real fans that know me know me know I genuinely don't talk about no one, I just did it to bring awareness to this, to let ya'll know that I am through." She acknowledged that she could have instead done something more positive for attention but, "we all know that the media loves drama."