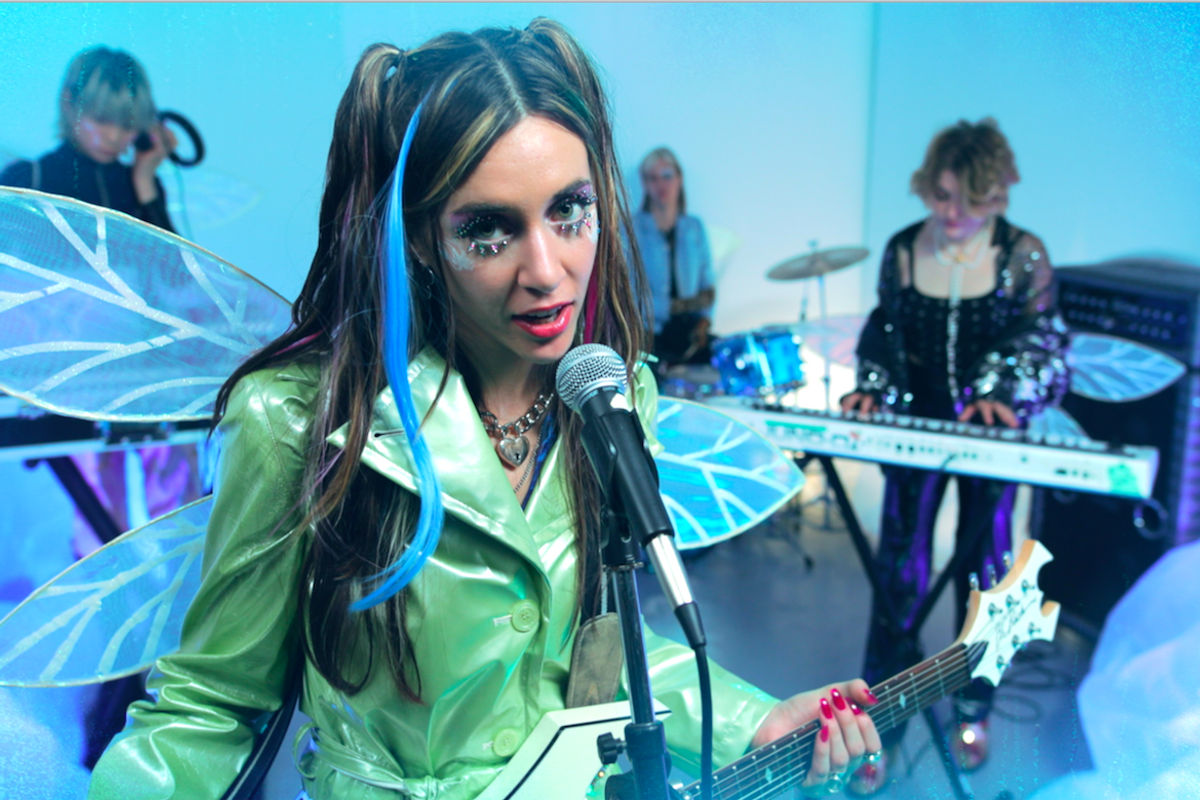 Cowgirl Clue knows a thing or two about breaking the ice, if the fantastical, frost-loving music video for her second single, "Icebreaker," is any indication.

Taken from her self-produced debut, Icebreaker, the video is Clue's first foray into the world of experimental electronic pop. Serving as a metaphor for her own "break" into the music industry, "Icebreaker" is an introduction to Clue's bubbly, oddball version of DIY — aka VadaVada, which also serves as the name for her new musical collective.

For the video itself though, Clue decided to take a more literal approach to the concept of an "Icebreaker," creating a feel-good, ice-punk party fantasy with a little help from her supergroup band of fairies — played by Ryon Wu, The Garden's Wyatt Shears, and Frances-Bean Cobain. Paired with icy accents, fluttering synths, and the funkiest bassline this side of the Vadaverse, think Deee-Lite being transported to a 2019 rave happening in the world's wildest walk-in freezer.

Coupled with lyrics about crushes, shots of Capri Sun pouches, and a bunch of frosted glass, Clue calls the playful, ice utopia set-up a great summary of "the core character of Cowgirl Clue." And it shouldn't come as any surprise that the out-of-this-world video was touched by some of queer pop's rising talent — including director/producer Weston Allen, production designer Mood Killer, and producer Dorian Electra. Now the only question is, where was our invite?

Check out the party for yourself, below.

Catch Cowgirl Clue at her upcoming show with Coco & Clair Clair and DJs Dorian Electra and Puzzle on 5/24 at the Constellation Room in Santa Ana, CA.