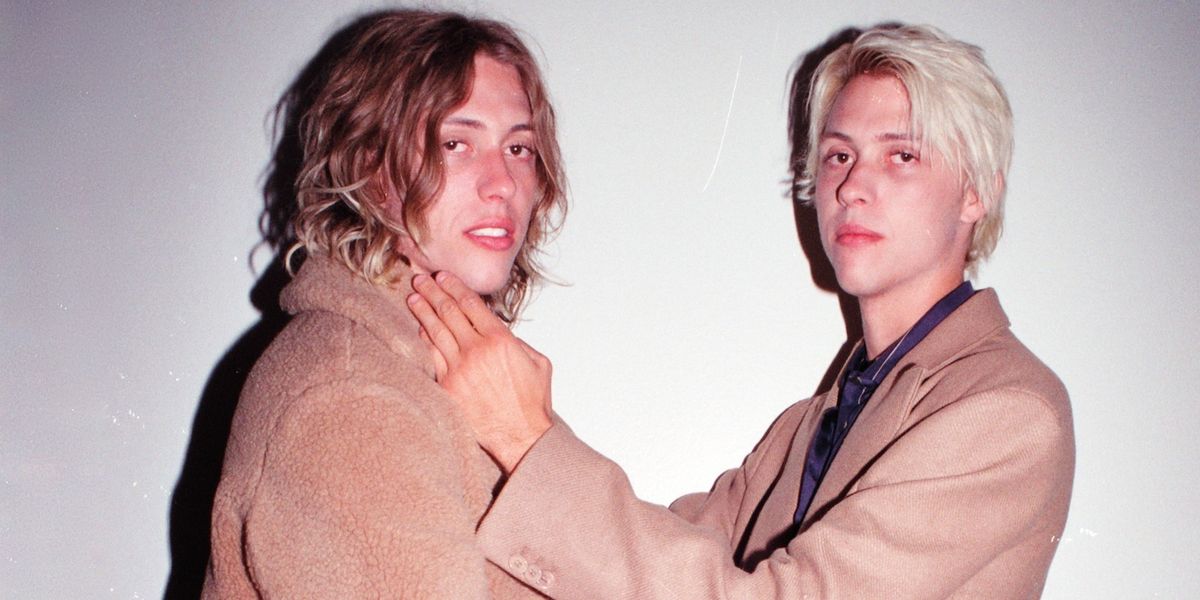 Meet the Boys In the Garden

Twins Wyatt and Fletcher Shears are making waves in the music and fashion industries. 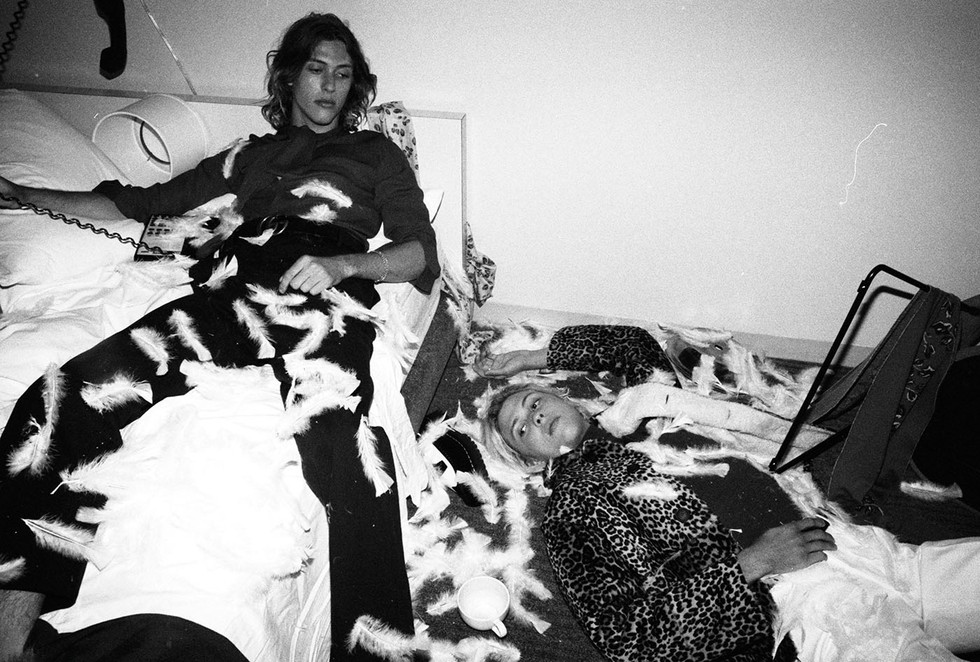 Fletcher wears a Gucci shirt, belt, and pants, and an Orley scarf; Wyatt wears a Burberry Prorsum jacket, and a Bally turtleneck and pants 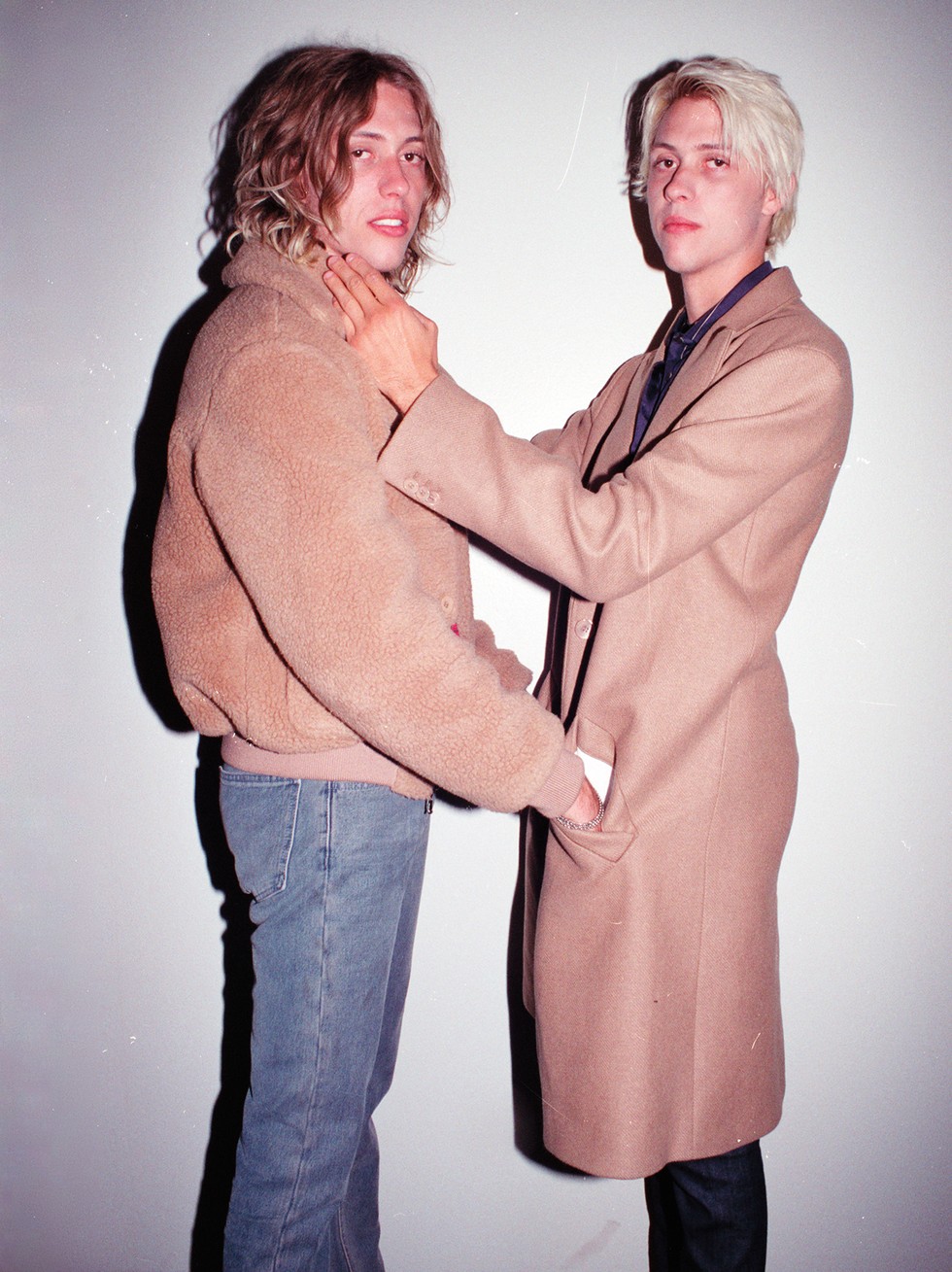 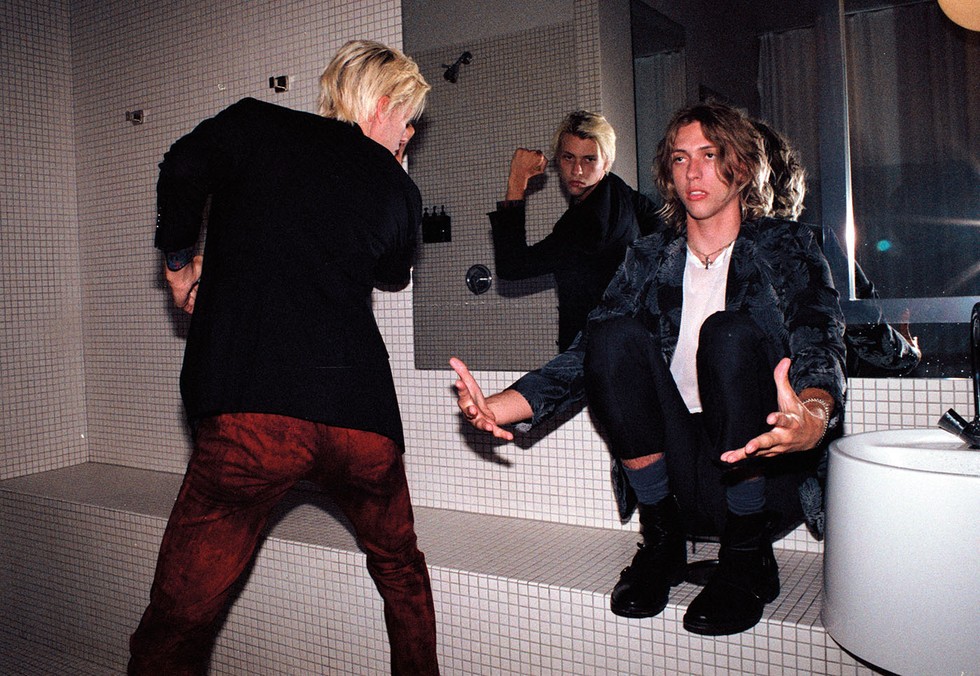 Listening to the Garden is like eavesdropping on an inside joke that's been honed to deadpan perfection by two people who once shared a womb. Twenty-one-year-old Orange County twins Wyatt and Fletcher Shears play telepathically tight music, rooted in Fletcher's propulsive drums and Wyatt's elastic bass, with a Ween-like absurdist streak -- unplaceable accents, spazzy raps, lines in which they icily compare themselves to "a ghost with flip-flops."

But the result goes beyond novelty: their new album, haha, whose 17 songs total 35 minutes, documents a rare connection. Punk, art rock, hip-hop and electronic music all seem hardwired in the Shears circuitry. What comes out, whether it's the pop-leaning "Egg" or the party anthem "We Be Grindin'," is so oddly intuitive that they had to make up a new name for it: vada vada.

It's a form that might have been stunted in L.A. or any other overcrowded creative hotbed. But Orange County, which usually conjures up images of Disneyland, suburban sprawl and Mischa Barton saying, "Heeey," has for decades fostered a vital if embattled all-ages community -- one that currently revolves around venues like the Observatory and the sprawling punk conglomerate Burger Records. "Look around," Wyatt says. "There's blue-collar people, kids running around, graffiti, back alleyways, really cool little Mexican restaurants. We are definitely able to find the culture."

Then there's the look. The twins' fondness for dangly earrings, Miami Vice suits and the occasional dress caught the eye of Hedi Slimane a couple years ago; to date they've walked in three Saint Laurent shows. They may still live with their parents, dividing their creative time between the garage and "the desk side of the room" they share, but the Shears brothers, in life as in song, know how to cram a lot into a short time span. Says Wyatt: "Now we're becoming the old guys."

Grooming by Marina Migliaccio for The Rex Agency using IT Cosmetics