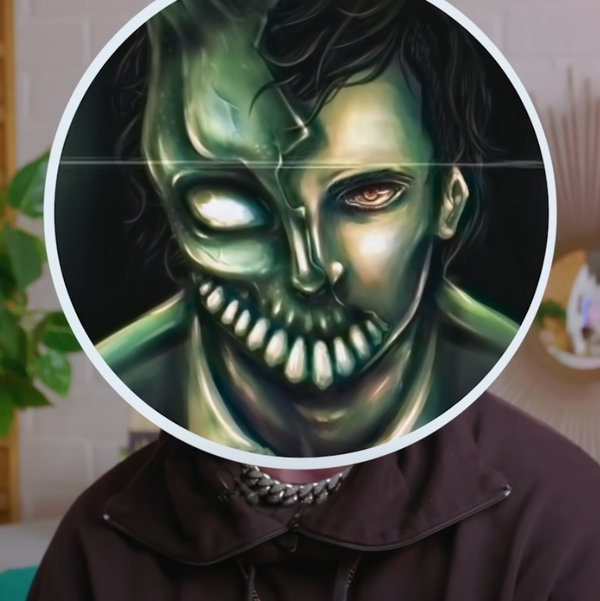 Corpse Husband has given his followers an unfortunate update on his chronic illness.

Earlier this month, fans became extremely concerned after the enigmatic YouTuber revealed during a broadcast that his ongoing health problems — which include fibromyalgia, GERD, and thoracic outlet syndrome — might force him to stop streaming.

"I don't think I'm physically capable, like in the future. I already stream once or twice, and I don't think that's something I can do for a long time," he said at the time, before adding that his symptoms had been "pretty bad" as of late. And while his followers were initially hopeful that he would get better soon, according to Corpse himself, that sadly doesn't appear to be the case.

On Tuesday, the social media star took to his alternate Twitter account to relay the results of a recent medical test, before saying he wasn't sure how to handle the bad news.

"I did my needle EMG for my nerve conduction study and got some results that are not good," he wrote. "I don't really know how to process it or cope with it. I still want to participate in everything coming up. If I seem off in any upcoming things, that's why. I don't really know what to do."

And though the doctors "probably identified the problem with [his] arms," Corpse went on to explain that the devastating diagnosis also meant there wasn't much else the doctors could do for him in terms of treatment.

He continued, "They basically told me I'm going to be in pain like this for the rest of my life and that it's only going to get worse, and there's not much I can do about it besides relieve it sometimes with injections. Idk."

See his tweets, below.

They probably identified the problem with my arms. They basically told me i'm going to be in pain like this for the rest of my life and that it's only going to get worse, and there's not much I can do about it besides relieve it sometimes with injections.
Idk.