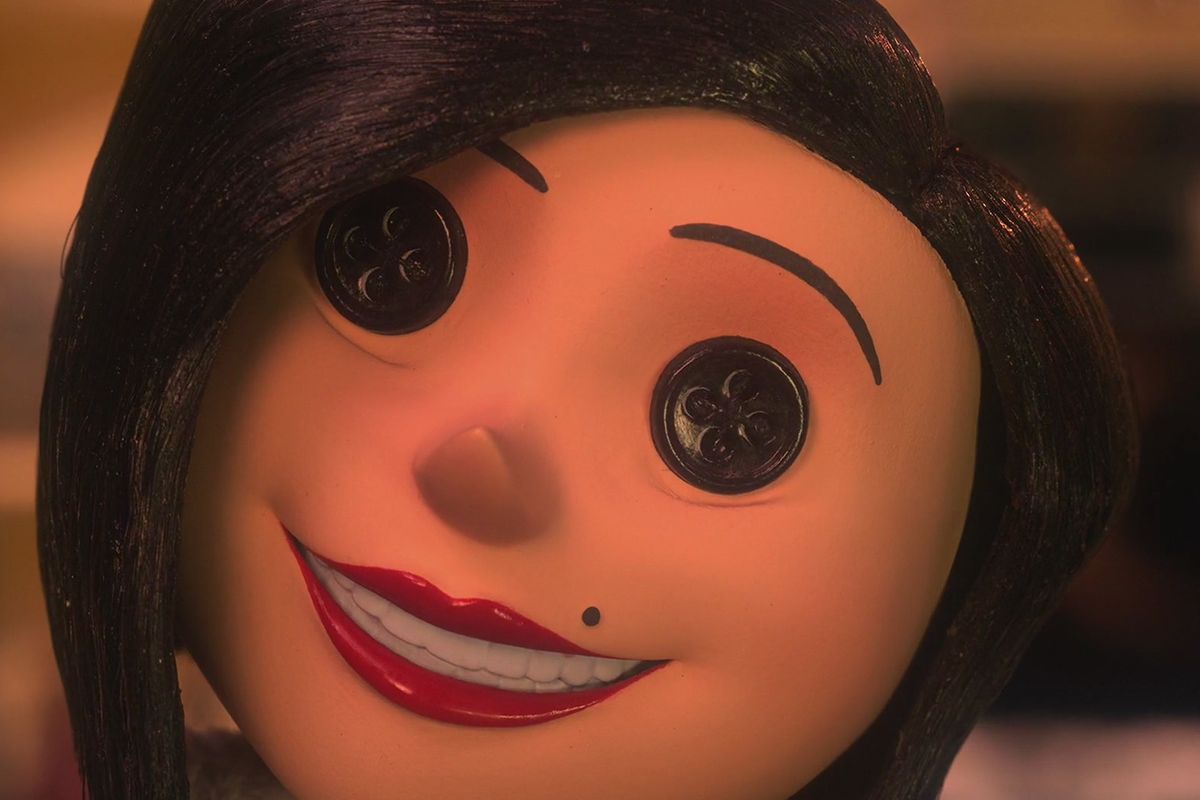 'Coraline'-Inspired Claymation Is Trending on TikTok

The next best TikTok trend isn't always a series of dance moves, as evidenced by the lip-syncing app's most recent viral fad: stop motion movements to the tune of everyone's favorite creepy claymation hit movie, Coraline.

Using unique recording speed methods to create the illusion of truncated or elongated movements isn't a new concept on TikTok, but the trend of making yourself into a bona fide Henry Selick character only took off when a user named Amileyon (@jrpixie), also known as the "CEO of Stop Motion," started making videos as The Other Mother from Coraline. The most popular video on Amileyon's page, a reenactment of a scene from the 2009 film, has amassed almost three million views since it was posted just under a week ago.

I ended up looking robotic at the end but whatever its 6am. ##foryou ##foryoupage ##fyp ##4yp ##xyzbca ##claymation

"I ended up looking robotic at the end but whatever its 6am," Amileyon wrote in the caption of the video with over 600,000 likes. Early morning or not, the comments on the post represent a mix of awe, excitement, and demands for a tutorial. It didn't take long for people to figure out the secret to stop-motion success, and after getting a behind-the-scenes look at Amileyon's process, users have been tagging their own #claymation posts over the top of a harp cover of "Exploration" from the Coraline soundtrack.

The eerie effect created by the trend is a sort of visual complement to the more flowing and uptempo dance challenges on TikTok, like Haley Sharpe's "Say So" or Jalaiah Harmon's "Renegade," but somehow still fits the spirit of the app. In addition to checking the nostalgia factor box for Gen Z'ers missing the classic films of their childhood, it also presents a unique learning curve to master — a real-time challenge — just like the quick movements and muscle memory required to participate in the TikTok trends of yesteryear. Remember the animatronic family, anyone?

Related | TikTokers Are Rediscovering That 'Glee' Was... a Show

It's only a matter of time before cosplayers and even more casual users of the app apply the stop-motion skill to other popular claymation films, with a considerable amount of users already roleplaying as their favorite characters from The Nightmare Before Christmas and an assortment of other Tim Burton movies. I personally vote for some retribution for the critically-missed A Shaun the Sheep Movie: Farmageddon, which saw a straight-to-Netflix release in February, but do with that suggestion what you will — Coraline is cool for now.

I tried doing the claymation trend 💀💀