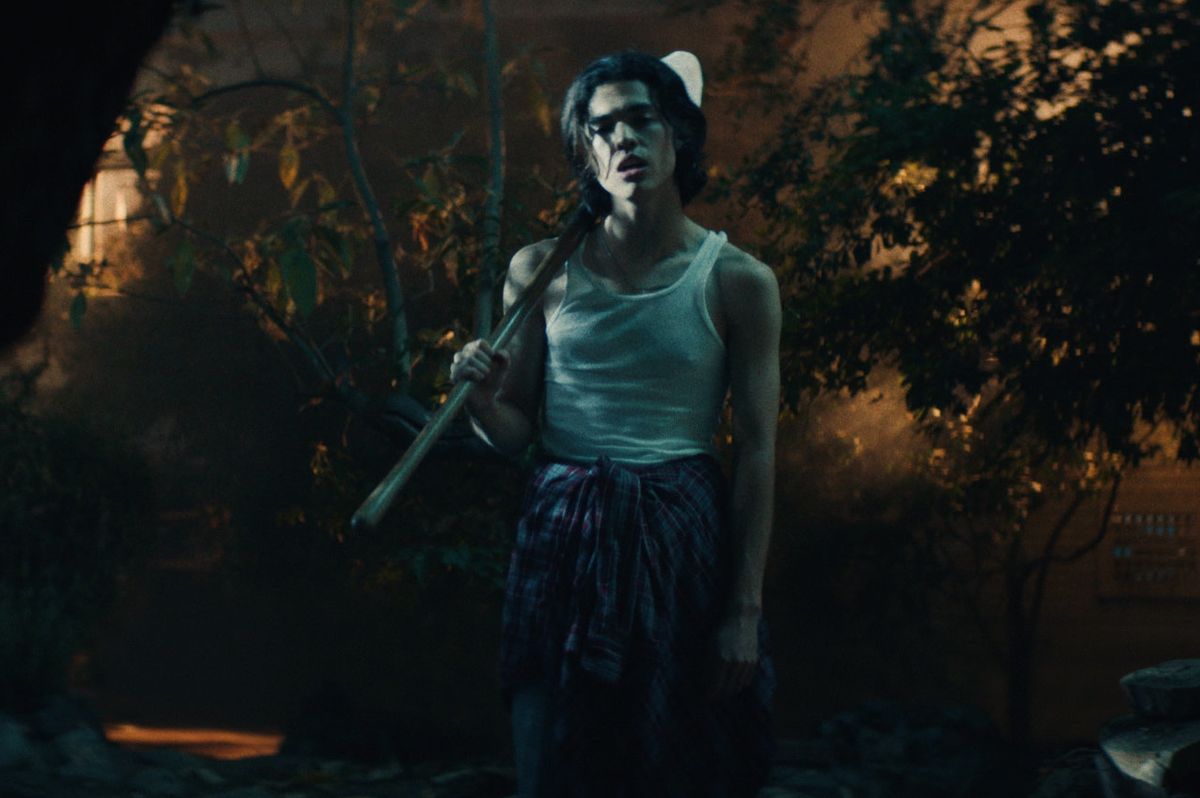 Conan Gray's Loneliness Is Killing Him

Everyone knows the line, "My loneliness is killing me." It marked the world's official introduction to a global teen superstar named Britney Jean Spears. But underneath that iconic lyric is a confession about how painful it is to be young and growing up.

YouTube sensation and 20-year-old singer-songwriter Conan Gray is well on his way to similar superstardom, and has a new song called "Comfort Crowd" covering, not necessarily how lonely it is at the top, but the desire to be alone with someone, even if it's awkward. The song's dreamy melodies, nostalgic acoustic sound, and vulnerable lyrics underscore the video's darker themes, both of which premiere today on PAPER.

"I wrote 'Comfort Crowd' during a particularly lonely part of my past year," Gray says. "I had just moved away to college, and all my friends were back home in Texas. I distinctly remember sitting in bed with my guitar, wishing that my best friend were with me so we could just sit in silence together on our phones like we used to. I just really needed some company, that kind of company that didn't require attention. That kinda company with someone who you're so close to, you don't need to say a single word to fill the 'uncomfortable' silence."

In the moody, Brume-directed video, for which Gray wrote the treatment, he's in an isolated house with a clone of himself before eventually killing him off. Throughout the film, there are horror-style setups of shovels and nosebleeds, but Gray's diehard fanbase will certainly be able to relate, as Gray explains it is a commentary on the ever-changing nature of growing up.

"I knew I wanted the video to evoke that mood: of being alone with someone or with yourself," Gray says. "I think that anyone in their adolescence can relate to feeling like they're constantly having to kill themselves off and rebuild from scratch, so I wanted to make commentary on that theme as well; a theme that runs common throughout my whole upcoming debut album. Growing up is a process that's often painful, and you end up with a lot of skeletons in the closet, a lot of painful memories you want to ignore, and a lot of wounds you need healed by spending time with someone you love."

"Comfort Crowd" is the first taste of his highly anticipated debut album. It follows the success of last year's Sunset Season EP, which has so far racked up 160 million streams and counting, and also his sold-out European tour and sold-out North American tour dates this past spring.

You can catch Gray again this fall on his Comfort Crowd Tour, with a standalone September 20 engagement, and kicking off for six weeks on October 29. All upcoming dates are below, and you can buy your tickets, here.