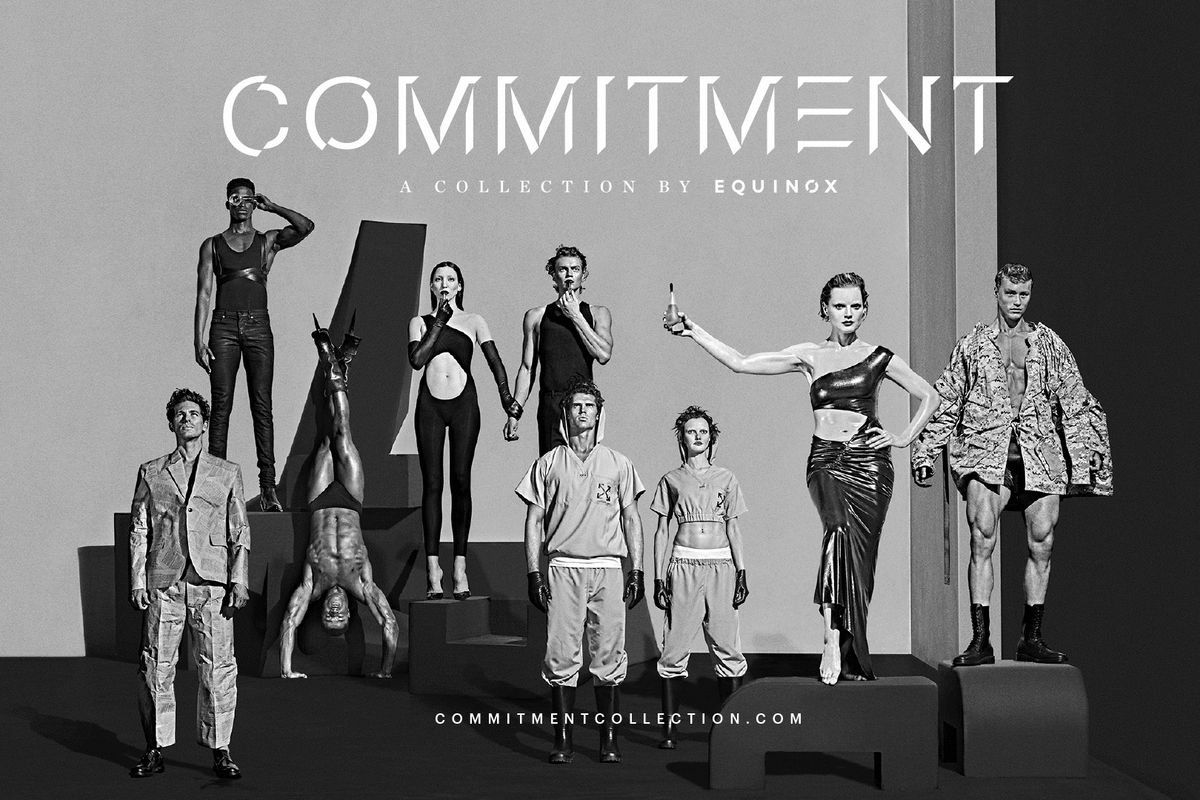 Equinox made me do it. What did it make me do? Commit to something. And what might that something be? Commitment.

All these tag lines have done gangbusters to promote the high-end luxury gym chain, Equinox. Now the focus is on defining commitment by giving back.

Their latest campaign, "Commitment, A Collection" seems to be a natural succession of its slick and bold advertising campaigns. (Last year, for pride, the brand made waves with fussed-over ads representing breast-feeding and every letter of the LGBTQ initialism). The theme this go-round is a special-edition collection of seven one-of-a-kind luxury goods, "inspired by influential social and political movements, including the Stonewall Riots and female empowerment," according to a release.

The catch is that none of the items are for sale, and will be auctioned off throughout 2018. Proceeds will be donated to longtime Equinox charitable partners such as the Heroes Project, and most notably, Memorial Sloan Kettering Cancer Center, which is a partner in Equinox's annual Cycle for Survival initiative.

Renowned photographer Steven Klein was tapped to photograph the creative campaign, and the images include backstories on a microsite, which you can visit here.